Will Trump Be Forced into War with Russia? BRIAN CLOUGHLEY 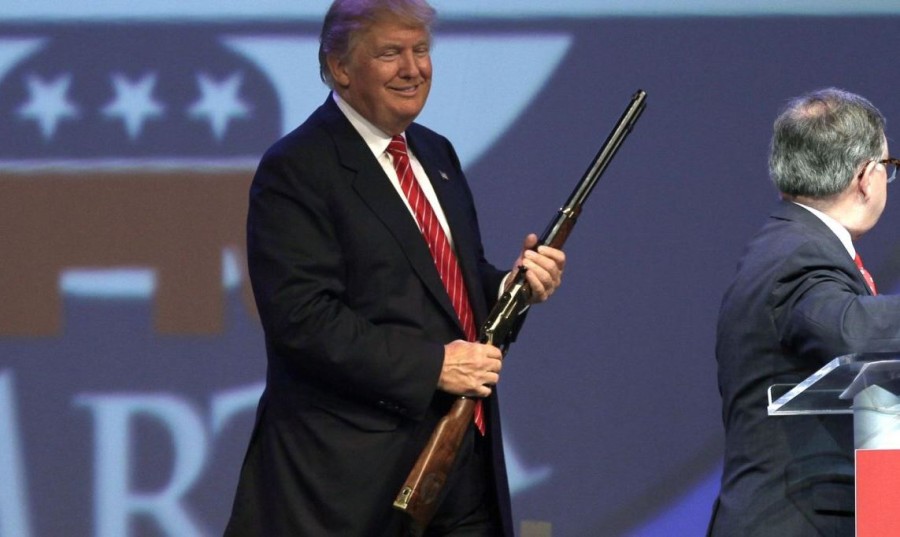 | 25.02.2017 | OPINION
The propaganda war being waged by the well-fed mainstream Western media has received a boost since it became clear that President Trump’s chief counsellors and associates are almost without exception relentlessly anti-Russian. His newly-appointed National Security Adviser, General HR McMaster, was noted by Reuters as believing Moscow to be “an adversary rather than a potential partner.”

In the run-up to the presidential election it had been hoped by supporters of international trade, solid borders and mutual trust that Mr Trump would continue his policy of guarded amicability towards Russia. Nobody expected that on his entry to the White House a magic wand would be waved that would cancel out the Obama Administration’s insulting and entirely counter-productive attitude to President Putin and set relations on an even keel; but it was certainly hoped that common sense and realism would overcome blind malice.

This has not happened, and Trump has packed his team with military men whose antipathy to Russia is encapsulated by General McMaster’s allegation that Russia’s aim is to “collapse the post-Cold War security, economic, and political order in Europe and replace that order with something that is more sympathetic to Russian interests.”

As with most claims made by sabre-rattlers in Washington, London and Brussels, the McMaster contention was much publicised in the Western media which fails to give anything like the same cover to statements conveying the fact that war would be madness and that Russia has no intention of taking any action that could provide an excuse for the Pentagon and its Brussels sub-office to justify conflict.

On February 19 CNBC reported Craig Caffrey of IHS Jane’s, the world-respected defence analysis group, as saying that “we expect the Russian defence budget to fall again next year and it will sit below France in seventh position by 2020, based on current plans, with a total defence budget of $41.4 billion,” while US military spending is forecast to rise to $622 billion, which according to IHS Jane’s is about 40 percent of the world’s total defence expenditure.

Apart from practical considerations of a desire for trouble-free borders, expanded trade and social improvement for its citizens it is absurd to imagine that Russia, with a defence budget of a twelfth of that of the United States, would contemplate giving Washington a chance to go to war. Not even the most committed propagandists could claim that a reduction in defence spending is a signal that a country is gearing up to initiate major conflict.

Last year President Putin told the Italian newspaper Corriere della Sera that “only an insane person and only in a dream can imagine that Russia would suddenly attack NATO.” He pointed out that the number of Russian military exercises within its own borders was increased in response to NATO expansion throughout the region. These internal exercises were reported with shrill criticism in the Western media, but NATO’s aggressive expansion towards Russia’s borders, in deployment of troops and combat aircraft and ships along Russia’s frontiers, is accorded unquestioning approval.

The US magazine Newsweek has never been a reliable source of news, but has a fairly wide audience which it attempts to persuade that Russia is a major threat to America, the country with a military budget a dozen times that of Russia’s.

One recent Newsweek piece involved allegations that “Russian, so called, patrol flights, involving unannounced forays around and towards European airspace with transponders off, have increased since 2014.” This was an intriguing piece of amateur propaganda aimed at convincing readers that the Red Menace has grown in capability and intention, while ignoring the simple fact that every country has the right to move its aircraft in international airspace. The magazine’s description of a recent incident, when it breathlessly headlined that “NATO jets intercepted a skein of Russian combat aircraft, flying alongside Russian bomber planes above the Baltic Sea”, would be amusing were it not distorted and malicious. (The word ‘skein’ takes us back to the old days of Time and Newsweek, when they experimented amusingly with words and phrases. It means ‘a flock of wild geese or swans in flight’ but in this case, the less dramatic figure ‘2’.)

Newsweek reported that “According to Lithuania’s Ministry of Defence, which currently hosts the multinational police mission of jets from NATO [emphasis added] that assist in preventing incursions into the country’s airspace, Russian jets approached allied airspace February 14 and 16. NATO jets scrambled to escort a similar formation both times—an Il-22 bomber, tailed by two Su-27 fighters. The flights appeared to be a round trip from mainland Russia to its enclave of Kaliningrad and back. In both cases only the Il-22 had its transponder on. Only one of the flights, the second one, followed a submitted flight plan, which only detailed the movement of one of the three planes.”

At first glance this report might appear reasonable, but unfortunately for the dignity of journalism it is a jumble of tiny half-truths. The headline states there were “bomber planes”— in plural. But the text makes it clear there was a single Il-22. The statement that Russian aircraft ‘approached allied airspace’ is intended to convey that the aircraft deliberately flew towards airspace controlled by the US-NATO alliance and that this was in some way a threat. The rest of the text, however, records that the flight was simply a round trip over the Baltic from one part of Russia to another.

The aim of the piece was to persuade its readers that the Moscow Menace is constantly deploying “Russian combat aircraft, flying alongside Russian bomber planes” to intimidate innocent Lithuanians and citizens of other Baltic States, although it is never recorded that no Russian aircraft has violated foreign airspace around the Baltic or anywhere else.

The report was typical (without the fantasising ‘skein’) of Western media comment on Russia that is intended to create alarm where none is remotely justified. We are repeatedly told that the new General managers in Washington are intellectuals and military historians. Let them bear in mind the words of Eisenhower, their own great president, who declared that “I hate war as only a soldier who has lived it can, only as one who has seen its brutality, its futility, its stupidity. Every gun that is made, every warship launched, every rocket fired signifies in the final sense, a theft from those who hunger and are not fed, those who are cold and are not clothed. This world in arms is not spending money alone. It is spending the sweat of its labourers, the genius of its scientists, the hopes of its children. This is not a way of life at all in any true sense. Under the clouds of war, it is humanity hanging on a cross of iron.”

Then they should reflect on President Putin’s statement about war to the effect that “people with some common sense cannot even imagine such a large-scale military conflict today. We have other things to think about, I assure you.”

Let’s hope President Trump has other things to think about, as well. Or will his generals force him into war?http://www.strategic-culture.org/news/2017/02/25/will-trump-forced-into-war-with-russia.html