Why the New Silk Roads Terrify Washington by Pepe Escobar 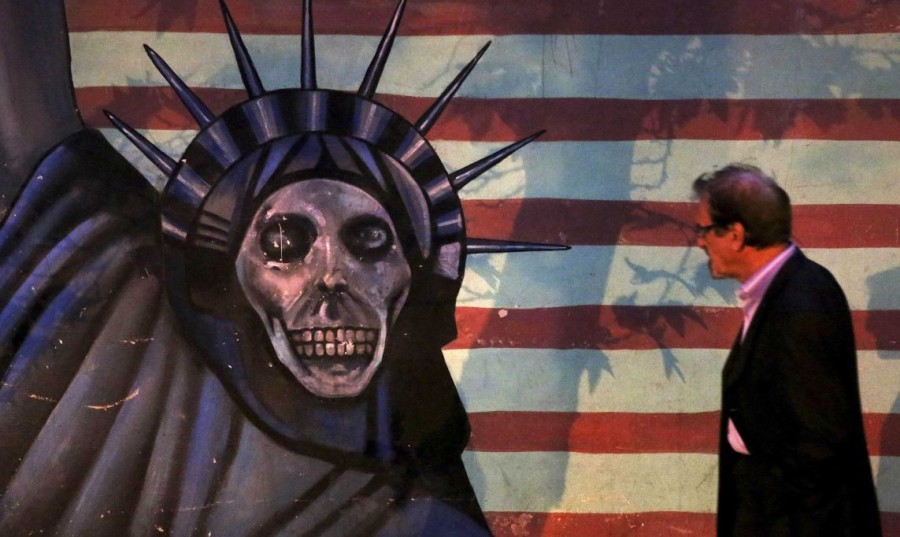 Pepe Escobar is the author of Globalistan: How the Globalized World is Dissolving into Liquid War (Nimble Books, 2007), Red Zone Blues: a snapshot of Baghdad during the surge and Obama does Globalistan (Nimble Books, 2009). His latest book is Empire of Chaos   11.10.2016

Almost six years ago, President Putin proposed to Germany ‘the creation of a harmonious economic community stretching from Lisbon to Vladivostok.’

This idea represented an immense trade emporium uniting Russia and the EU, or, in Putin’s words, “a unified continental market with a capacity worth trillions of dollars.”

In a nutshell: Eurasia integration.

Washington panicked. The record shows how Putin’s vision – although extremely seductive to German industrialists – was eventually derailed by Washington’s controlled demolition of Ukraine.

Three years ago, in Kazakhstan and then Indonesia, President Xi Jinping expanded on Putin’s vision, proposing One Belt, One Road (OBOR), a.k.a. the New Silk Roads, enhancing the geoeconomic integration of Asia-Pacific via a vast network of highways, high-speed rail, pipelines, ports and fiber-optic cables.

In a nutshell: an even more ambitious version of Eurasia integration, benefiting two-thirds of the world population, economy and trade. The difference is that it now comes with immense financial muscle backing it up, via a Silk Road Fund, the Asian Infrastructure Investment Bank (AIIB), the BRICS’s New Development Bank (NDB), and an all-out commercial offensive all across Eurasia, and the official entry of the yuan in the IMF’s Special Drawing Rights; that is, the christening of the yuan as a key currency worth holding by every single emerging market central bank.

At the recent G20 in Huangzhou, President Xi clearly demonstrated how OBOR is absolutely central to the Chinese vision of how globalization should proceed. Beijing is betting that the overwhelming majority of nations across Eurasia would rather invest in, and profit from, a “win-win” economic development project than be bogged down in a lose-lose strategic game between the US and China.

And that, for the Empire of Chaos, is absolute anathema. How to possibly accept that China is winning the 21st century / New Great Game in Eurasia by building the New Silk Roads?

And don’t forget the Silk Road in Syria

Few in the West have noticed, as reported by RT, that the G20 was preceded by an Eastern Economic Forum in Vladivostok. Essentially, that was yet another de facto celebration of Eurasia integration, featuring Russia, China, Japan and South Korea.

And that integration plank will soon merge with the Russia-led Eurasia Economic Union – which in itself is a sort of Russian New Silk Road.

All these roads lead to total connectivity. Take for instance cargo trains that are now regularly linking Guangzhou, the key hub in southeast China, to the logistics center in Vorsino industrial park near Kaluga. The trip now takes just two weeks – saving no less than a full month if compared with shipping, and around 80 percent of the cost if compared with air cargo.

That’s yet another New Silk Road-style connection between China and Europe via Russia. Still another, vastly more ambitious, will be the high-speed rail expansion of the Transiberian; the Siberian Silk Road.

Then take the closer integration of China and Kazakhstan – which is also a member of the EEU. The duty-free Trans-Eurasia railway is already in effect, from Chongqing in Sichuan across Kazakhstan, Russia, Belarus and Poland all the way to Duisburg in Germany. Beijing and Astana are developing a joint free trade zone at Horgos. And in parallel, a $135 million China-Mongolia Cross-Border Economic Cooperation Zone started to be built last month.

Kazakhstan is even flirting with the ambitious idea of a Eurasian Canal from the Caspian to the Black Sea and then further on to the Mediterranean. Sooner or later Chinese construction companies will come up with a feasibility study.

A virtually invisible Washington agenda in Syria – inbuilt in the Pentagon obsession to not allow any ceasefire to work, or to prevent the fall of its “moderate rebels” in Aleppo – is to break up yet another New Silk Road hub. China has been commercially connected to Syria since the original Silk Road, which snaked through Palmyra and Damascus. Before the Syrian “Arab Spring”, Syrian businessmen were a vital presence in Yiwu, south of Shanghai, the largest wholesale center for small-sized consumer goods in the world, where they would go to buy all sorts of products in bulk to resell in the Levant.

Neocon/neoliberalcon Washington is totally paralyzed in terms of formulating a response – or at least a counter-proposal – to Eurasia integration. A few solid IQs at least may understand that China’s“threat” to the US is all about economic might. Take Washington’s deep hostility towards the China-driven AIIB (Asia Infrastructure Investment Bank). Yet no amount of hardcore US lobbying prevented allies such as Germany, Britain, Australia and South Korea from joining in.

Then we had the mad dash to approve TPP – the China-excluding, NATO-on-trade arm of the pivot to Asia that was meant to be the cherry of the mostly flat Obama global economic policy cake. Yet the TPP as it stands is practically dead.

What the current geopolitical juncture spells out is the US Navy willing to go no holds barred to stop China from strategically dominating the Pacific, while TPP is deployed as a weapon to stop China dominating Asia-Pacific economically.

With the pivot to Asia configured as a tool to “deter Chinese aggression”, exceptionalists have graphically demonstrated how they are incapable of admitting the whole game is about post-ideological supply chain geopolitics. The US does not need to contain China; what it needs, badly, is key industrial, financial, commercial connection to crucial nodes across Asia to (re)build its economy.

Those were the days, in March 1949, when MacArthur could gloat,“the Pacific is now an Anglo-Saxon lake”. Even after the end of the Cold War the Pacific was a de facto American lake; the US violated Chinese naval and aerial space at will.

Now instead we have the US Army War College and the whole Think Tankland losing sleep over sophisticated Chinese missiles capable of denying US Navy access to the South China Sea. An American lake? No more.

The heart of the matter is that China has made an outstanding bet on infrastructure building – which translates into first-class connectivity to everyone – as the real global 21st century commons, way more important than “security”. After all a large part of global infrastructure still needs to be built. While China turbo-charges its role as the top global infrastructure exporter – from high-speed rail to low-cost telecom – the “indispensable” nation is stuck with a“pivoting”, perplexed, bloated military obsessed with containment.

Divide and rule those “hostile” rivals

Well, things haven’t changed much since Dr. Zbig “Grand Chessboard” Brzezinski dreaming in the late 1990s of a Chinese fragmentation from within, all the way to Obama’s 2015 National Security Strategy, which is no more than futile rhetorical nostalgia about containing Russia, China and Iran.

Thus the basket of attached myths such as “freedom of navigation” – Washington’s euphemism for perennially controlling the sea lanes that constitute China’s supply chain – as well as an apotheosis of“China aggression” incessantly merging with “Russia aggression”;after all, the Eurasia integration-driven Beijing-Moscow strategic partnership must be severed at all costs.

Why? Because US global hegemony must always be perceived as an irremovable force of nature, like death and taxes (Apple in Ireland excluded).

Twenty-four years after the Pentagon’s Defense Planning Guide, the same mindset prevails; “Our first objective is to prevent the reemergence of a new rival…to prevent any hostile power from dominating a region whose resources would, under consolidated control, be sufficient to generate global power. These regions include Western Europe, East Asia, the territory of the former Soviet Union and southwest Asia”.

Oops. Now even Dr. Zbig “Grand Chessboard” Brzezinski is terrified. How to contain these bloody silky roads with Pentagon “existential threats” China and Russia right at the heart of the action? Divide and Rule – what else?

For a confused Brzezinski, the US should “fashion a policy in which at least one of the two potentially threatening states becomes a partner in the quest for regional and then wider global stability, and thus in containing the least predictable but potentially the most likely rival to overreach. Currently, the more likely to overreach is Russia, but in the longer run it could be China.”

Have a pleasant nightmare.

This piece first appeared on RT.