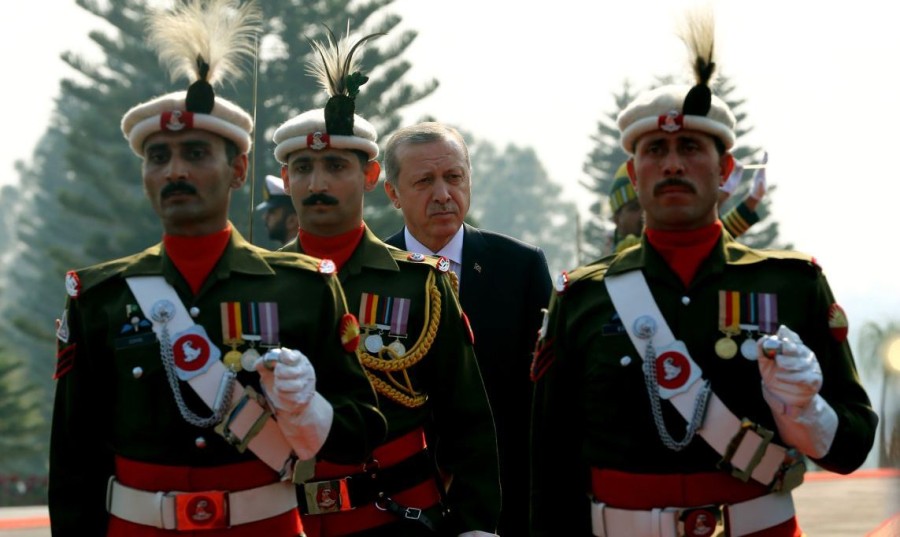 Turkish President Recep Tayyip Erdoğan’s visit to Russia came amidst some seismic shifts in international relations. Ideas that were taken for granted only yesterday are collapsing, and new alliances are emerging.

Looking at a map of Eurasia with this in mind, it is clear that Turkey is in a very difficult position. On one hand, Ankara is having some success in its attempts to blaze an independent trail within the sphere of its long-standing interests, by pressuring the European Union on migration, distancing itself from the US, and being actively engaged in Syria. On the other hand, Turkey’s leaders are well aware that they have limited scope for such maneuvers, given Turkey’s membership in NATO and its dependence on the balance of power in the Moscow-Washington-Ankara-Tehran-Damascus polygon.

At the same time, President Erdoğan cannot disregard the mood within his country, which is much more focused on the threat of domestic terrorism – as well as Turkey’s economic picture – than on Turkey’s push to be admitted into the EU or the fate of the Syrian city of al-Bab. All this is forcing Turkish officials to pursue a multipronged approach, in the tradition of the old Ottoman penchant for playing off the rivalries between the great powers (today this would primarily mean Russia and the US).

Turkey is interested in exercising as much control as possible over developments in Syria’s Kurdish regions. Ankara seems to have made some advantageous «trades», or, more simply – deals – an approach also favored by the new US administration. For example, in exchange for its promise to hold off on any active attacks on the region under Syrian Kurdish control near the city of Manbij, Turkey has won support for its proposal to establish mixed governance for a number of Kurdish cantons that would include a role for representatives from the government in Damascus, in order to prevent those regions from gaining autonomy.

Given the uneasy relationship between Russia and the US, the Turkish newspaper Türkiye made an apt observation about the complexity of the game being played by Ankara: «Ankara… appears decisive amidst all this uncertainty. When it comes to Syria, Turkey intends to continue in its role as a mediator between its ally and partner in a troubled marriage – the US, and its frenemy – Russia». The New York Times emphasizes that «Turkey’s main worry is not ISIS but ensuring that Syrian Kurds do not establish a ministate in northern Syria».

The leadership in Ankara also has its sights set on ensuring a higher status for the role of Turkey in resolving the Syrian crisis, compared with Iran, which Ankara accuses of working to create a «Shiite alliance».

At the same time, Turkey itself has been systematically pursuing the doctrine formulated long ago by Mustafa Kemal Atatürk in regard to the USSR. The founder of the Turkish Republic claimed that Ankara should «play a proactive game» by strengthening ties with the Turkic-speaking nations within the USSR, without waiting for what he viewed as the inevitable collapse of the Soviet Union. Since 1991, Turkey has been guided by this policy not only in the Black Sea, Caucasus, and Central Asia, but also in the Balkans. And the exit (possibly only temporary) from Turkey’s political stage of the author of the concept of «strategic depth» – Ahmet Davutoğlu – does not in any way signify a revision of this «proactive» agenda: on the contrary, in the near future it will probably be given a renewed emphasis.

The picture is further complicated by the crisis in the Turkish-EU relationship, particularly between Turkey and Germany in regard to Turkey’s upcoming general referendum in April. The EU’s rap sheet on Turkey – which includes accusations such as violating democratic freedoms, persecuting the opposition, shutting down inconvenient media outlets, and dramatically curtailing the influence of Turkey’s representative and judicial bodies – just keeps growing. And this is spurring Ankara to actively pursue a «targeted» policy towards European countries (primarily in the Balkans) that, from the viewpoint of the leitmotifs of neo-Ottoman ideology, are viewed as belonging to the sphere of Turkish influence. http://www.strategic-culture.org/news/2017/03/14/why-multipronged-approach-turkey-only-option.html