„Western Governments Claim that Moscow Must Pay For Damages In Ukraine“ F. Cunningham 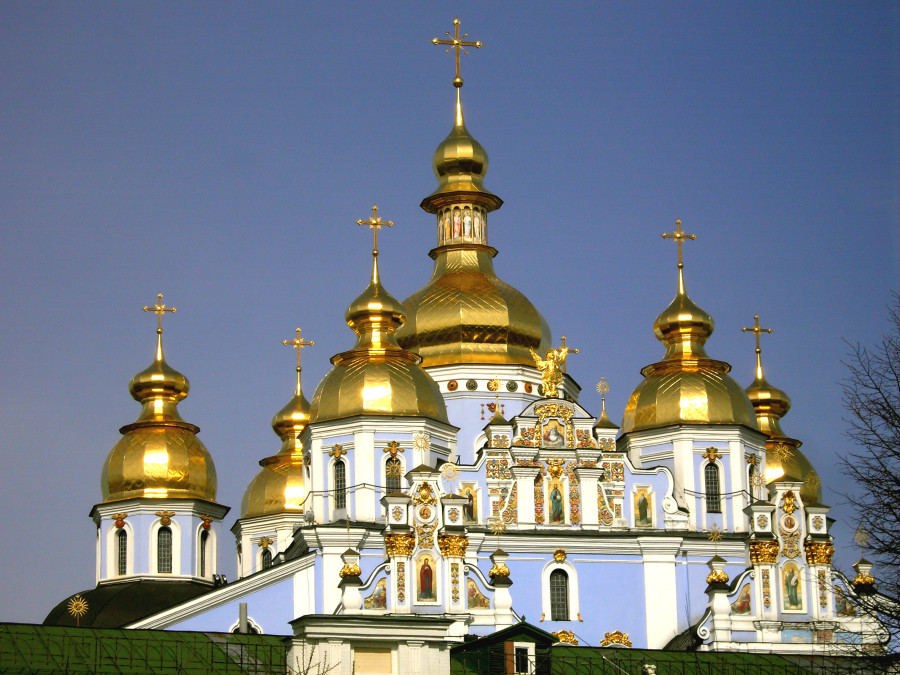 Since Washington and Brussels shunted the geopolitical tracks in the first place to create the financial train wreck that is now manifestly the Ukraine, you would think that there might be a sense of obligation on Western governments to salvage the mess. Not a bit of it, it seems.

Furthermore, the train wreck is careening dangerously into the Russian economy. But still, the Western governments adopt an attitude that Moscow must pay for the damages.

The Kiev ultra rightwing regime that Washington and Brussels railroaded into power in February this year, in an illegal coup d’état, has compounded fiscal bankruptcy with a seventh-month criminal war on the ethnic Russian population of the eastern Donbass regions, prompting up to a million refugees to stream across the border with Russia.

Earlier this month, the International Monetary Fund (IMF) warned that Ukraine will need to find an additional $19 billion to avoid bankruptcy if the Kiev regime continues with its military operations in the east of the country. That is on top of the $17 billion that the IMF has already committed to Kiev following the CIA-backed coup against the elected government of President Victor Yanukovych. The legality and delivery of those IMF funds are questionable given the Washington-based institute’s own prohibition on funding states that are engaged in war.

The depth of Kiev’s insolvency is probably even worse than the IMF’s own dire forecast. Sergei Glazyev, an economic advisor to Russian President Vladimir Putin, earlier this month reckoned that Ukraine will need at least $100 billion to stabilise its economy. He says that the Kiev regime won’t be able to meet its international obligations even if all the promised financial aid from the US and the European Union is delivered, which is doubtful. «Default is inevitable,» Glazyev concludes.

In this context of extreme credit unworthiness, it is not surprising therefore that Russia is insisting that the Kiev regime make prepayments for the further purchase of natural gas. Ukraine will require some 18 billion cubic metres of the fuel to see it through the bitter winter months – and all of it from Russia.

But from the way the Western news media are reporting the story, Russia is portrayed as acting unreasonably, or worse, engaging in blackmail.

‘Russia slaps conditions on Ukraine gas deal,’ the Financial Times reported this week following the apparent hitch in the latest trilateral talks between Brussels, Kiev and Moscow over the long-running dispute.

The FT went on to say that Moscow’s insistence on a system of prepayments was «dashing hopes that a deal to safeguard Europe’s energy supply this winter would be agreed» during the trilateral talks held on Tuesday in Brussels.

So there you have it. Russia is holding Europe and Ukraine to ransom, threatening everyone with hypothermia, by «slapping» on unreasonable conditions, according to the Western media. The Financial Times is supposed to be a leading business publication, so if it can’t get the rudimentary economic facts straight, then that doesn’t leave much hope for the imbecilic tabloid press.

Of course, this form of distorted reporting by Western media, from the so-called quality press to the gutter rags, is the new normal when it comes to the standoff with Russia over Ukraine. The eruption of violence in the east, the «land grab and annexation“ of Crimea, the instability of the Ukraine «government» (that is, the Western-backed illegal regime), the shooting down of the Malaysia civilian airliner in July, the shelling of civilian areas in Donetsk and the violation of a shaky ceasefire – all malfeasance is due to Russia, according to the Western media, whose coverage is in lockstep with the US State Department’s political agenda.

So, it’s no wonder that the Western media should now be accusing Russia of threatening Europe and Ukraine with a deadly winter freeze through skulduggery over gas payments.

The problem with this Western government and media narrative is that it is devoid of any facts and crucial context.

The fact is that Ukraine owes Russia $5.3 billion in unpaid gas bills going back several years. As Western consumer societies might just appreciate, if a customer does not make good on outstanding credit for a service or goods, then the supplier of that service is entitled by law to with-hold further delivery. We can be sure that the Financial Times, for example, would not keep handing out copies of its newspaper to customers who have clocked up years of non-payment.

This is the context for why Russia was obliged to put Ukraine on a prepayment basis over gas purchases back in June.

At a trilateral negotiation in Brussels on September 26, the parties appeared to reach an agreement on a winter package of gas supply to Ukraine from Russia to cover the months of October to March inclusively, which would be based on a prepayment scheme. The payment rate agreed to was $385 per 1,000 cubic metres of natural gas.

Granted, that payment rate is a lot more than what Moscow was previously supplying the Yanukovych government. But that was on a preferential basis to an ally. Given that the Kiev regime ousted this ally of Moscow and has shown unprecedented hostility towards Russia ever since the coup in February it is not unreasonable that Russian state-owned Gazprom has raised the price of its gas to $385, and especially because that figure is the average price paid by all European countries for Russian gas.

The September 26 agreement also stipulated that Kiev would pay off its $5.3 billion debt to Russia in roughly two equal tranches amounting to a total of $3.1 billion by the end of this year, with the first payment at the end of this month.

However, on October 13, the Kiev-appointed energy minister Yuriy Prodan announced an about-turn by declaring that the regime would not be making any prepayment, and that money would be forthcoming only after delivery of Russian gas. Such a truculent attitude is by no means the first time that Kiev has vacillated on commitments, not just over gas, but also in the realm of political negotiations to find a peaceful solution to the violence in the eastern regions. In a word, the Western-backed regime in Kiev has shown itself to be unreliable to say the least, if not downright unscrupulous. That conclusion is not based on random delinquent behaviour but rather on a systematic pattern since the regime seized power.

Then this week at the latest trilateral talks in Brussels, Kiev’s Prodan once again swivelled position and is now appearing to say that the regime will make good on the arrangement of prepayments.

That hardly sounds like an ironclad commitment to honour contracts with Russia and to make long overdue amends to outstanding debt. It sounds rather like more of the same shenanigans that typifies this warmongering junta.

Russia’s energy minister Alexandr Novak is therefore not only entitled, but is merely exercising a modicum of sanity, to insist that Kiev presents a definitive source of funds by the next trilateral meeting scheduled to take place on October 29.

To any reasonable person, Russia’s insistence on Kiev providing proof of ability and willingness to pay for the next delivery of natural gas is not an act of «intimidation» but rather is a basic and wholly justified reservation on the part of Moscow to make sure that it is indeed paid for a strategically vital export. One can only imagine how the US or EU would react if they were being dictated to by a hostile jumped-up regime.

What’s more, Russia’s adamant stance on gas prepayments is all the more warranted because the Western sponsors of the Kiev regime have so far shown little inclination to help it deal with its looming energy crisis.

Russian minister Novak points out that after six months of trilateral talks, Brussels has still not come up with a specific source or mechanism by which Kiev will finance its gas purchases from Russia.

Last week, Kiev put a request to the European Commission for a loan of $2.6 billion. But all that the EC would say is that it is considering the request. Yet, on the basis of no money, the EU’s energy commissioner Guenther Oettinger this week says that he expects a gas deal to be signed on October 29 between Russia and Ukraine under the auspices of Brussels.

Washington is even more circumspect than Brussels on the matter of providing hard cash to Kiev, as opposed to lots of hot-air promises of nebulous aid. One gets the feeling that the Western sponsors know full well that this regime is a basket case. Nevertheless, these Western sponsors are liable for the basket case that they created.

Russia is thus dead right to be sceptical and to insist: show us the colour of your money. If not, then the Western-aspiring regime should be ready to abide by its Western consumer-market principles. No money, no delivery – unless your Western daddy bails you out, which is not looking likely so far.

If Ukraine comes off the rails with an energy crisis this winter, the responsibility lies with the reckless regime-hijackers in Washington and Brussels. They created this wreck, they should pay for it – not the government of Russia, which has shown incredible forbearance in spite of gratuitous insults, provocation and insolence