Western Civilization at a Crossroads: Mythical Hegemony or Win-Win Paradigm? 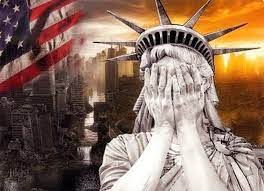 As the world is moving slowly but surely to the edge of the abyss, there is a parallel crisis going within the nations that claim to exemplify the best of “western values” while undermining and violating them at every point.

Of course, the West blames all the problems of the world on the East, particularly Russia and China but there are some “dissident” voices that need to be heard at least for the sake of those who are interested in searching for ideas that might avoid Armageddon.

Rudyard Kipling once wrote: “East is East, and West is West, and never the twain shall meet, Till Earth and Sky stand presently at God’s great Judgment Seat.”

In his poem, Kipling was expressing his belief that cultures of the East and West were so intrinsically different that any hope for harmony or mutual interest was little more than a delusion.

How could such a worldview possibly mesh with the cultures of Orthodox Russia, Confucian China, or the Islamic world? To the degree that those cultures maintained their ancient traditions and values, it obviously could not, as only total submission to a hegemon could resolve the conflict.

However, instead of looking to those modern heirs of Kipling’s vision based in Washington D.C. as the role models for ‘western civilization’, it would be much more appropriate to look instead to the much more dignified example of the founding fathers of America. Benjamin Franklin, George Washington, John Jay and John Quincy Adams were men who believed in peaceful conflict resolutions, promoted diplomacy over war, and sought solutions based in mutual self-interest for all parties. Those were also the days when Russia helped the newborn nation to withstand the pressure of colonial British Empire. This spirit of friendship was rekindled when Russia saved the union during the Civil War, and again as both nations fought to put down fascism in WW2.

The 1991 collapse of the USSR presented a unique chance for America to return the favor and exercise a geostrategic vision by sharing its best accomplishments in a win-win paradigm.

Russia and even the USSR under the late Gorbachev time frame were ready for the full integration with the West but instead, she was hollowed out under the dark age of looting overseen by the administration of Bill Clinton and IMF-imposed regime. They ensured that Russia’s industries were crushed, new oligarchs were built up on the riches of privatized state assets, which lead to the 1998 default of its economy.

At the same time, instead of dissolving itself as the Warsaw military block did, NATO continued its “drang nach Osten” with a broader ‘full spectrum dominance’ agenda encircling Russia with a missile shield that countless experts have warned can be made offensive in short notice.

At the same time another most visible destruction took place in Ukraine which today has become the sparkplug for a potential thermonuclear WW3.

This country that enjoyed one of the highest per capita economies of Europe in 1990 could have prospered by choosing neutral military status, while taking the best that the West and East could offer. Instead the West decided to turn it into anti-Russia strategic beachhead.

As a result, the Ukrainian economy has been devastated. It has lost its once powerful rocket/aviation/space/automotive industries, and is now ranked among the poorest in Europe and most corrupt states on Earth.

Along with the destruction of industry came the collapse of the population that has fallen from 52 million in 1990 to 37 million today. Outraged by the continuing resistance of the Ukrainian people to join NATO, the West orchestrated the 2014 regime change coup that resulted in the current military collision with Russia.

At the beginning of this war, it looked like Kyiv was ready to reach a compromise with Moscow, but Washington said NO. Instead, the USA, and NATO countries pour billions of dollars and huge numbers of the most sophisticated weapons to Ukraine urging it to continue the fighting that now threatens all of humankind with a nuclear catastrophe.

These are the gifts of the ugly counterfeit of ‘western values’ which proclaimed its absolute victory in the Cold War as ‘an end of history’. Then-senator Joe Biden in his 1992 ‘How I learned to love the New World Order’ embodied this arrogant paradigm stating: “Having contained Soviet Communism until it dissolved, we need a new strategy of ‘containment’ based, like NATO, on collective action”.

These champions of western values don’t mind Ukraine’s glorification of WW2 Nazi collaborators and modern day neo-Nazis. They pretend not to notice the elimination of Ukrainian political opposition parties, nor the destruction of the free media. These pretenders of western values even look the other way when the water supplies are cut off to the people of Crimea.

Back in 2015, the US Congress banned the Pentagon from training and equipping the Azov Battalion. Congressional representatives called it a “disgusting Nazi formation”.  Now its members are presented as valiant heroes, the “defenders of Mariupol”.

This and the horrifying results of the western wars in the Middle East with hundreds of thousand killed, millions wounded, and tens of millions war refuges prove that those who keep speaking  about western values, are like Kipling, merely Utopians ideologically committed to an age of total world’s domination under a modern remix of ‘the white man’s burden’.

This ideology underlies the downfall of every major empire throughout history, as it is only capable of destroying the diversity, and creative vitality so necessary for humanity to thrive and progress. It is a culture of dark ages, war and ignorance and it is everything that those leading figures of the renaissance and American Revolution sought to extinguish forever from the face of the Earth.

When the very thing which both Reagan and Gorbachev ruled out now presses ominously upon our future, it is worth asking if the West has lost the moral fitness to survive, or is there the power to restore the true heritage of 1776 with a look towards cooperating with nations of Eurasia before we light the world on fire?

Edward Lozansky is Founder and President of the American University in Moscow, and Editor-in Chief of the online magazine New Kontinent.

https://usrussiaaccord.org (American Comittee for US-Russian Accord)

A Study of Schiller’s The Ghost Seer