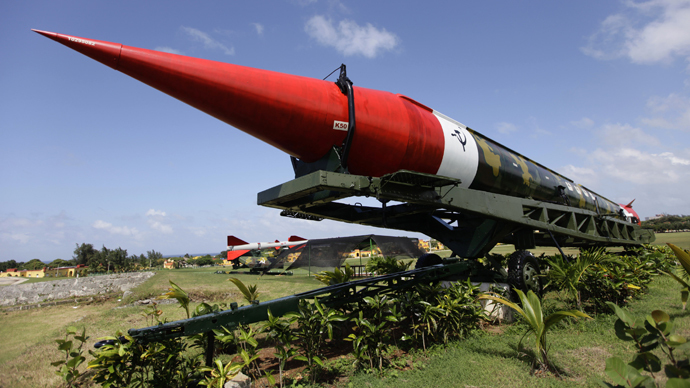 Washington has blocked the final document of a UN conference that reviewed the nuclear non-proliferation treaty, accusing Egypt of manipulating the gathering to target Israel. Moscow has slammed the US for rendering the four-week meeting futile.

The 9th international conference was held in New York from April 27 until May 22. A total of 162 Nuclear Non-Proliferation Treaty (NPT) participant states were in attendance. These conferences are held every five years to assess the worldwide disarmament process.

The blocked document included a plan to establish a nuclear-free zone in the Middle East. To do this, Egypt, who first proposed such a zone in 1980, suggested a regional UN conference on banning weapons of mass destruction. The gathering would have no pre-determined agenda and would go ahead with or without the presence of Israel.

This was stonewalled by the US, with Washington representative Rose Gottemoeller saying the final document reviewed on Friday was „incompatible with our longstanding policies.“

She accused Egypt and other Arab supporters of the nuclear-free zone of being „not willing to let go of these unrealistic and unworkable conditions,“ AP reports.

Israel, which is an observer, but not a participant of the NPT, is widely believed to have the Middle East’s only nuclear arsenal, which it has neither confirmed nor denied. It is also a close ally of the US.

Egypt expressed its disappointment and said: „This will have consequences in front of the Arab world and public opinion.“

Read more
Nukes within a year? ISIS magazine boasts they can be bought in Pakistan

Washington’s position was backed by the UK and Canada, ultimately sinking the proposal which had to be approved by all countries.

Russia, for its part, said it was committed to nuclear non-proliferation and saw similar commitment from most other participants.

„The vast majority of the delegations have noted that the treaty remains a ‚cornerstone‘ of international security and stability, and serves their interests,“ a Russian Foreign Ministry statement said. „Participant countries have confirmed their readiness to comply with their obligations under the NPT.“

„We regretfully acknowledge that because of the positions of the US, Britain and Canada, we could not adopt the final document which included provisions on fulfilling the 1995 resolution on creating a Middle East zone free of nuclear and other types of weapons of mass destruction.“ the Russian Foreign Ministry said.

It added, however, that Russia still has faith in the Treaty: „Despite such an outcome of the conference, the Russian Federation is ready to continue cooperating with other countries to help strengthen the NPT, provide its wholesomeness and viability.“