Turkey To End Support For Anti-Government Terrorists In Syria 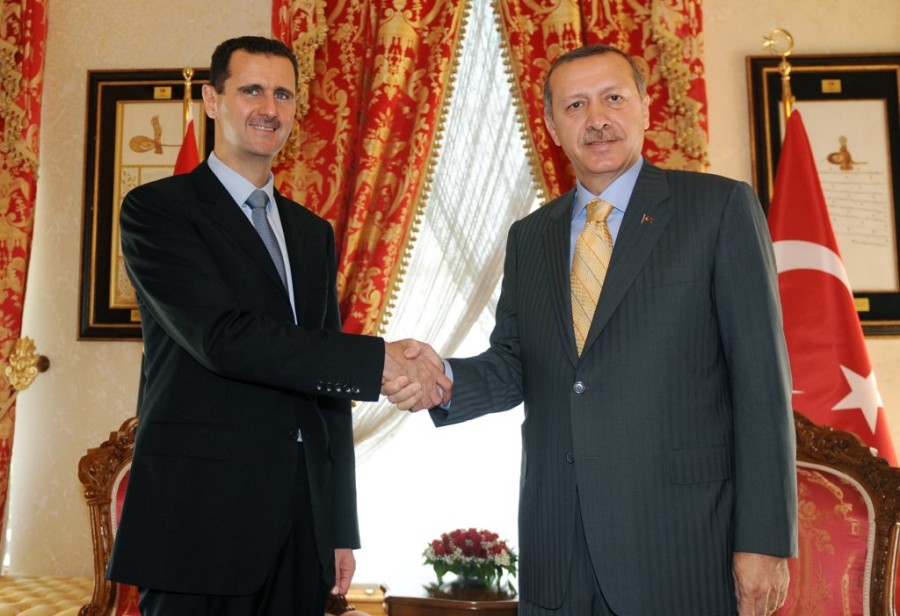 In a seismic shift in the alignment in the Syria conflict, Turkey has confirmed it is ending support to anti-government forces in Syria. Additionally, the umbrella political group National Coalition for Syrian Revolutionary and Opposition Forces is to have its recognition from Ankara withdrawn.

This represents Turkey’s position on Syria going full circle since Ankara entered the conflict in the year 2012.

Prior to 2012, Turkey and Syria enjoyed normal relations. As part of Turkish President Recep Tayyip Erdogan’s pivot to the Arab world, a policy some had called neo-Ottomanism, Ankara increasingly saw itself as a key king-maker in Arab affairs, in spite of the fact that few Arab countries sought Turkey’s alliance with the exception of Qatar. In this sense, Turkey’s move to support anti-government forces in Syria was more about opportunism than ideology. Although Erdogan had since his early political career advocated for what many call a Muslim Brotherhood style of Islamist politics, this had never previously prohibited him from having normal relations with Syrian President Bashar al-Assad prior to 2011.

Put another way, Turkey wanted to join the winning side and until Russia’s intervention in Syria at the behest of the Syrian government, many speculated that various anti-government forces which were heavily backed by Barack Obama’s government, would win.

Russia’s intervention combined with the incredible endurance and steadfast patriotism of the Syrian Arab Army has changed this and now both conventional wisdom and battlefield intelligence would point to a victory for the legitimate forces in Syria.

In this sense, Turkey’s exit from its political and apparently military support for anti-government forces in Syria is motivated by pragmatism just as sure as Turkey’s initial entrance into the conflict was motivated by opportunism.

Beyond this however, there are several other motivating factors.

Ever since Donald Trump took office, the United States began gradually pulling its support away from jihadist fighters in Syria while throwing the weight of US military and political power behind the Kurds who have also historically been supported by Israel.

This development his infuriated Erdogan as it would have done with any Turkish leader whether Kemalist or Islamist. While Turkey has expressed its frustrations at the US over the Kudish issue, the US seems to be complete ignoring Turkey and doing precisely the opposite of that which would make its NATO ‘ally’ contented. Turkey has stated that it will not tolerate a Kurdish state on its borders and the US has done precious little to assure Ankara that such a state will not foment.

With the possibility of increased Kurdish autonomy in Syria now increasingly probable and with the prospect of a Kurdish state in either Syria or Iraq more likely than at any time since the end of the Second World War, Turkey has reason to fear that an incredibly hostile force which has been heavily armed by the United States may spring up on its doorstep and more importantly, the doorstep of Turkey’s Kurdish regions which are a hotbed of the PKK (Kurdish Workers Party), a group Turkey labels as a terrorist group.

Secondly, in ending support for anti-government forces in Syria, Turkey is also easing latent tensions in the last remaining Middle Eastern conflict Ankara has had with Moscow. While Russia and Turkey have cooperated economically in spite of being on different sides of the Syrian conflict and while Turkey continues to participate in the Astana Peace Process with Syria’s partners Russia and Iran, Turkey was always viewed with suspicion by many throughout the process because of Ankara’s position in respect of anti-government forces.

It would appear that this is no longer the case as Turkey is now, at least from a legal and technical point of view, de-facto recognising the Syrian government as the only legitimate political force in Syria.

In the longer term, this will help Turkey in its pivot away from the US and EU and towards Russia and Russia’s regional partner Iran. President Erdogan has in recent months been cultivating increasingly good relations with Iran and as Iran is, like Turkey, on China’s economically crucial One Belt–One Road. In this sense, Turkey would need to have cooperated with Iran sooner or later and for the sake of good will in the service of pragmatism, Turkey has decided to do it sooner.

The message to Russia and Iran also sends a strong message to the United States. Turkey now has increasingly little in common with America in spite of maintaining the second largest army in NATO. Turkey is conducing commerce with Russia more vigorously than with any western state, Turkey is buying missile defence systems from Russia and not NATO and Turkey has strongly condemned the latest round of anti-Russian sanctions from the west in a statement filled with words designed to show solidarity with Moscow’s position. Turkey’s position on the Qatar-crisis further puts Ankara in a position which is slightly closer to Iran and much further from that of the United States as President Trump has openly taken the Saudi position in spite of official US neutrality on the matter.

Turkey has in this sense, turned 180 degrees since 2015 when Turkish forces shot down a Russian jet over the Syria-Turkey border. The situation may well have led to a 21st century Russo-Turkish war, but due to President Vladimir Putin’s supreme patience, Turkey and Russia reconciled their relations which continue to grow. Some may point to the 2015 shooting down of the Russian fighter jet and the political fallout resulting from the event as a sign of Turkey’s unreliability as a Russian partner. There may be some truth to this. However, what seems more important is that while Turkey’s aggressive stance towards Russia in 2015 was born out of ambition and supreme arrogance, today’s revised Turkish position is born out of not only pragmatism but the long, some would say very long term needs of the Turkish state.

Finally, some are speculating that Turkey’s move to withdraw support for Syria’s anti-government forces is designed to pave the way for eventual reconciliation with the Syrian government. The Syrian government and moreover many Syrian civilians will not be quick to forgive Turkey for a role in the Syrian conflict viewed as destructive. Because it is now a certainty that the Arab Socialist Ba’ath Party will remain in power in Damascus, Turkey will likely eventually have to engage in a thaw with the Syrian government simply because Syria is a neighbour to Turkey, but this road may be long.

In this respect, a lot depends on the Kurds. Once the last vestiges of terrorist fighters are defeated in Syria, whether the Kurds take a cooperative political approach or a hostile approach to the Syrian government will be a key factor in determining Syria-Turkish relations. Should the Kurds grow increasingly hostile to the Syrian government, Damascus may forge some sort of unspoken pact with Turkey to contain what would be a mutual enemy.

Overall though, the move from Turkey is more geo-strategic than it is regionally motivated. The clear winner in this is President Putin. His style of diplomacy which has been patient with Turkey’s frivolity in Syria for years seems to have finally paid off. Turkey is now closer to leaving NATO than one could have ever imagined. In many ways, Turkey has already left NATO in all but name. Russia’s historic nemesis is no longer a problem for Russia, but it may become a big problem for the United States. http://theduran.com/confirmed-turkey-to-end-support-for-anti-government-terrorists-in-syria/