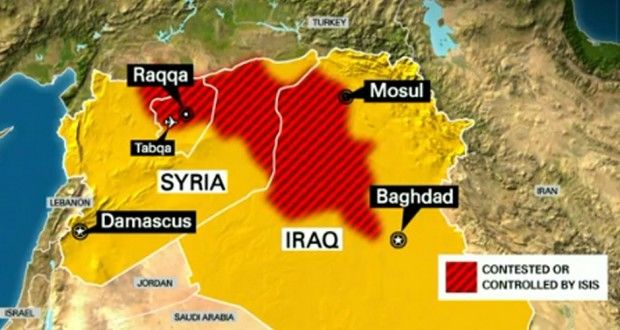 After a year of bombing the Syrian desert with negligible results in terms of defeating terror groups – as memorably noted by Russian lawmaker Alexei Pushkov – all of a sudden the so-called anti-terror coalition led by the United States seems to have discovered a high degree of logistical precision.

The US and its allies claim that Russian air strikes, commencing on September 30, have failed to hit the jihadis of Islamic State (IS, ISIS or ISIL), also known as Daesh. Russia, according to Washington and the Western news media, has been striking»moderate rebels» and civilians, and in the process shoring up the «regime» of Syrian President Bashar al-Assad.

There’s nothing amiss under international law about supporting the sovereign government of Syria, as Russian President Vladimir Putin has recently stipulated. So let’s kick that Western objection out first of all.

As for alleged civilian casualties, CNN, BBC, France 24 and so on have so far not provided one report of funerals or hospital scenes, to verify their earlier high-flown accusations. And this after more than a week since the alleged Russian «atrocities» began.

But what is telling about the latest Western protests over Russia’s military intervention is the apparent omniscient precision about who and where the terror groups are.

Washington officials and Jens Stoltenberg, the secretary-general of the US-led NATO military alliance, this week claimed that «over 90 per cent of Russian air strikes were not against ISIS or Al Qaeda».

The US and NATO’s precise enumeration chimes with that of Turkey’s Prime Minister Ahmet Davutoglu, who claimed that «only two out of 57 Russian air strikes in Syria» hit IS targets.

The question that the supine Western media should be asking the NATO chief and his Washington superiors is this: if you can so clearly quantify and delineate the IS and Al Qaeda bases, then why has the US-led coalition evidently been wasting 12 months bombing empty desert spaces instead of degrading and defeating these groups, as vowed by US President Barack Obama over a year ago?

Since September 2014, the US and some 60 other allied nations, including NATO members, as well as Saudi Arabia and Qatar, have been bombing Syria and Iraq with the stated purpose of wiping out the IS terror network. So far, more than 9,000 air strikes have been carried out by the US-led coalition, but until Russia opened up its air campaign more than a week ago, the IS and other jihadis had been steadily growing in strength and territory – despite all that US-led air power supposedly raining down on them.

By contrast, Russia’s air strikes in Syria appear to have achieved more in one week than Washington’s coalition has in more than one year. And when we say «achieved more» we mean significant blows against terror groups.

Russian military chiefs have been vindicated that their air campaign – now augmented by cruise missiles fired from warships in the Caspian Sea – has been closely coordinated with Syrian government forces in order to avoid any civilian victims.

Russia has directed most of its fire power at Al Qaeda-affiliated groups in the West and North of Syria around Hama, Idlib and Aleppo, where the threat to the Syrian state’s viability was most acute. These militia include Al Nusra, Ahrar al Shams, Jund al Aqsa and a host of others under the umbrella name, Army of Conquest. The IS network is more disposed in the East of Syria towards the border with Iraq. There is every expectation that Russia will turn its fire power to that region next after it has neutralised the threat in the East and North.

Nonetheless, Russia is correct in defining that all these groups come under the rubric of «criminal extremists». They are mainly composed of foreign mercenaries who are fighting to topple the sovereign government of Syria. That makes them legitimate targets for Russian air strikes.

The notion contrived by the West that the only terrorist danger in Syria is that posed by the IS group is a meaningless game of semantics. It is just a way for the West to try to impose restrictions on Russia’s legitimate operations.

More importantly, at the very least it shows that the US and its allies are up to their criminal eyes in collusion with the non-IS factions, who are largely dominated by al Qaeda-affiliates. The «moderate» epithet is just a PR charade, without which the Western governments would be scandalised among their own public for their association with terror groups who were supposed to be the post-9/11 enemy.

What’s more, Russia’s head of Syrian operations Col General Andrei Kartapolov this week said that Moscow has proposed sharing coordinates on IS targets with the US-led coalition. But, he said, the Americans have not responded to the offer of military cooperation.

Russian Foreign Minister Sergey Lavrov added wryly that the Western-backed so-called Free Syrian Army – the supposed moderate rebels – appear to be nothing more than a «phantom army». This is the chimeric «ethical rebel group» that the West accuses Russia of targeting instead of «extremists». Lavrov said: «We have asked the US where and who are these Free Syrian Army groups, but have got no answer».

Slowly, painfully, the precise truth is emerging about Syria. Washington and its supposedly virtuous allies have been destroying Syria for nearly five years with a criminal covert war for regime change, involving the dispatch of mercenary terror groups to do the dirty work. Now that Russia has moved decisively to put an end to this criminal conspiracy, the West is up in arms over its regime-change «investment» being obliterated.

Washington is not sharing precise information on its terror brigades with Russia because that would only compound its already mounting losses. Instead, Washington is covering up its criminality by appointing itself as some of kind of arbiter about which militant group Russia should and should not strike. Moscow should tell Washington to get lost, precisely.
Tags: Al Qaeda NATO Middle East Russia Syria US