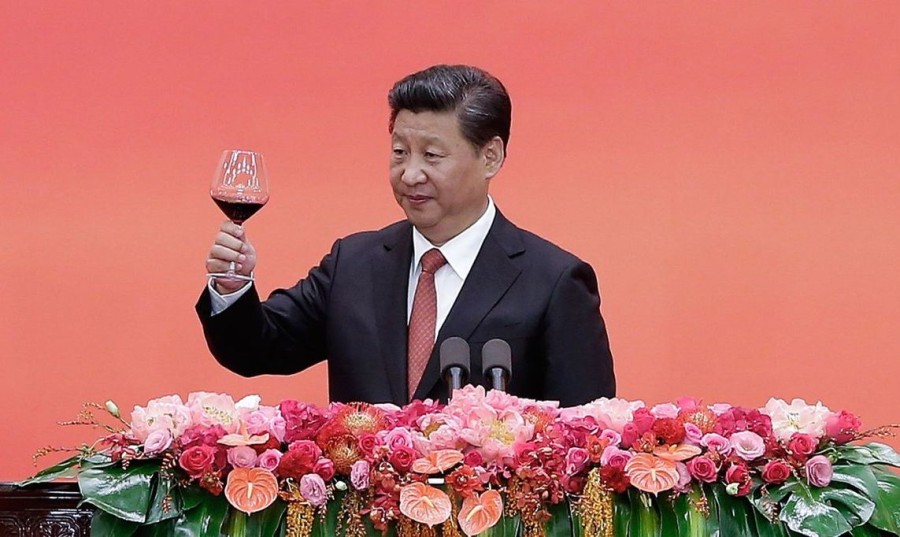 A turning point has been reached in world affairs. With the election of Donald Trump as President of the United States and the decision by the United Kingdom to quit the European Union, the Western political order of the last few decades is in serious convulsions and may never be the same again. It is hard to say what will happen over the next four years and what the standing of the United States will be in global affairs by the end of President Trump’s first term in office or what will happen in Europe with the withdrawal of the UK from the European Union. But, to quote the former British Prime Minister Tony Blair after 9/11: «The kaleidoscope has been shaken. The pieces are in flux». In many ways historians may look back at the ascension of Donald Trump to the White House as the moment when the extent of American decline became graphically visible to the West and an inflection point with no return. Historians could also see it as the moment when the 21st century was confirmed as the Chinese century. It was Henry Luce, publisher of Time magazine, who coined the term «American century» in an essay in 1941 to describe the period in world affairs from the middle of the 20th century onwards as the «American century» much as the period 1815-1914 had been described by British historian Ronald Hyam as «Britain’s Imperial Century».

Alongside the election of Mr. Trump and Brexit, two of the greatest political earthquakes to shake the foundations of the Anglo-American led Western international order, a speech given by the President of the People’s Republic of China at the World Economic Forum in Davos during January 2017 can be seen as the beginning of the emergence of the «Chinese century». I have little doubt that the 21st century will indeed be China’s century with it’s amazing and inexorable return to superpower status after an extremely difficult 20th century. President Xi’s speech to the World Economic Forum was remarkable and typical of a great visionary statesman and wise, responsible political leader. It was a brilliant speech and one perhaps only a Chinese leader could have crafted and delivered rich in deep philosophical human insight which is the hall mark of the supremely erudite and cultured Chinese. Westerners, particularly Americans and Britons, are often quite ignorant of China’s unique place in the history of the world and a cradle of human civilization. Unlike America or Britain, China has existed as a unified single state for more than 2000 years and Chinese civilization has been in existence for roughly 5000 years.

In his Davos speech President Xi rightly identified many of the problems afflicting the world as regional in nature and a result of regional problems and regional circumstances rather than a product of globalization. Yet, as is so often the case with visionary leaders, President Xi was able to articulate the whole picture without throwing the baby out with the bath water: «It is true that economic globalization has created new problems, but this is no justification to write economic globalization off completely». One line in particular struck me as something which British policymakers, politicians and the public should take fully on board: «Whether you like it or not, the global economy is the big ocean that you cannot escape from. Any attempt to cut off the flow of capital, technologies, products, industries and people between economies, and channel the waters in the ocean back into isolated lakes and creeks is simply not possible». This is why ultimately enterprises like Brexit or President Trump’s travel ban will fail. It was heartening to hear President Xi quote the founder of the Red Cross Henry Duant that: «Our real enemy is not the neighbouring country; it is hunger, poverty, ignorance, superstition and prejudice».

In an implicit rebuke to the protectionist doctrine outlined by President Trump in his Inauguration speech President Xi said: «We must remain committed to developing global free trade and investment, promote trade and investment liberalization and facilitation through opening-up and say no to protectionism». Who would have ever thought it would a Chinese President defending an open, free trade, liberal economic global order and an American President railing against such an order. Likewise, President mounted a robust defence of the Paris Climate Change accords How the pieces of the global kaleidoscope are indeed in flux. In just a little over thirty years since «Opening and Reform» China has achieved the most rapid development in human history becoming the world’s second largest economy, on course soon to become the world’s first economy and has lifted out of poverty some 700 million of its people.

What the Chines people have achieved under the wise and mature leadership of the Chinese Communist Party has been nothing short than one of the greatest economic and social revolutionary achievements in the history of humanity. Thus, the world should offer the extraordinary President Xi and the equally extraordinary Chinese people three cheers for their astonishing comeback. President Trump and Prime Minister May pale in comparison with the visionary statesmanship on display from President Xi at the World Economic Forum. Both Mr. Trump and Mrs. May could learn a thing or two from such an exceptional leader as President Xi or indeed other incredible Chinese leaders such as the great Deng Xiaoping. One of the strengths of China is that it has been open and humble enough to learn from the West. Now the West should demonstrate the same courageous open mindedness and starting learning from China.

Under President Xi’s leadership China has become even more outward looking, open and internationalist. Unlike what some Western anti-China propagandists and smear artists suggest has become a more nationalistic and authoritarian turn under President Xi’s leadership, the Chinese Government has taken brave and commendable steps to root out and stamp out official corruption ensuring the party and Government remain committed to their number one objective, serving the Chinese people for the betterment of China as a whole. If only we had a leader as brave and conscientious as President Xi in Britain who could clean up a deeply corrupt British establishment. And rather than become more aggressively nationalistic under President Xi’s leadership, China has been constantly reaching out the hand of friendship internationally attempting to strengthen and build even better diplomatic relations with countries such as Britain under the Golden Age; becoming an engaged, responsible actor in the international arena on subjects such as Climate Change; helping to achieve the P5 + 1 historic Iranian nuclear agreement and constantly stressing, promoting and sticking to a policy of mutual respect and mutual trust for win-win global cooperation even in the face of egregious and hostile threats, abuse and lies such as the case recently with President Trump’s deranged rantings regarding the One China policy or the situation in the South China Sea. The world is extremely fortunate to have such a mature, responsible and wise leader in President Xi Jinping.