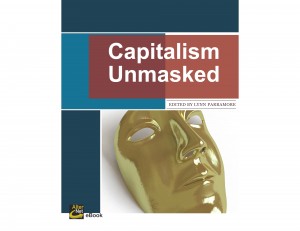 Historians may look back on 2014 as a defining watershed in geopolitical events, the year when the limit of American power was exposed as a waning entity and the contemporary root of global conflict.

It was the centennial anniversary of the First World War when Great Powers back then were similarly exposed in their attempts to offset inevitable demise through war. In the early 20th Century, Britain in particular was a dying hegemon, beset by rivalries from an emerging Germany and the loss of its Empire. The US was but a vigorous new power back then, which Britain was fortunately able to hitch its ailing condition to. One hundred years later, the US resembles the erstwhile British power, scrabbling to maintain its former glory as the world’s foremost power.

Russia has re-emerged as a new power on the world stage, along with China and other members of the BRICS nations. This year saw Russia and China cement strategic trade and energy partnerships that promise, through legitimate means, to deal a death blow to the decrepit American dollar as the world’s reserve currency – probably the last remaining lynchpin in the Washington’s claim to global power, apart from its over-extended military prowess.

The natural potential for a multipolar global economy seems unstoppable, with Russia and China leading the way. The formation this year of a new BRICS development bank and the rising Eurasian pole of trade, energy and finance presents a mortal threat to the “Washington consensus” that has presided over the global economy for the past 43 years since the dollar replaced the gold standard. That move was but the first sign of weakening American power and an attempt to postpone demise. A demise that now seems unavoidable.

With American power at stake from the waning dollar system, it is no wonder that Washington is moving aggressively to confront the emerging multipolar dynamic that Russia in particular embodies.

As in former times, the Middle East remains a caldron in which great power rivalries are expressed, and to the discerning eye, reveal the limits of assumed power. This year was scheduled to be a crowning achievement for American diplomacy in settling the decades-old Israeli-Palestinian. The deadline for an American-brokered peace deal under the auspices of US Secretary of State John Kerry was quickly forgotten. Kerry’s much-heralded April deadline for peace turned into an Israeli slaughter, with its blitzkrieg on the Gaza Strip resulting in more than 2,000 Palestinian deaths. The year ended with Washington blocking attempts at the United Nations to bestow national rights to Palestinians – thus exposing Washington’s fraudulence as an honest broker and perpetual protector of Israel’s illegal territorial occupation.

Elsewhere in the Middle East, the legacy of US imperialist war-making came back to haunt. The surge in terrorism from the so-called Islamic State network in Iraq and Syria served as a reminder of how Washington along with its NATO allies have sown destructive seeds all over the region with their criminal, covert regime-change policies. These covert policies have fuelled the rise of terrorism in Syria and Iraq, as in Libya, first as tools of regime change, and then secondly as problems of blowback, as witnessed by several Western citizens becoming victims of macabre beheading executions. Thanks to alternative news media, the historical links between Washington and its Al Qaeda proxies that emerged in Afghanistan and spread to the rest of the Middle East have been better understood by a wider global audience. Those links point up the sickening farce of Washington and its NATO cohorts, along with brutal Arab dictatorships, launching air strikes in Iraq and Syria to “wipe out” the monster of terrorism that the Western powers conceived in the first place.

This year we saw American-led regime-change run amok. Not content with turning the Middle East into a charnel house from its machinations, the US and its European allies extended their illegality to Ukraine. The CIA-backed overthrow of the elected government in Ukraine in February ushered in a rightwing regime in Kiev that openly espouses neo-Nazi ideology. Former European Union foreign policy chief Catherine Ashton let slip in a leaked phone call how the CIA engineered a sniper atrocity in Kiev that resulted in the deaths of over 80 people. That leaked phone call confirmed what US State Department official Victoria Nuland had also disclosed – namely that the coup in Kiev was a CIA-orchestrated plot.

The purpose of the US, EU-backed regime-change operation in Ukraine soon became clear when the installed puppet government of Arseniy Yatsenyuk and Petro Poroshenko launched its anti-Russian military terror onslaught on the eastern regions of Ukraine – a campaign of murder that continues despite a declared ceasefire.

Having subverted the government of Ukraine with a neo-Nazi coup, the Russian-speaking people of Crimea held an historic referendum to join the Russian Federation. Similar secessionist moves are underway in the pro-Russian eastern Donbas regions of Donetsk and Luhansk. Yet perversely, Washington and its servile European allies turn reality on its head by blaming Moscow for “annexing” Crimea and for the ongoing conflict in Donbas, which has claimed nearly 5,000 lives and caused up to one million refugees seeking safety across the border in Russia. Crimes against humanity committed by the Western-backed Kiev regime are overlooked by Washington and Brussels as they inveigle Ukraine with NATO and EU membership.

The crisis in Ukraine that Washington and its Brussels allies precipitated then resulted in the downing of a Malaysian airliner on July 17 with the loss of 298 lives onboard. Despite audacious Western propaganda purveyed through the mainstream news media to frame Russia over that atrocity, the evidence points to the Kiev regime as the likely culprit – either through horrible military incompetence or, worse, as a deliberate act of murderous sabotage with the objective of framing Russia. Unable to criminalise Russia over the catastrophe, the Western-dominated aviation investigation appears to have been mothballed, lest it reveal who the real culprits are – the Western-backed regime in Kiev.

The glaringly odious bid to orchestrate a blame-game against Russia over the downing of passenger jet MH17 escalated into a full-on campaign to impose sanctions on Moscow. The EU abandoned any pretence of political independence by slavishly following Washington in ramping up economic and diplomatic sanctions on Russia over the Ukraine crisis. US vice president Joe Biden – a mentor for the Kiev regime – revealed, in embarrassing detail, how Washington browbeat European leaders into adopting American policy of sanctioning Moscow. That has caused an unprecedented cleavage between Europe and Russia – and the worst deterioration in relations since the formal end of the Cold War, more than 20 years ago.

Stupidly, Europe is bearing the brunt of the ensuing tensions. Sanctions and counter-sanctions have hit a faltering EU economy with the economic powerhouse of Germany at the sharp receiving end.

As in the US, the European economy remains mired in recession (despite hollow claims of recovery) and from exploding social misery, with poverty levels at record highs. As the wholly unnecessary conflict with Russia deepens, the EU in particular is staring into an economic abyss. The social misery across the EU saw the dramatic rise this year of anti-Brussels political parties in various elections. These parties, such as the National Front in France and the UK Independence Party, are calling into question the viability of the bloc. This development is hardly surprising when European leaders show such mindless servility towards Washington’s foreign policy and its bankrupt neo-liberal economic doctrines of austerity for the masses and grotesque enrichment for the wealthy elite and financial oligarchy.

The annual G20 meeting at the end of year in Australia was clear proof that Washington and its EU allies have no policy solutions to the economic collapse that started in 2007 and persists seven years on.

In sum, this was the year that the Washington-Brussels axis was seen as a spent global force. Regime change agendas in the Middle East and Ukraine have led the world into even deeper crisis. Rather than being able to salvage deep-seated economic problems associated with declining Western capitalism, the desperate powers-that-be are trying to resolve their dilemma by stoking conflict with Russia. The expansion of the US-led NATO alliance towards Russian territory is the corollary. War, as always, seems the last redoubt of the scoundrel.

A century ago, the powers-that-be could get away with reckless warmongering because their monopoly control of information and propaganda was unassailable.

In a new age of global communications and ever-rising alternative channels of information, the tendency of conflict inherent in Western powers may still be a danger – but it is being exposed for all to see. In the year ahead the battle for truth, justice and peace is very much on… and winnable.

The challenge is to fully expose, at a global level of awareness, the root cause of conflict that has emerged as evident over the past year – US-led western capitalism.
Tags: BRICS European Union China Russia Syria Ukraine US