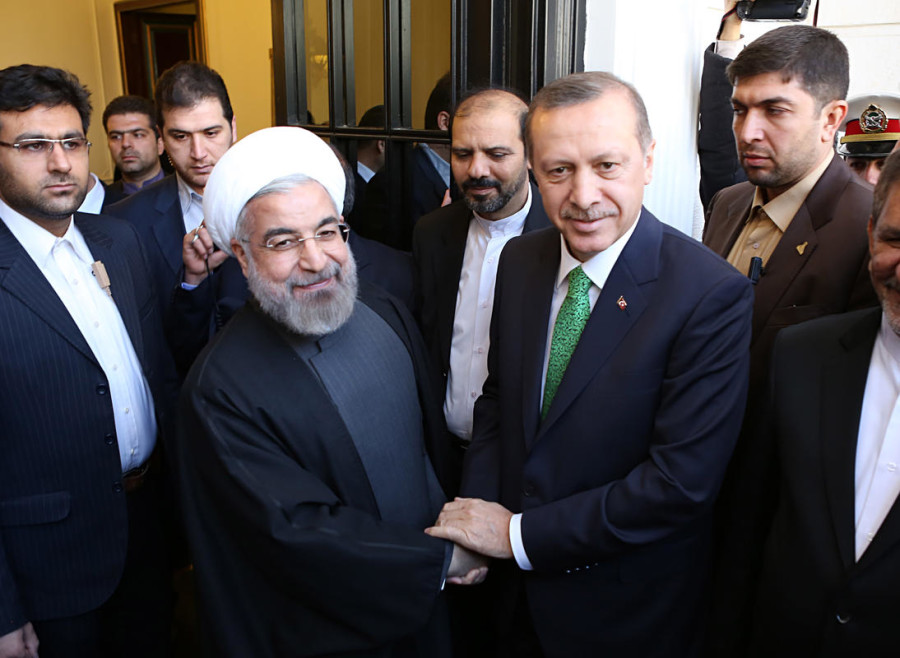 Iran and Turkey, the two non-Arab Middle Eastern states, are among the largest and most populous in the region. The former occupies a strategic location on the Persian Gulf and the Strait of Hormuz, while the latter controls the Bosporus Strait, the Sea of Marmara, and the Dardanelles, which links the Black and Aegean Seas. The two nations descend from the most ancient civilizations in the world and have strong national identities. Turkey and Iran have been mirror images of one another, rarely seeing eye to eye but unable to part ways due to their geographical proximity.

Turks were exposed to Persian culture on their move westward and inherited indelible political and religious legacies. Iran is home to a large Turkic minority, and historically, Persia was ruled by Turkish royal families such as the Safavids and the Qajars. In modern times, there was always cooperation between these two neighboring nations. In the 1920s, a new Turkey under Mustafa Kemal Ataturk and a new Iran under Shah Reza Pahlavi signed the Saadabad Pact for non-aggression and mutual defense against outside enemies. The two nations later forged the Baghdad Pact, which included the newly independent Iraq. Even the seizure of power by Iranian mullahs in 1979 did not shake the solid foundations of their relationship. While almost all nations quickly imposed or reimposed visas for Iranians, Turkey kept its doors open to visitors and refugees from Iran.

Relations between the two countries are, however, at an all-time low as the two countries have been on opposite sides of the conflict in Syria. But the unilateral strategic choices of both have not succeeded on the ground. Neither Turkey’s decision to help topple Syrian President Bashar al-Assad nor Iran’s policy of restoring stability in a unified Syria has materialized. Moreover, Iran and Turkey have been targeted by ISIS, hence both realize that they face a common threat. The Kurdish problem also seems to bring Ankara and Tehran closer together. The Turkish government is currently waging an open and bloody war against Kurdish opposition led by the PKK, and Syrian Kurdish organizations have been accused of cooperating with the United States and Israel, which concerns Iran. Therefore, the Kurds are becoming a common problem for Ankara and Tehran, hence the fact that both nations are exploring avenues to formulate a joint anti-Kurdish strategy. The ongoing Saudi-Qatar crisis recently brought Turkey and Iran even closer, as both nations are supporting Doha. The Turkish parliament passed a bill sanctioning an increase in the number of Turkish troops deployed in Qatar to protect its royal family, and Iran offered to send food to Qatar by sea.

Let’s have a look at how the two nations are cooperating with each other on multiple fronts. The two have been jointly exploring diplomatic solutions to the Syria war. Ankara and Tehran have agreed to speed up the Astana talks aimed at facilitating a political solution to the Syrian crisis. Also, there are growing energy and commercial relations between Turkey and Iran. On his recent visit to Iran, Turkish President Recep Tayyip Erdogan reaffirmed Turkey’s determination to increase trade with Iran to US$30 billion annually, saying Ankara saw no obstacle to increasing cooperation with Tehran. Another important area of cooperation is Iraq, as Baghdad will likely settle on a political condominium over the Kurds. Ankara wields influence over one of the KRG’s two main rival factions (the Kurdistan Democratic Party) and Tehran maintains hegemony over the other (the Patriotic Union of Kurdistan). This suggests that Ankara and Tehran will also be the non-ISIS opposition’s main sponsor in the north going forward.

Turkey and Iran have some areas of disagreement but they have agreed to compartmentalize their relations on different fronts. For instance, while the two nations will continue to disagree on some aspects, such as there individual Syria policy (e.g., Assad’s future), they would both cooperate on other areas such as Kurdish policy and anti-ISIS strategy.

In the longer term, Tehran knows that Turkey will play a key role in building potential bridges between Iran and the West. Ankara knows that if it seeks greater influence within all corners of the Arab world, including Shia populations, a cordial relationship with Iran is important. Thus, while the regional landscape remains complex and in motion, Turkey and Iran have more to gain than lose by continuing to build stronger ties.

One thing is very much clear: the closeness of these two players will create a strong political, security and economic bloc in the Middle East in the coming years. These two important nations of the region should also realize that by forging a renewed alliance they also share a greater responsibility to contribute to a secure and stable regional order in which there is no place for extremism and sectarianism.