Syria accuses US of using double-standard policy in fighting terrorism 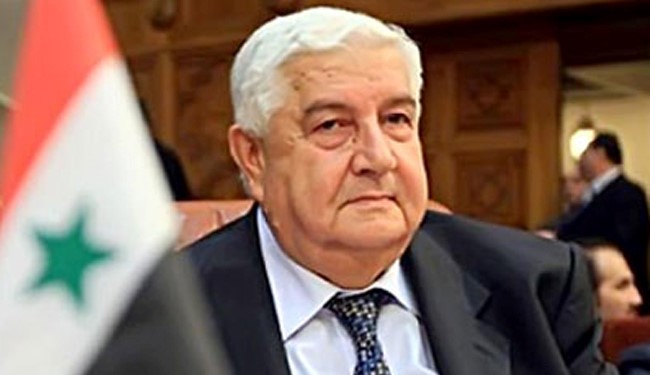 Al-Moualem said that there has not been any „serious move“ to implement a UN Security Council resolution which decided in August to cut financial sources and stop foreign fighters to eradicate extremist groups in Syria and Iraq.

At the General Debate of the 69th UN General Assembly, Al- Moualem said that „some of the regional states are still providing all kinds of support to these terrorist organizations.“

„What we see on the part of the U.S. administration is a double standard policy and alliances to score certain political agendas, particularly through supporting with money, weapons and training of groups they call moderate,“ said Al-Moualem, who is also Syria‘ s foreign minister.

„This is a real recipe for the increase of violence and terrorism, shedding of Syrian blood, prolonging of the Syrian crisis and demolishing of the political solution at its basis,“ said Al-Moualem.

He called for serious and effective actions to eliminate the ISIS and other terrorist groups in and out of Syria.

„Fighting terrorism is achievable through actual implementation of resolutions, and it is certainly possible through military strikes,“ he said, noting the importance of stopping states that arm, support, train, fund and smuggle those terrorist groups.

„We have also to drain the resources of terrorism. Striking terrorism militarily while some states are continuing their support of terrorist groups, this will create a whirlpool of which the international community will not exit in decades,“ he added. On the political solution of the Syrian crisis, which started in 2011, Al-Moualem said „we are ready, and even are striving, for a political solution in Syria and in dialogue with all honorable national opposition members opposing terrorism in Syria, and among Syrians themselves and on Syrian territory.“

He stressed that any dialogue must be based on the respect of the will of the Syrian people. „Accordingly, we are open to a political solution in Syria, with a real opposition that seeks the prosperity, stability and security of Syria, an opposition that does not depend on the outside and does not speak on behalf of that outside.“

The United States and partner nations have begun striking Islamic State (IS) targets in Syria last week. Earlier this month, the U.S. Congress and U.S. President Barack Obama agreed to fund a 500-million-U.S. dollar program designed to recruit, train and equip a force of moderate opposition Syrians, who will be trained in Saudi Arabia to defend their communities against IS fighters and Syrian government forces.