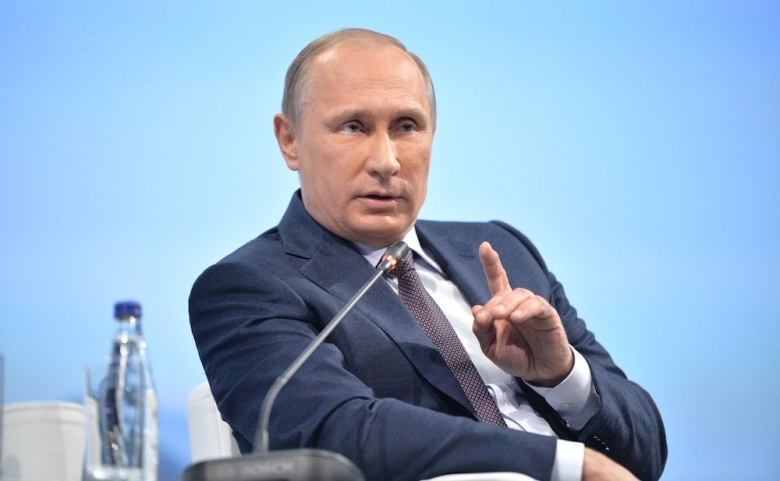 Robert W. Merry is a contributing editor at the National Interest and an author of books on American history and foreign policy

The gravest crisis facing America and the West is also the most unnecessary: the ominous deterioration in relations with Russia. Far from the danger posed during the Cold War, Russia nonetheless remains positioned upon the crucial Eurasian heartland, a strategic bastion that cannot be ignored. It has always been, and remains, a potential threat to Europe, and that must always be borne in mind. And yet the most provocative actions in this relationship in recent years have come from Europe, NATO and America —against Russia. NATO, a military alliance, has expanded right up to the Russian border. It has deployed components of a missile-defense shield in Poland and Romania. NATO has flirted with allowing both Georgia and Ukraine, both traditionally part of Russia’s sphere of influence, into the Western alliance. U.S. officials undermined the democratically elected leader of Ukraine, whose government tilted toward Russia, and have taken actions bent on pulling Ukraine from Russia’s orbit. When Russia responded by securing Crimea, with its crucial harbor, and providing military support to rebels in eastern Ukraine who don’t want to be pulled Westward, the United States and Europe imposed debilitating economic sanctions.

All this has Russian officials seething. Although Western opinion has demonized President Vladimir Putin as an aggressive, land-hungry autocrat, he is but one official. The Kremlin is replete with elites who believe their country now is so beleaguered by these Western encroachments that they want an aggressive pushback strategy, even if it means war.
It could mean war. That would be a disaster for America and the West. For America, it would pull attention and resources away from much more serious strategic threats, most notably the rise of ISIS in the Middle East and the rise of China in Asia. For Europe, it likely would threaten the eastern nations liberated in 1989 after some forty-five years of Soviet domination.

But, of all the 2016 presidential candidates, only Donald Trump embraced a policy prescription designed to reverse the West’s provocative eastward expansion, reduce tensions and test Russia’s true intentions.

Trump should start with Ukraine, a land of crucial strategic significance to Russia, but of paltry strategic consequence to America. It is a tragically split country, with Western-oriented Ukrainians in the western regions and ethnic Russians in the eastern reaches. Russia has dealt with this delicate situation for decades; let it continue. Also, Russia’s annexation of Crimea should never be allowed to sour relations between that country and the West, as Crimea had been part of Russia for centuries until artificially severed by Soviet leader Nikita Khrushchev. Besides, some 1.5 of its 2.3 million people are ethnic Russians. Let it go; withdraw the sanctions.
Second, the president should assure Russia that the West has no designs on Ukraine, Georgia, Moldova or Belarus — or, for that matter, any other nations identified with the Orthodox Christian tradition. No NATO designs. But the West would go to war to prevent any Russian meddling in European lands traditionally identified with Western Christendom, most notably the Baltic states. They remain a crucial part of the Western sphere of influence.

Third, the president should cease its insistence that Syria’s President Bashar al-Assad must go. The goal in Syria, as in Iraq, must be the defeat of ISIS, and the anti-Assad fervor merely gets in the way. It also gets in the way of sound relations with Russia, which has aligned itself with Assad and thus has maintained a tighter strategic focus in the region. America should do the same. The enemy is ISIS, not Assad.

Fourth, throughout these diplomatic efforts, designed to assuage Russia’s fears and angers about the West’s eastward expansion, the United States should seek also to pull Russia away from its recent flirtation with China. Solid Russia-China relations are not in America’s interest. China is the country most powerfully positioned to challenge America’s role in the world by forcing it out of Asia and back to its perimeter stronghold of Hawaii. If U.S.-China tensions mounted, as seems likely within the next twenty years, it would be extremely unwise — indeed, foolhardy — for America to also have a hostile relationship with Russia.

So give diplomacy a chance. End the Western provocations. Give the Russians some breathing room in their own neighborhood. And then, we can find out just how expansionist and threatening they really are. If it turns out that they want to be threatening even in the face of these conciliatory actions, then Western power, under American leadership, certainly is sufficient to handle the situation.

Editor’s Note: TNI’s January / February 2017 print issue convened a symposium on the most significant national-security challenge awaiting the Trump administration. You can find all entries in the series here.