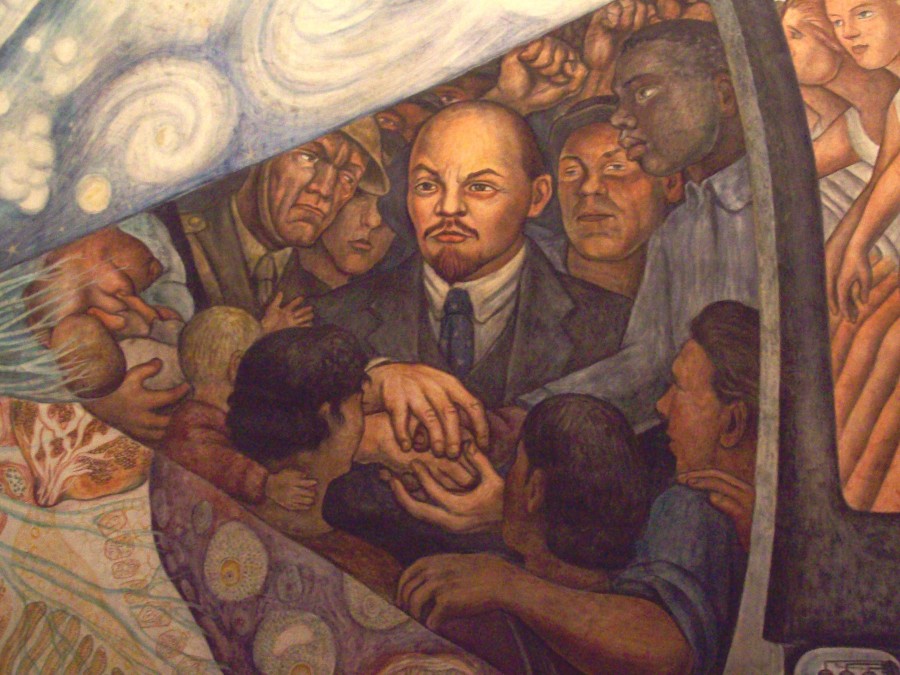 The Central Intelligence Agency and its George Soros-funded «democracy manipulators» in Brazil suffered a major defeat with the re-election as president of Brazil of Workers’ Party standard bearer and ex-Marxist guerrilla Dilma Rouseff. In the hours prior to Rousseff’s handy re-election, the corporate Western media was still reporting that the election was «too close to call» even as exit polling indicated that Rousseff would trounce her CIA- and Soros-backed conservative opponent Aecio Neves by at least 2 percentage points. The New York Times, Globe and Mail, Reuters, and other corporate media outlets were obviously disappointed by Rousseff’s victory, with many of these pro-Wall Street contrivances that masquerade as journalistic enterprises referring to Neves as a «centrist» who «narrowly» lost to Rousseff.

The Associated Press wistfully wrote, «There are not enough outstanding votes left to be counted to allow her [Rousseff] rival [Neves] to catch up with her». And Alberto Ramos, Goldman Sachs’s chief economist for Latin America, warned that Rousseff should abandon her policies that help Brazil’s poor or «market confidence» in Brazil will continue to suffer. Bloomberg News predicted the value of Brazil’s real currency would continue to be weakened with Rousseff’s win and when the markets opened on October 27, Bloomberg’s wishes were realized. The Financial Times of London happily reported that the real slumped 3.1 percent in value against the U.S. dollar and that its performance was worse than that of the Mozambican metical, which also was deflated by the global vulture bankers after the long-governing leftist Mozambique Liberation Front (FRELIMO) won the election against the Soros- and banker-backed and CIA-created Mozambique National Resistance (RENAMO). For the democracy manipulators of Soros and the CIA, the election news from the Lusophone capitals of Brasilia and Maputo was hardly encouraging.

The «usual suspects,» Goldman Sachs, Bloomberg, and The New York Times, all wailed in anger over Rousseff’s decisive win over Neves. The neo-conservative Rupert Murdoch-owned Wall Street Journal lamented that Brazil had opted to stick with «statism,» which for the Wall Street vulture capitalists who worship the Journal as if it were a Talmudic scroll, is a blasphemy.

Neves was advised on economic policy during the campaign by Arminio Fraga Neto, a former executive for Soros’s Quantum hedge fund and on foreign policy by Rubens Barbosa, the senior director in the Sao Paulo office for former U.S. Secretary of State Madeleine Albright’s Albright Stonebridge Group (ASG).

The reaction of Wall Street and London to immediately devalue Brazil’s currency after Rousseff’s victory indicates the strategy of the global capitalists in dealing with Brazil. Undoubtedly, Brazil is to be subjected to the same type of economic warfare that has been meted out to Venezuela since the re-election victory last year of Venezuelan Socialist President Nicolas Maduro. Venezuela has been pressured by artificially-created shortages of basic commodities and foreign transaction problems as a result of Wall Street’s – and the CIA’s — sabotage of the Venezuelan economy.

The CIA’s and Soros’s heavy interest in defeating Rousseff was aimed at derailing the emerging BRICS economic alliance of Brazil, Russia, India, China, and South Africa that threatens to weaken the domination that global bankers and their inherently corrupt World Bank and International Monetary Fund (IMF) contrivances wield over the world economy. The bankers and their CIA centurions believed that with Neves or Marina Silva, a Green Party operative groomed by Soros, in charge, Brazil would withdraw from BRICS and re-enter the global banker community with Brazilian state assets such as the Petrobras oil company being sold off in a «fire sale». Soros and his CIA friends failed to understand that Brazil’s poor owe their relative new social standing to the state-led economic policies of Rousseff and before her, those of Workers’ Party icon Luiz Inácio Lula da Silva.

With Rousseff now re-elected, the BRICS will continue to develop the New Development Bank (NDB) and its $100 billion currency reserve arrangement (CRA), or currency basket, that member countries can loans draw from, thus weaning themselves away from the Western political controls of the World Bank and IMF. Rousseff’s re-election will also permit BRICS, which faced losing Brazil as a member had Rousseff lost the election, to expand its membership base.

Argentina, which has faced a concerted economic campaign from New York vulture capitalist, right-winger, and committed Zionist Paul Singer to seize Argentine assets, has expressed a strong interest in joining BRICS. Argentine Foreign Minister Héctor Timerman has stated that Argentine intends to join BRICS and recent trade agreements between Argentina on one hand, and China, Russia, and India, on the other, indicate that Argentine would be welcome in the anti-U.S. «club» of emerging economic powerhouses. Iran, Indonesia, and Egypt have also expressed an interest in joining BRICS. Indonesia’s new president Joko Widodo is a member of the party of former president Megawati Sukarnoputri, the daughter of President Sukarno, ousted by the CIA in a bloody 1965 coup d’état aided and abetted by President Barack Obama’s Indonesian stepfather Lolo Soetoro and his USAID/CIA mother Ann Dunham Soetoro. Indonesia’s Sukarnoist foreign policy makes its alliance with BRICS a natural alignment.

The interventionist forces of the CIA and Soros will now look to obtain a consolation electoral victory in Latin America in order to apply pressure on both Brazil and Argentina. Uruguay’s president José «Pepe» Mujica, a former Marxist Tupamaro guerrilla, is barred from running for re-election and his Broad Front’s standard bearer is his predecessor Tabare Vasquez. Winning 45 percent of the vote in the first round election on October 26, the same day of Brazil’s election, Vasquez is now forced into a run-off with right-wing National Party presidential candidate Luis Lacalle Pou, the son of former Uruguayan conservative president Lacalle Herrera, who placed Uruguay under the economic control of the World Bank and IMF. Just as the CIA banked on Neves, the grandson of Brazil’s former elected president Tancredo Neves, who died from a suspicious ailment just prior to being sworn in as president in 1985, the CIA and Soros are now placing their bets on Pou to defeat Vasquez to be able to brag that Latin America’s progressive base of nations is not permanent. Pedro Bordaberry, the third place finisher in Uruguay, who has now endorsed Pou in the same manner that the Soros-financed Silva endorsed Neves in Brazil after losing the first round, is the son of the brutal CIA-installed Uruguayan dictator Juan Maria Bordaberry, arrested in 2005 for ordering the assassination of two Uruguayan legislators.

In Brazil and Uruguay, the CIA- and Soros-backed candidates and their major supporters represent reactionary forces who wish to turn Latin America’s clock back to the days of fascist rule. The Brazilian election threw a spanner in the CIA’s and Soros’s works. The November 30 Uruguayan run-off will provide the deadly duo of the CIA’s John Brennan and George Soros with another opportunity to place a roadblock not only in Latin America’s steady march toward steady progressive rule but also in the plans of the BRICS alliance to expand into a permanent economic and political force to challenge the neo-imperialism of the Washington-London-Brussels-Israeli true «axis of evil».

Investigative journalist, author and syndicated columnist. Has some twenty years experience in security issues. As a U.S. Naval Officer, he managed one of the first computer security programs for the U.S. Navy. He has been a frequent political and national security commentator on Fox News and has also appeared on ABC, NBC, CBS, PBS, CNN, BBC, Al Jazeera, and MS-NBC. He has been invited to testify as a witness before the US House of Representatives, the UN Criminal Tribunal for Rwanda, and an terrorism investigation panel of the French government. A member of the Society of Professional Journalists (SPJ) and the National Press Club. Lives in Washington, D.C.