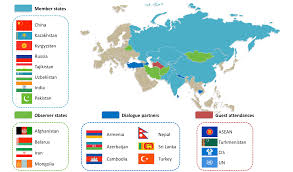 The eight-member countries of the Shanghai Cooperation Organization (SCO), including China, Russia, and India, have made the decision to conduct bilateral trade and investment and issue bonds in local and national currencies instead of US dollars.

Details, a road map will be finalized and signed at SCO’s Finance Ministers’ meeting in Moscow tomorrow. Russia is the current Chairman of the SCO.

Russia has called for suggestions from all member states for trade and investment in local currencies. After a detailed review of these proposals at Moscow’s meeting, a system of mutual settlement of national currencies is expected to be introduced for the member countries of the SCO.

Representatives from the finance ministries and central banks of China, India, Russia, Pakistan, Kyrgyzstan, Russia, Tajikistan and Uzbekistan will attend the SCO conference in Moscow. In addition, Iran, Afghanistan, Belarus, and Mongolia are observer nations and will also be present.

The SCO is the largest regional organisation in the world in terms of geographical coverage and population, covering three-fifths of the Eurasian continent and nearly half of the human population.

Silk Road Briefing is written by Dezan Shira & Associates. The firm provides strategic analysis, legal, tax and operational advisory services across Eurasia and has done since 1992. We maintain 28 offices throughout the region and assist foreign governments and MNC’s develop regional strategies in addition to foreign investment advice for investors throughout Asia. Please contact us at asia@dezshira.com or visit us at www.dezshira.com