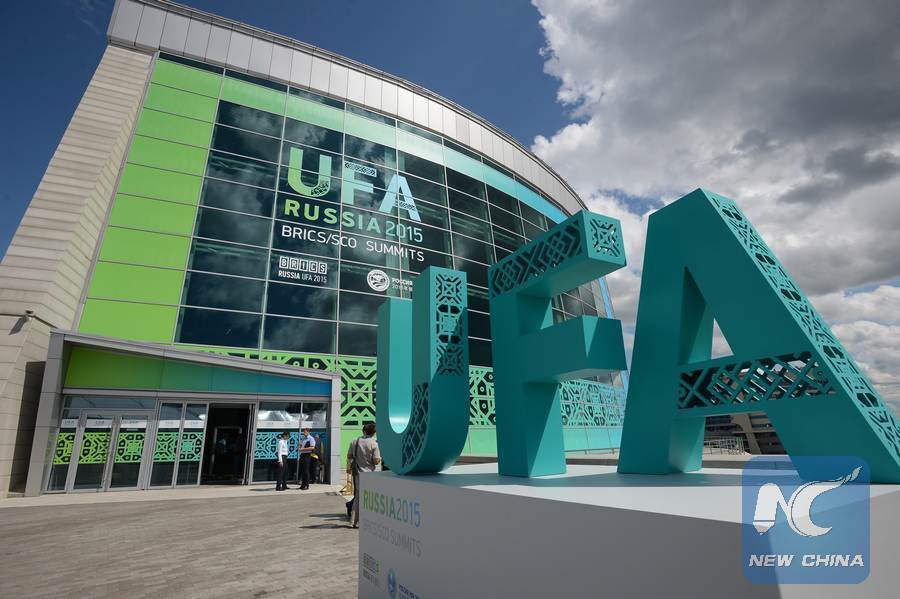 The summit next month will reveal much about the future of Russia’s Eurasian dream. June 08, 2015

Since the beginning of the Ukraine crisis there has been a clear shift in the tectonic plates of global geopolitics. An increasingly assertive Russia and China are challenging the U.S.-dominated order in a myriad of ways, but the actual contours of the emerging multipolar world are still hazy. On the one hand, as Huiyun Feng describes in her recent article for The Diplomat, the two opposing sides seem to be set. The Russia-China Entente and its coterie of Eurasian autocracies seems to be a genuine, lasting phenomenon. Meanwhile, the G-7 is unified in its opposition to Moscow, while the United States has reinforced its Pacific alliances with Japan, Korea, the Philippines, and Australia. On the other hand, the path of middle powers such as India, Iran, Brazil, Turkey, and Indonesia remains uncertain. Despite prodding from the United States none of these countries joined Washington in imposing sanctions against Russia and all are interested in profiting from China’s evolving “One Belt, One Road” initiative.

The allegiances of these middle powers may well become clearer during the upcoming BRICS/Shanghai Cooperation Organization (SCO) Heads of State Council meeting in Ufa, set to take place from July 8 – 10.

First and foremost the Ufa summit is an opportunity for Russia, which in 2014-2015 holds the rotating presidency of both the Shanghai Cooperation Organization (SCO) and BRICS, to showcase its resilience. Almost exactly a year after the downing of Malaysia Airlines Flight 17 over Ukraine led the United States, Germany, and other Western European states to impose harsh economic sanctions, the Russian economy remains fragile. With oil prices mired in the $50-60 range since January, the Kremlin is quickly eating through its international reserves.

Still, although Russia is certainly in recession, the Russian economy is not exactly “in tatters” as U.S. President Barack Obama famously put it in his State of the Union speech last February. The ruble has stabilized and countries such as Argentina, Israel, Turkey, Mongolia, and China have filled some of the void left by the disappearance of Western products and investments. The last (and only other) time that the SCO and BRICS combined their summits was back in 2009, in the midst of the global financial crisis, when the two organizations held simultaneous meetings in Ekaterinburg. That summer marked the nadir of Russia’s post-crisis financial slide and the economy rebounded soon thereafter, a feat that Moscow hopes to replicate next fall. But whereas the Ekaterinburg conference was a rather prosaic affair, the meetings in Ufa promise to culminate with several major agreements.

The SCO Expands into South Asia

The SCO has not accepted any new members since its initial formation in 2001. Nonetheless, the organization has managed to expand rapidly by granting states “observer” and “dialogue partner” status – a sort of “Cursus Honorum” on the way to a full membership. Currently, five states – Afghanistan, Mongolia, Iran, India, and Pakistan – have observer status and two appear to be on the precipice of becoming full members. In fact, it is widely expected that India and Pakistan will be elevated to full membership during the Ufa Summit. The dual assent prevents any hard feelings in either Islamabad or New Delhi while also maintaining the tenuous balance between Beijing and Moscow within the SCO. Pakistan has had a close partnership with China since the 1960s, whereas India has traditionally been considered a friend of Russia (although Narendra Modi’s recent manic diplomacy has made it seem that India, the traditional leader of the Non-Aligned movement, is actually aligned with everyone). Iran, which applied for membership years ago but has thus far been denied due to the UN Security Council sanctions on its nuclear program, may also be on the verge of being accepted, pending a successful resolution to the nuclear talks with the United States. Iranian Foreign Minister Javad Zarif was in Moscow on July 3for the SCO meeting of Ministers of Foreign Affairs and has promised that “top leadership” will represent Iran at the Ufa Summit. Mongolia remains skeptical about becoming a full member due to worries about the impact such a step would have on Ulaanbaatar’s relationship with its “third neighbors” (the U.S., Japan, and South Korea), but recent improvements in Sino-Russian-Mongolian relations may change this strategic calculation.

Match Made in Heaven?

The SCO was initially developed exclusively for security purposes but, as a recently released report by the Russian International Affairs Council indicates, the organization has slowly taken on economic dimensions as well. Next to SCO expansion, the biggest question to be resolved at the Ufa summit is whether a formal integration between China’s Silk Road Economic Belt (SREB) and Russia’s Eurasian Economic Union (EEU) can be formed under the auspices of the SCO. Both China and Russia seem to support this integration, but the actual mechanism for the institutionalization of the nascent project remains elusive. Still, work on the development of such a framework has already begun. For example, on May 15 the transport ministers of the Shanghai Cooperation Organization approved a protocol on the creation of a joint commission to promote international cargo transportation by motor vehicles traveling through the SCO countries. Many more such incremental steps need to be taken before anything resembling a modern infrastructure network can unify the ancient caravan routes of the old Silk Road.

Another elusive economic goal is the formation of the long-debated SCO Development Bank, a project that was initially proposed by China but stymied by Russia. Alexander Gabuev described this tussle in an excellent column published by Russia in Global Affairs last March. When Beijing first proposed an SCO bank back in 2009, Moscow’s policymakers were concerned that the creation of such an institution would lead to Chinese dominance of Central Asian finances and were also mildly insulted by Chinese insistence that the bank be headquartered in either Beijing or Shanghai. However, as Gabuev explains, China’s role as lender to Central Asian states has grown exponentially over the last five years and now it is Moscow itself that seeks Chinese financial support. Under these shifting circumstances, Russia could benefit from having a secure mechanism for the guarantee of loans rather than having to deal with the tough Chinese negotiators through bilateral talks. Unfortunately for the Russians, it might already be too late as the tables have turned and Beijing has demurred on setting up the bank, claiming that the recently established Asian Infrastructure Investment Bank (AIIB) and the New Development Bank (formerly known as the BRICS Development Bank) render an SCO bank redundant.

The 7th BRICS summit meeting in Ufa promises to unveil a roadmap for the development of BRICS as an organization until 2025. What that will actually look like is anyone’s guess, as there are deep-seated differences among the five members about what BRICS is and what it should become. These cleavages were on display during the BRICS Academic Forum (an annual event held several months prior to the leadership summit) that was held in Moscow in May. According to Mikhail Korostikov, a Russian scholar who attended the event, the acronym CRIBS is more appropriate for the current views of the five members. Russia and China occupy a “leftist,” anti-Western flank, South Africa and Brazil are “rightist” – preferring to continue working within the confines of a world regulated by Western institutions – and India is left in the middle calling for the freedom to work with all sides or, as one member of the Indian delegation called it, “free love.”

Despite these differences, BRICS remains a unique forum that brings together five vastly different countries from four continents without the participation of the United States or any other member of the G-7. The “BRICS roadmap to 2025” is sure to be read with interest by policymakers throughout the world.

Dmitry Trenin’s 2002 book “The End of Eurasia” encouraged Russia to join the West and integrate with the European Union. The monograph sold well and made Trenin, then a leading member of the “Atlanticist” school of thought in Russian academic circles, a popular figure in Western capitals. Now, thirteen years later, Trenin is pushing for a Sino-Russian anti-Western alliance. The irony of Trenin’s shift has not been lost on Western observers of Russian politics. As it turns out, Eurasia is, in fact, very far from finished. The growing popularity of “Eurasianism” as an ideology in Russia has been well documented and explained by scholars such as Marlene Laruelle and Jeffrey Mankoff, but the practical components of this perspective are just now beginning to be developed.

The Valdai Club’s recently published report “Toward the Great Ocean 3: Creating Central Eurasia,” describes this process in detail and calls for the creation of a variety of new international mechanisms to complement the SCO. The authors of the report conclude that the Siberian Federal Region, particularly the cities of Krasnoyarsk, Tomsk, and Irkustsk can be seen as the “heartland of the heartland” – the core of Eurasia. Next month, the BRICS/SCO meetings in Ufa, several thousand miles east of this alleged nucleus, will begin to determine whether or not the Eurasian dream can eventually become reality.

Greg Shtraks is a PhD candidate at the University of Washington. He is currently a resident fellow at the Center for Russian Studies at East China Normal University in Shanghai.