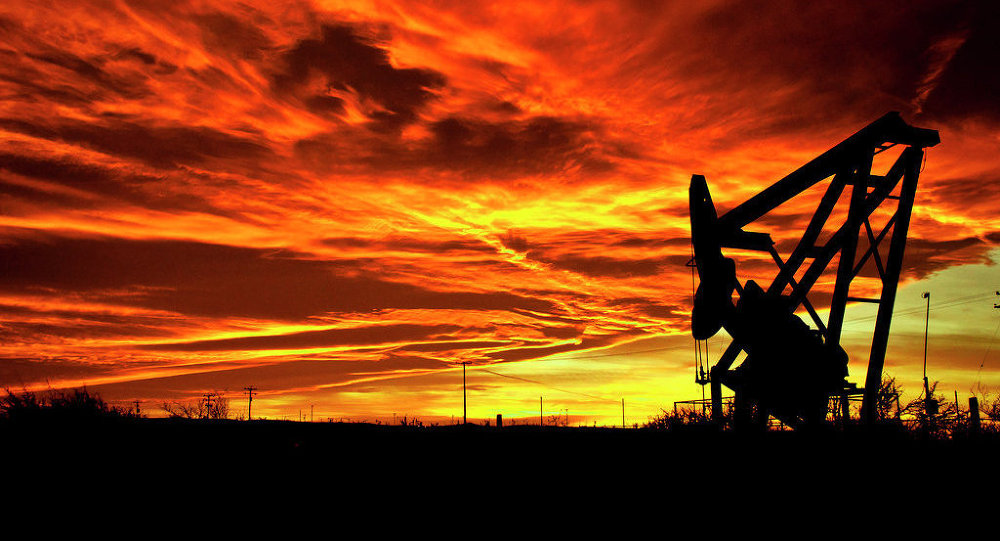 If Russia and OPEC countries enter an alliance, the oil producing powers of the Middle East would significantly bolster the development of the China-led new Silk Road Economic Belt project, American-German economic researcher and historian F. William Engdahl suggests.
„That project, to recall, is already well underway, and Russia and the Eurasian Economic Union states have recently agreed with China to integrate the rail route development of both. The development of huge new sea ports in Myanmar and other sites around Eurasia and the Indian Ocean will directly link the Gulf countries to that Eurasian booming new economic market and beyond,“ the author notes in his article for New Eastern Outlook.
Indeed, Engdahl’s suggestion is not groundless. Citing CEO of Russia’s state-owned oil company Rosneft Igor Sechin, the economic researcher called attention to the fact that Saudi Arabia is now seeking a „formal market-share agreement with Russia.“
Riyadh even went so far as to offer Moscow membership in OPEC, Engdahl emphasized, adding that the move is aimed at stabilizing world oil markets. In response, Sechin hinted that OPEC’s „golden age“ in the oil market has been lost, referring to the recent sharp fall in oil prices.
According to Engdahl, Western media has already jumped to the conclusion that Sechin rejected the offer. However, quoting international affairs analyst Alexander Mercouris, the economic researcher suggested that „Sechin’s statement… can be seen as an opening Russian negotiating position with the Saudi OPEC offer.“
Remarkably, it is the US shale oil industry which is sustaining significant damage caused by the slump in oil prices.
Back in September 2014, US Secretary of State John Kerry visited Saudi King Abdullah and reportedly urged the monarch to sharply lower oil prices in order to deal a heavy blow to Russia’s economy. However, the trick has not worked: Russian oil giant Rosneft is not hurting despite the sharp drop in oil prices. In contrast, the US shale industry is teetering on the brink of collapse.
„For the Saudis, it was a golden opportunity to eliminate the biggest disturbing factor in the OPEC domination of world oil markets — the booming production of US unconventional shale oil that had made the USA the world’s largest oil producer in 2014,“ Engdahl highlighted.
After dealing a heavy blow to US shale, Saudi Arabia is seemingly inclined to reach a compromise with Russia.
„Quotas could be agreed so that Russia and Saudi Arabia and OPEC act much as the Anglo-American oil companies did in 1928 to end literal wars between the British Rothschild group behind Royal Dutch Shell and the Rockefeller Standard Oil companies for world oil market control, wars that raged across the world from Mexico to Baku, from Kuwait to Texas,“ the historian elaborated.
The potential agreement between Russia and the Saudi-led OPEC oil producers of the Middle East could reconfigure the established order of world energy suppliers. Furthermore, it would secure the world’s largest pool of hydrocarbons by the nations of Russia, China, the Indian subcontinent, South Asia, the Middle East and North Africa.
Needless to say, Anglo-American hawks with their „endless war“ strategy aimed at grabbing global natural resources would be left out in the cold.
„As this new world order, including Saudi-led Arab OPEC states, Russia, China and all Eurasia becomes more likely by the day,“ Western political and financial elites „are beginning to feel suddenly naked, standing in the Arctic cold frozen waters without even a paddle or an ice-breaker to navigate,“ Engdahl remarked with a touch of irony.
Sputnik