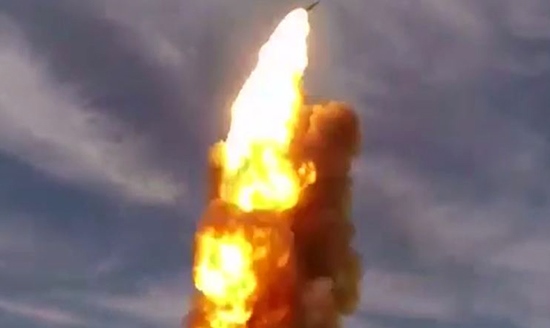 As part of its ballistic missile defense (BMD) system, Russia tested a new interceptor missile at the Sary Shagan testing range in Kazakhstan on Feb. 11. It was its third straight successful BMD test. The preceding two trials took place in 2017. Much of the information about the new missile, dubbed the PRS-1M, is classified. It is reported to have a speed of up to 4 km per second. The weapon is lighter than its predecessors, such as the 53T6 (part of the A-135 missile system), and boasts an upgraded guidance system. Special equipment has been installed to overcome countermeasures employed by intercontinental ballistic missiles (ICBMs). The PRS-1M will soon complete its testing and become operational.

The missile is a component of the Nudol A-235 BMD system, which is in the development stage. Unlike the A-135, which protects Moscow, the A-235s could be deployed in many places, thus shielding the entire country.

America has spent $40 billion on its ground-based BMD. But very expensive is not the same as very effective. Spending more than anyone else does not automatically make the US the leader in the race. Many of America’s achievements that have been so hyped by the media have been exaggerated. So much of its money and efforts have gone right down the drain, because none of the American systems can offer protection against sophisticated offensive missiles.

Unlike Russian BMD interceptors, US GBI interceptors (part of its Ground-Based Midcourse Defense, GMD) are designed for a kinetic “hitting a bullet with a bullet” kill and, unlike Russian interceptors, carry no payloads. They kill with sheer speed. At the very beginning of 2018, the US had 44 interceptors stationed in Alaska and California. The probability of a kill is low, even against a threat coming from North Korea. It’s generally believed to be around 25%. At least four GBIs are needed to hit a warhead. This figure should be doubled (or better, quadrupled) in order to boost the kill probability. And Russia has MIRVed missiles with as many as 8-10 reentry vehicles. It is hardly realistic to create a reliable BMD system that can ward off strategic ballistic missiles, especially if that system relies on kinetic kill.

The Americans’ latest test of the sea-based Standard Missile 3 Block IIA ballistic missile interceptor failed on January 31, 2018. Prior to that, it had also failed in June 2017. The missile is still in development. It will take time before it is operational. The previous naval SM-3 versions can only take on medium- and intermediate-range missiles; they are ineffective against strategic offensive weapons. The Standard Missile 3 Block IIA is supposed to possess some limited capability against ICBMs under certain conditions, but so far no tests have confirmed it.

It’s worthy of note that the US has conducted all its trials in a benign environment. The targets had only one warhead. Their arrival was known in advance. No decoys or other missile-defense breaching systems were employed. But even under such conditions, only 50 % of the GMD tests conducted since 1999 have been successful. The US ability to shoot down unsophisticated North Korean missiles is doubtful.

Actually, the US BMD program is nothing to brag about. The cost is too high and the technology is still wet behind the ears.

The United States was the first nation since WWII to abandon a major arms-control agreement when it pulled out of the 1972 Anti-Ballistic Missile (ABM) Treaty in 2002. It was a very destabilizing move, as the treaty was the cornerstone of arms control at that time. That decision has impaired the disarmament process.

Was it worth it? Nothing has been done so far that would have actually violated the 1972 treaty, were it still in force. The agreement banned the deployment of over 100 interceptors at a single site, but the testing of BMD systems was allowed. The ship-based Aegis (SM-3) is not a violation either. Air-based systems were not permitted, but the US has shelved its airborne laser anyway. Instead of tearing up the treaty, the US could have agreed to remain bound by it while also testing the GMD, Aegis, and whatever weapons it could, without activating the systems that are of little use anyway.

With the ABM agreement no longer in force, it was impossible for Moscow to ratify the 1993 START II Treaty, which banned multiple warheads (MIRV) – the most destabilizing weapons. Now Russia intends to keep its heavy MIRVed missiles in order to make sure that no BMD could counter its retaliatory strike, if attacked. And Russian missiles can autonomously change course in mid-air to dodge interceptors.

China is also constantly modernizing its reentry vehicles, so those could prevail over any BMD system. As a result, the US has become less safe.

In its turn, Russia has equipped its ICBMs and SLBMs with countermeasure systems. They are able to outmaneuver any missile-defense system. The US has no effective measures in place against decoys.

The fact that there is no existing agreement to regulate missile-defense efforts is a major obstacle on the path to reduce nuclear arms. The US plans to move its BMD “shield” into new domains. Russia and China will take measures to repel the threat. An arms race will be unleashed and everyone will lose. There will be no winners. But the US military will rake in more money and keep on asking for new appropriations.

The US abandoned the ABM Treaty to ensure that it could use nuclear weapons with impunity, making itself absolutely secure. But as a result, America has spent enormous sums of money to make itself even less safe. Huge outlays of cash have not made it the leader in the missile-defense race. After all, the US trials in 2017 failed twice but Russia’s test on Feb. 11, 2018 was a success, as was its previous dry run last November.