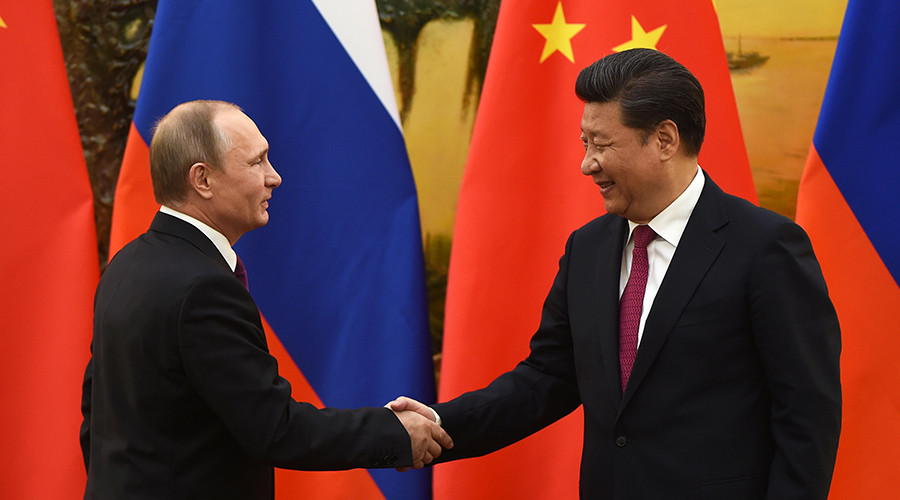 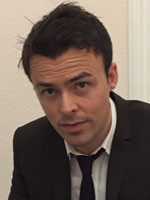 Bryan MacDonald is an Irish journalist, who is based in Russia
reg Baker
2.2K
As the West dithers, Russia is moving closer to China, and it increasingly appears the G7 will never be the G8 again.

Soon after the 2014 Winter Olympics in Sochi, advertisements began appearing around the city for the “G8 English School.” The proprietor was evidently using the conference, slated for the Black Sea city, to drum up interest in learning the language.

After all, those American, Canadian, Japanese and European visitors would need interpreters and local fixers to help them navigate the notoriously monolingual Kuban in Southern Russia.

Of course, the event never happened. Angered by Russia’s reabsorption of Crimea, the other seven members suspended Moscow from the club. And since then, the Kremlin has expressed no urgent desire to return. Meanwhile, the remaining leaders have plowed ahead, without Vladimir Putin.

As a result, attitudes are changing in Russia. For instance, your writer spent most of the period from 2010-2013 in Khabarovsk, the capital of the Russian Far East. The city is located barely twenty kilometers from China but the only Chinese you encountered back then were working at the local markets, selling knock off designer clothing and the like. The locals were suspicious of their populous neighbor and often made a point of referencing how European they were.

Go there now, and Khabarovsk is crawling with Chinese tourists and business people. A rapid development which has taken residents by surprise, but ignited a mini-boom in the remote city. Much to the delight of local hoteliers and restauranteurs.

Russia’s three-year-old pivot, away from Europe and toward Beijing, isn’t some Kremlin bluff. Instead, it’s a real process, more visible in the regions than Moscow or St. Petersburg, and heralds the end of a quarter century where the country attempted to integrate into the Western fold. Needless to say, there are serious geopolitical implications here.

Luckily, being a journalist who isn’t intrinsically hostile to Russia, and tries to report and analyze the country fairly, has its upsides. Such as the ability to gain insight from insiders who understand real government thinking. Something completely denied to correspondents of North American and West European outlets in recent years. Thus, I’ve been taking advantage of this access over the past few weeks to get an idea of where Russia is headed in the medium to short term. And the answer is fairly clear: as close to China as possible.

“If you go back to 1991, the Americans decided to structure the world in their own interests and create a unipolar system. That didn’t work for two reasons. Firstly, they stupidly attacked Iraq twice and became obsessed with removing any regime hostile to their interest. Secondly, they foolishly assumed that economics would sooner or later force China to surrender to the West’s rules of the game and its political system,” a senior Russian official told me.

“But the plan failed. Unexpectedly for them, Russia again became strong enough to defend our own national interests. And Beijing not only refused to fall in line but now seeks a fairer international order. Washington’s reaction to this appears to be that it’s better to have no rules than any other rules if they are not American. And this is very dangerous.”

“Look at what the Trump administration has been doing. It’s openly and provocatively ignoring international law and absolutely proud of being concerned with only American interests. The White House’s behavior is erratic and is endangering global security. For instance, one day it’s illegally striking Syria and shortly afterward, dropping a mega bomb on Afghanistan. But for what? Where is the ultimate plan, the follow-up?” the source asks. “Now we see them saber rattling at North Korea. But, again, what’s the endgame here? The annihilation of millions of people in Seoul, the capital of their loyal ally?”

“The other issue is US blindness. From reading their media and talking to them directly, it’s obvious that they think China is not prepared to withstand serious pressure and military provocations. They also believe that Russia is about to implode. And they’ve been engaged in this wishful thinking for twenty years. All you have to do is read their foreign policy journals, which are something like the movie Groundhog Day,” he added.

When speaking to Russian officials and opinion formers, there is one common theme which always seems to unite them in disdain. And that’s the American consensus where it’s only a matter of time before the current Kremlin system is replaced with one more suited to their interests. This also explains why Western media continuously exaggerate the chances of various opposition figures who profess hostility to Putin.

View From The Top

However, when it comes to Donald Trump, Beijing and Moscow also appear to have found a common posture. And a recent Valdai Club article by Timofei Bordachev seems to confirm it. The writer, a well-connected and influential foreign and defense policy expert, noted how “Russia and China are increasingly of the opinion that the new American administration cannot be taken seriously.”

„The threatening, contradictory and irresponsible statements by the US president and members of his inner circle do not translate into practice, and their erratic, borderline insane and intentionally scandalous policies go a long way toward confirming this conclusion.“

“Russia-China relations are much more respectful. Both countries‘ leaders meet regularly and, by all appearances, listen attentively to each other’s views on the most varied issues of foreign policy and governance. And this is quite natural. Russia has much to learn from its great partner about economic development or the fight against corruption,” he continued. “China, in turn, can borrow a lot from Russia in such areas as maintaining a harmonious multi-ethnic state or staunch defense of foreign policy interests. So far, China has not faced the same tough challenges from the West as Russia has. But, given the radicalism of the new US administration, a harsh test is just round the bend.”

Most Western analysts continue to doubt the possibility of a China-Russia alliance. And they usually cite the economic imbalance between the two countries. Which is especially amusing when referenced in the British press. Because the same organs frequently cite the US/UK “special relationship,” without noting how the US economy dwarfs the British by a bigger multiple than Beijing enjoys over Moscow. This theory also misses the point where Russia has resources China desperately needs whereas Britain’s usefulness to Uncle Sam is almost exclusively diplomatic these days.

“Look, the Americans and the Eurocrats have made mistakes after mistake toward Russia in this century. Because they didn’t listen to what we were saying, instead listening to pundits and advisors who have no serious contacts in Moscow,” the insider notes. “Putin and his ministers constantly warned about NATO expansion, about Georgia and about Ukraine and they ignored everything. Now we are pivoting toward China, and they are ignoring that too, and instead obsessing over things like the Baltic states and supposed dangers to countries in Europe. Listen carefully; the Baltic is already gone. We don’t care about it. And and the same applies to Poland. If they really believe these countries are in peril, they better sack all their advisors.”

As for Sochi’s G8 school, it soldiers on, under the same name. Suggesting there may still be, a microscopic, window left for the West to pull the Kremlin back into its orbit. But, at this stage, it’d be a long shot. Russia and China is a thing, but Western opinion formers probably won’t realize until it’s far too late.

The statements, views and opinions expressed in this column are solely those of the author and do not necessarily represent those of RT. Quelle: https://www.rt.com/op-edge/390337-russia-china-g7-west/