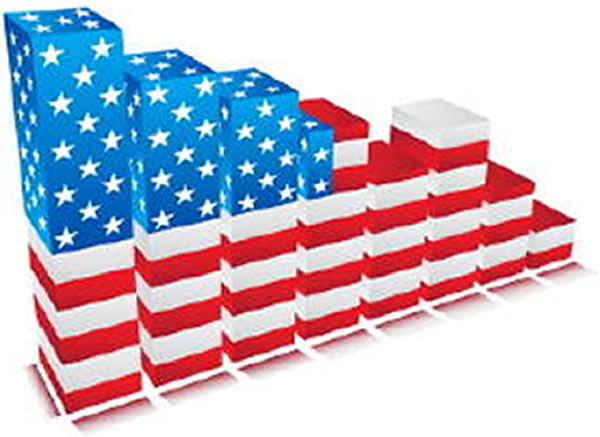 The annual address to the Federal Assembly by the Russian president is an occasion to dilate on the state policies, but this year’s speech by Vladimir Putin on Thursday at the Kremlin’s St George Hall before a 1000-strong audience of the country’s elites was invested with special importance.

To be sure, there is an extraordinary setting today where Russia’s national policies and strategies are at a crossroads and the country has important choices to make. The West is forcing upon Russia a reset of its compass of national strategies.

Contrary to the usual practice in the annual ‘state of the union’ addresses where foreign policies took a back seat, Putin, in fact, frontloaded his speech with extensive remarks on the international mileu in order to put in perspective why Russian national strategies need a major recalibration.

These remarks unsurprisingly focused on the developments in Ukraine through the past one-year period, especially since the coup and the ‘regime change’ sponsored by the West, which overthrew the elected government in Kiev in February following former president Viktor Yanukovich’s postponement of the signing of the Association Agreement with the European Union.

Looking back, the West scored a Pyrrhic victory because although the EU could successfully get the Association Agreement signed by the new client regime in Kiev led by hand picked figures, Ukraine itself has been destabilized hopelessly to a point that Brussels cannot implement the accord anymore. The ground reality is that the stabilization of Ukraine is not possible without restoring the umbilical cord that ties that hapless country with ‘Mother Russia’.

Putin has been forthright in pointing finger at the «American patrons and sponsors» who masterminded the overthrow of the elected government in Ukraine in February. But compared to the $33 billion that Russia has spent on the Ukraine economy on various accounts through the past two-year period, the West has not rendered economic assistance to Ukraine to carry out reforms. Other than indulging in petty politics and making pompous promises, the US has refused to loosen its purse strings to help Ukrainian economy.

However, the salience of Putin’s remarks lies elsewhere, namely, that Ukraine is more a symptom of a concerted American strategy aimed at complicating Russia’s relations with its neighbors. While Ukraine provided the alibi for the Western sanctions against Russia, the real agenda all along in the past decades has been «to try to contain Russia’s growing capabilities».

Actually, Putin has opened up the core issues in Russia’s troubled relationship with the West through the past quarter century. He was brutally frank about the meddling by the Western intelligence agencies in Chechnya in the 1990s by supporting separatism with the fond hope that Russia too would follow the «Yugoslav scenario of disintegration and dismemberment».

What emerges out of his speech is Moscow’s total rejection of the US narrative on Ukraine. Clearly, Russia is not deterred by the Western sanctions and is bracing for a prolonged period of deep chill in its relations with the US.

Sanctions cannot work against a big power such as Russia, which is an avid ‘globalizer’, a permanent member of the United Nations Security Council and a country with immense human, intellectual and material resources.

But then, is this only a mere standoff? In reality, as Russia sees it, this is an existential struggle, no less grim and challenging than the invasion by Hitler «who set out to destroy Russia and push us back beyond the Urals». Putin warned in a defiant tone that the West’s containment strategy is also doomed to meet the same fate as the Nazi invasion. He repeatedly asserted that Russia won’t accept being dictated to from a position of strength by any power.

A key topic that Putin addressed was regarding the US attempts to deploy the missile defence system, disrupting thereby the global strategic balance of forces and stability. Putin underscored that without falling into the trap of an arms race with the US, Russia will use its capabilities to find «innovative solutions» that will «reliably and dependably guarantee» Russia’s defence in the new conditions.

Moscow no longer expects that US president Barack Obama will keep his word and bring the missile defence system to the negotiating table with Russia. That leaves Russia with no option but to resort to countermeasures aimed at frustrating the US’ search for ‘nuclear security’ and military superiority over Russia.

What are the options open to Russian foreign policy against this backdrop? Putin outlined a multi-pronged approach. One, Russia will resolutely continue with the very same trajectory of independent foreign policies that it has been projecting that aim at promoting and protecting «the diversity of the world». That is to say, Russian policies will actively promote a multipolar world order based on strict adherence to international law and the UN Charter, and counter the US’ global hegemony.

Two, Russia will not fall into the trap of a new Cold War and will guard against the US attempt «to create a new iron curtain around Russia». It means two things – no isolationism or adversarial mentality vis-à-vis Europe or America and, secondly, a sustained effort to network extensively and develop partnerships both in the West and in the East».

But within this overall framework, Russia will concentrate on expanding its presence in regions such as the Asia-Pacific, Africa and the Middle East or Latin America. Putin put special emphasis on the Asia-Pacific and had China in mind although he didn’t mention specifically.

The worm will turn

The big question that Putin never explicitly asked but was pervasive in his speech would be why there should be such animus against Russia on the part of the US. What is the raison d’etre of the US‘ containment strategy’ against Russia? No doubt, the ‘containment strategy’ by far predates the recent upheaval in Ukraine. As Putin pointed out, it goes back to the Yeltsin era (when the North Atlantic Treaty Organization began expanding eastward to include as members the former Warsaw Pact powers of the Cold War era.)

The heart of the matter is that Russia is the big stumbling block in the way of the US’ global hegemony. It is only Russia that for a foreseeable future has the capability to force a global strategic balance on the US, frustrating the latter’s ambition to dominate the 21st century world order and the international system. The US’s decades-old search to establish ‘nuclear superiority’ and dominate the world runs into Russia’s resurgence on the global stage.

On the other hand, as a great power in decline, without ‘nuclear superiority’, the US is steadily losing its influence in the international arena and increasingly lacks the capacity to force its will on the world community. Even small countries like Iraq, Syria, Egypt and Yemen in the Middle East have defied the US. Latin America is no longer America’s playpen. The US is forced to negotiate with the African countries. Its much-touted ‘pivot’ strategy in Asia is in drift. Paradoxically, therefore, the US is unwilling to face the existential dilemma of having to reconcile itself to accepting equal partnerships with other countries, big or small.

The US has drawn Europe into its ‘Russia problem’. The mess in Ukraine will take a long time to clear up and it is anybody’s guess what will remain of that country in a few years from now. But one thing is certain: Washington is counting that Europe remains ‘locked in’ for as long as the Ukraine crisis continues.

In his speech, Putin said very little by way of direct reference to Europe. But then, what is it that Europe is all about today? Does it have a personality? Does it have a voice? In fact, the only good thing in all this is the lingering hope that the worm will turn at some point.

Europe is hurting itself in the present estrangement with Russia. And at some point it just might be compelled to rethink and begin to appreciate that Russia has legitimate interests in Ukraine and a normalization of relations with Moscow is in Europe’s core interests of regional security and stability. The point is, unlike the US, which has no worthwhile trade or economic ties with Russia, the big Russian market is crucially important for Europe.

But the bad part is that there is no likelihood of the US giving up its containment strategy toward Russia even after the ‘regime change’ in the White House in 2017. And Putin’s speech prepares his country for a prolonged chill in Russia’s relations with the West. The leitmotif of the speech is that Russia should marshal its inner strength, as it has done so many times in its history, to defend its national sovereignty and civilizational heritage.

In a memorable passage, Putin drove home that the struggle over Ukraine touches on the inner cords of the Russian psyche. He said Crimea is as sacred to the Russian nation as the Temple Mount in Jerusalem is for the followers of Islam and Judaism. «And this is how we will always consider it». Wouldn’t the Americans know this only too well? Yet, if they precipitated the crisis in Ukraine, it has been with a definite purpose to corner Russia, encircle it with a ring of unfriendly neighbors, complicate its relations with Europe and somehow force it to capitulate.
Tags: Crimea Russia Ukraine Putin