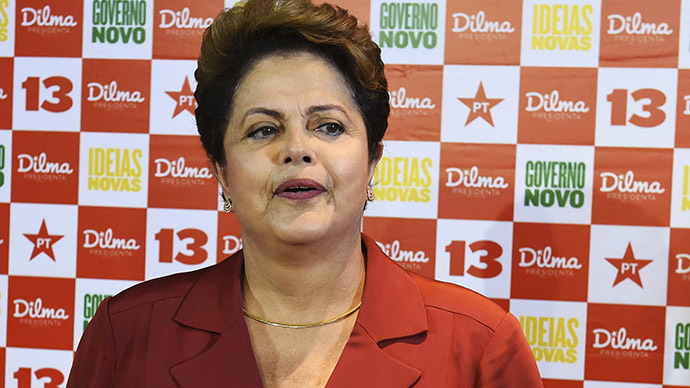 Rousseff secured her victory with wide support from the country’s poor: some 40 million people have been lifted from the brink of poverty due to social reforms and the economic boom since 2003, when her Worker’s Party came to power. „Thank you very much,“ Rousseff tweeted after the results were announced.

The victory speech of President Rousseff emphasizes reconciliation and consensus to move Brazil to reform, changes and dialogue. „Among all reforms, the most important should be the political reform,“ said Rousseff.
„This president is open to dialogue. This is the top priority of my second mandate,“ Rousseff said in her victory speech to a crowd that exploded in celebrations in the capital Brasilia. „I want to be a much better president than I have been to date,“ she told the rally, issuing „a call for peace and unity.”
Aecio Neves, on the other hand, was supported by the upper-middle class and the rich, promising to recover the economic growth, that decreased during Rousseff’s first term, and to deal with high inflation.The 54-year-old economist and a career politician also promised to encourage more investment in the country:
Neves conceded defeat to in a speech to supporters following the election. Neves said the „overriding priority is to unite Brazil around an honorable program worthy of all Brazilians,“ as cited by AFP.