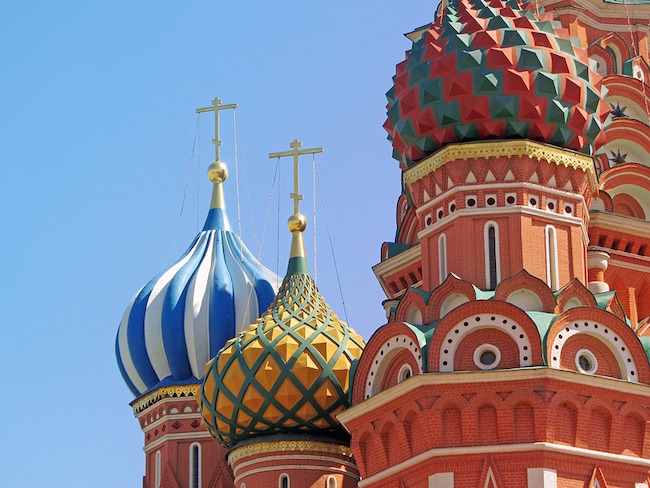 It is astounding and deeply disturbing that 75 years after the end of World World Two the history of that event is being re-written before our very eyes.

That war resulted in over 50 million dead with more than half of the victims from the Soviet Union. It incorporated the worst crimes against humanity, including the systematic mass murder of millions carried out by Nazi Germany, known as the Holocaust. The victims included Jews, Slavs, Roma, Soviet prisoners-of-war and others whom the fascist Nazis deemed to be “Untermensch” (“Subhumans”).

The Soviet Red Army fought back the Nazi forces all the way from Russia through Eastern Europe, eventually defeating the Third Reich in Berlin. Nearly 90 per cent of all Wehrmacht casualties incurred during the entire war were suffered on the Eastern Front against the Red Army. That alone testifies how it was the Soviet Union among the allied nations which primarily accomplished the defeat of Nazi Germany.

Seventy-five years ago, on January 27, 1945, it was Red Army soldiers who liberated the notorious Auschwitz-Birkenau death camp. It was during the Vistula-Oder Offensive which drove the Nazis out of Poland paving the way for the eventual final victorious battle in Berlin some three months later.

It is incredible that within living memory, these objective facts of history about the most cataclysmic war ever waged are being falsified or insidiously distorted.

Germany’s most-read magazine Der Spiegel, American-European journal Politico, a U.S. embassy announcement, as well as American Vice President Mike Pence, are among recent sources who have either falsified or downplayed the heroic role of the Soviet Union in liberating Auschwitz. This is part of a disconcerting trend of rewriting the history of World War Two, by which, preposterously, the Soviet Union is being equated with Nazi Germany. Such pernicious fiction must be resisted and repudiated by all conscientious historians and citizens.

Der Spiegel and the U.S. embassy in Denmark both had to issue embarrassed apologies after they separately stated that it was American forces which liberated Auschwitz. It is mind-boggling how such an error on the 75th anniversary of one of the most iconic events in history could have been made – by a leading magazine and a diplomatic corps.

More sinister was an article published in Politico on January 24 written by the Polish Prime Minister Mateusz Morawiecki which claimed, “Far from being a liberator, the Soviet Union was a facilitator of Nazi Germany.”

The Polish politician is no exception. It has become a staple argument in recent years contended by other Polish leaders and politicians from the Baltic states who seek to revise the history of the war, blaming the Soviet Union for being an accomplice with Nazi Germany. The corruption of history is partly driven by a desire to whitewash the nefarious role played by these countries as quislings to the Third Reich who helped it carry out the Holocaust.

Vice President Pence’s speech at the Holocaust memorial event in Jerusalem on January 23 was another deplorable sleight of hand. In his address, he never once mentioned the fact of the Soviet forces blasting open the gates of Auschwitz. Pence merely said, “When soldiers opened the gates of Auschwitz…” A sentence later, he went on to mention how “American soldiers liberated Europe from tyranny.”

It is quite astonishing how brazenly false narratives about World War Two are being told, not merely by Neo-Nazi sympathizers and cranks beyond the pale, but by supposedly senior politicians and respectable media. It is perplexing how the heroic role of Soviet commanders, soldiers and people is being eroded, airbrushed and even maligned into something grotesquely opposite.

Washington’s belligerent geopolitical agenda of trying to isolate and undermine Russia is no doubt underlying the process of re-writing history in order to deprive Russia of moral authority and recast it as a malign nation. Of course the obsessive Russophobia of Polish and Baltic politicians neatly plays into this agenda.

This reprehensible revisionism is in flagrant contradiction and denial of international libraries of documented history, archives, official and personal correspondence, photographs, as well as first-hand witness accounts.

An excellent essay by Martin Sieff this week recounts how Soviet soldiers and medics tended to the remaining 7,000 wretched inmates of Auschwitz. More than a million others had been exterminated by the Nazis before they fled from the advancing Soviet forces.

The Soviet officer in command of liberating Auschwitz was Lieutenant Colonel Anatoly Shapiro. He was himself a Russian-born Jew. The Soviet soldiers spoke of their horror and heartbreak upon discovering the hellish conditions in which skeletal men, women and children were teetering on the brink of death. Bodies of dead lay everywhere among pools of frozen blood.

Another Jewish Soviet officer Colonel Elisavetsky told how Russian doctors and nurses worked without sleep or food to try to save the emaciated inmates.

As Sieff notes: “For Colonel Shapiro, the idea that he, his Red Army comrades and the medical staff who fought and died to liberate Auschwitz and who worked so hard to save its pitifully few survivors should be casually equated with the Nazis mass-killers would have been ludicrous and contemptible… The true story of the liberation of Auschwitz needs to be told and retold. It needs to be rammed down the throats of Russia-hating bigots and warmongers everywhere.”

Maintaining the historical record about World War Two – its fascist origins and its defeat – is not just a matter of national pride for Russians. Ominously, if history can be denied, falsified and distorted, then the danger of repetition returns. We must never let the heroic role of the Soviet Union be forgotten or belittled, especially by people who seem to have a penchant for fascism.

The views of individual contributors do not necessarily represent those of the Strategic Culture Foundation.
Tags:
HolocaustPolandUSSRWorld War II