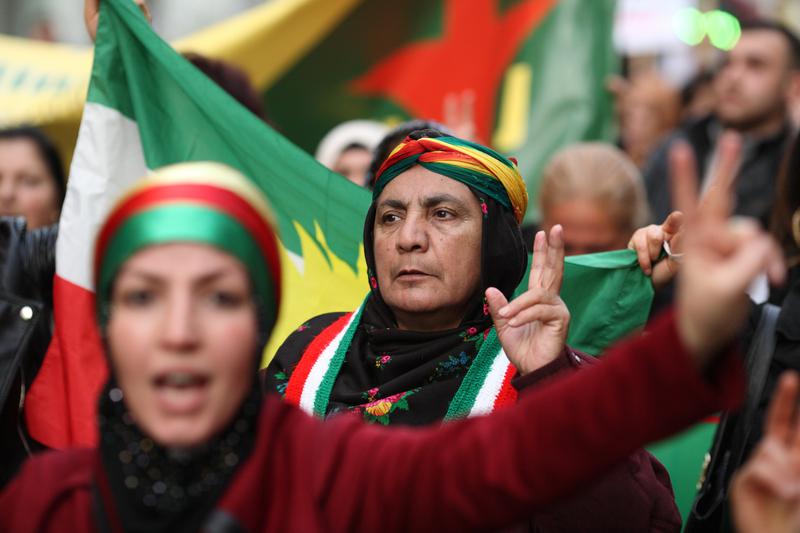 Kurdish forces have liberated the Syrian city of Kobani bordering Turkey from the Islamic State of Iraq and the Levant (ISIL) terrorists, Lebanese television channel Al Mayadeen reported Monday.
According to the channel, over the weekend Kurdish fighters switched to an offensive on the Takfiris, forcing them three miles from the city limits after capturing several key locations, RIA Novosti reported.

According to Al Mayadeen, as many as 50 ISIL fighters were killed Sunday.

Kobani, also known as Ayn al-Arab, one of the largest towns in the Kurdish region of Syria bordering Turkey, has been under attack by ISIL militants for over a month. The siege has caused thousands of Kurds to flee for Turkey. According to the so-called Syrian Observatory for Human Rights, the fighting has claimed more than 800 victims, over half of them ISIL militants.

The ISIL Takfiri terrorists currently control parts of Syria and Iraq. They have threatened all communities, including Shiites, Sunnis, Kurds, Christians, Ezadi Kurds and others, as they continue their atrocities in Iraq.

Senior Iraqi officials have blamed Saudi Arabia, Qatar, and some Persian Gulf Arab states for the growing terrorism in their country.

The ISIL has links with Saudi intelligence and is believed to be indirectly supported by the Israeli regime.