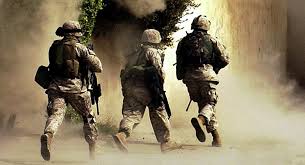 Finally!!! Finally someone from within the US military establishment, puts the dots in their place. Former military officer, main research institutes ( mainly used by US Government and of all, the NY TIMES) opened Pandora’s Box and spilled the truth, reality and plans on motions of the US in what has been happening in Syria. From their failed initial plan A to their start of plan B , all noted. It is even high time to note that all of that has been uncovered and sabotaged from the beginning by the keenness and determination of Syrian leaders and advisors, not to mention the support of allies and the people. It is unfortunate that the game is not over and sad for the destruction of the country and deaths and injuries of a lot of human beings. All of this was to satisfy the urge of grandeur for continuing to be The super power, by the US and the ruthless envy of some of the pre-historic regimes in the area that financed this whole adventure. Just today, for example, a former high security Guantanamo prisoner, who was released by the US few years back, was captured after having been working as a recruter for ISIS and Al Nusra in Europe and other areas….
I and others noted that as well few years back, but no one believed us because they were running after the bright light of the US, only to find out now that it was all a charade.
Please read attentively.  J.S.
http://www.counterpunch.org/2016/09/27/putin-ups-the-ante-ceasefire-sabotage-triggers-major-offensive-in-aleppo/