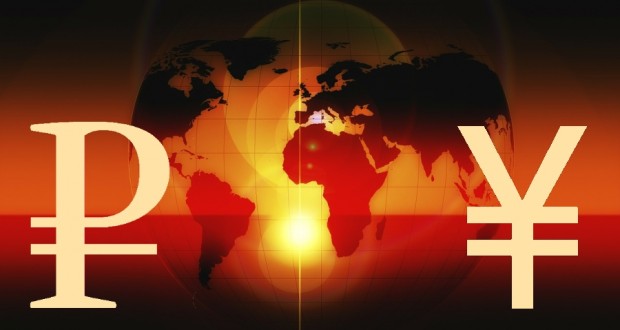 “We will be ready to expand these possibilities for trade in energy resources [trade in rubles and yuans]. These possibilities are currently being studied by our experts,” Putin said during his speech at the Asia-Pacific Economic Cooperation (APEC) summit in China.

On October 13, Russian Economic Development Minister Alexei Ulyukayev announced that Russia was considering Chinese market to partially substitute access to the financial resources of the European Union and the United States.

The European Union, the United States and their allies have imposed several rounds of economic sanctions on Russia over its alleged involvement in the Ukrainian crisis, a claim Moscow has repeatedly denied. The restrictions prohibit major Russian companies from seeking financing on western capital markets.

Since the deterioration of Russia’s relations with the West, Moscow has increased its economic cooperation with Asia-Pacific, the BRICS and Latin America.

„In the sensitive sphere of the energy [industry], Russia is demonstrating an example of investment transparency,“ Putin said during his speech at the Asia-Pacific Economic Cooperation (APEC) summit in China.

The investment transparency also concerns joint international projects like the Sakhalin-1 and the Sakhalin-2 projects to develop oil and gas fields off the northeastern coast of the Sakhalin Island in the Russian Far East.

According to the president, Russia has agreements with China for the development of infrastructure for natural gas deliveries.

Russian authorities are interested in attracting foreign investors and are ready to use part of the reserves accumulated in sovereign funds to attract investors, lower their risks and co-finance projects, according to Putin.

“In order to attract investors, lower their risks, and co-finance projects, Russia plans to use its development institutes, part of the reserves accumulated in sovereign funds and perfect access to credit resources,” Putin said.

Russian authorities are doing everything possible to stabilize the financial market and are prepared to use currency intervention if needed, but predict that the ruble fluctuation will end soon, Russian President Vladimir Putin said Monday.

„The possibility of currency intervention remains in order to stabilize the market,“ Putin said during his speech at the Asia-Pacific Economic Cooperation (APEC) summit in China.

Moreover, according to Putin, the fluctuation on the exchange market of the Russian ruble will end soon.

„We are currently observing speculative jumps in the exchange rate [of the ruble] but this will soon end, keeping in mind the actions the Central Bank is taking in response to speculators on the currency market,“ Putin said.

Nevertheless, on November 8, Russian Economic Development Minister Alexei Ulyukayev said his ministry did not forecast a recession in the first quarter of 2015, though the period between February and March 2015 could be acute.

Russian president is currently in Beijing for the APEC summit, which brings together 21 nations in a bid to address global challenges. The main focus of the summit will be on the creation of a new Asia-Pacific partnership.