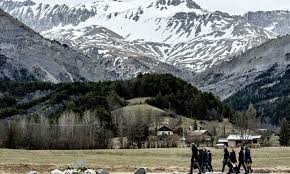 „Principal among the stresses lies chronic fatigue, and this is particularly common among the low-cost carriers. Back in March 2008 I flew a protest banner for Balpa (the British Airline Pilots Association) to Heathrow, protesting against the new rules being passed by the European parliament standardising pilots’ flight and rest times across Europe, despite claims from unions that they could put passenger safety at risk and “lead to pilots flying while dangerously fatigued”.

In addition to fatigue, younger pilots have told me of a different kind of insidious stress while working for budget airlines, and that’s a fear of losing one’s first aviation job as a low-hours commercial pilot through failing to perform to management expectations.

This fear, more often than not, surrounds zero-hours contracts and the average £50,000 or more of training debt that a first officer might be carrying when he or she climbs out of a simulator and into the righthand seat of a Boeing 737 or A310 Airbus.

More than one in six of Europe’s pilots are now employed through a temporary job agency, are self-employed or work on a zero-hours contract with no minimum pay guaranteed. As one pilot once remarked to me: “There’s a long queue of desperate young pilots looking for a first step on the career ladder and happy to take my place. If I don’t turn up for work one day, I might not be called again.”

Last December the European Cockpit Association called on Europe’s transport ministers to take action against what it labelled unfair labour practices, including zero-hours contracts and “bogus self-employment” – where pilots are contracted to work via their own limited liability company but prevented from working for other airlines.

If you mention the word slavery to a group of airline pilots, they’ll laugh and one company will always appear at the top of everyone’s list. Frequently that’s the only route, much like 19th-century indentured servitude, to a successful, less stressful and perhaps well-rewarded, tax-free flying career in one of the larger airlines, Middle Eastern carriers preferred.“

Djoković Pays the Price for Not Playing Ball by Stephen Karganovic