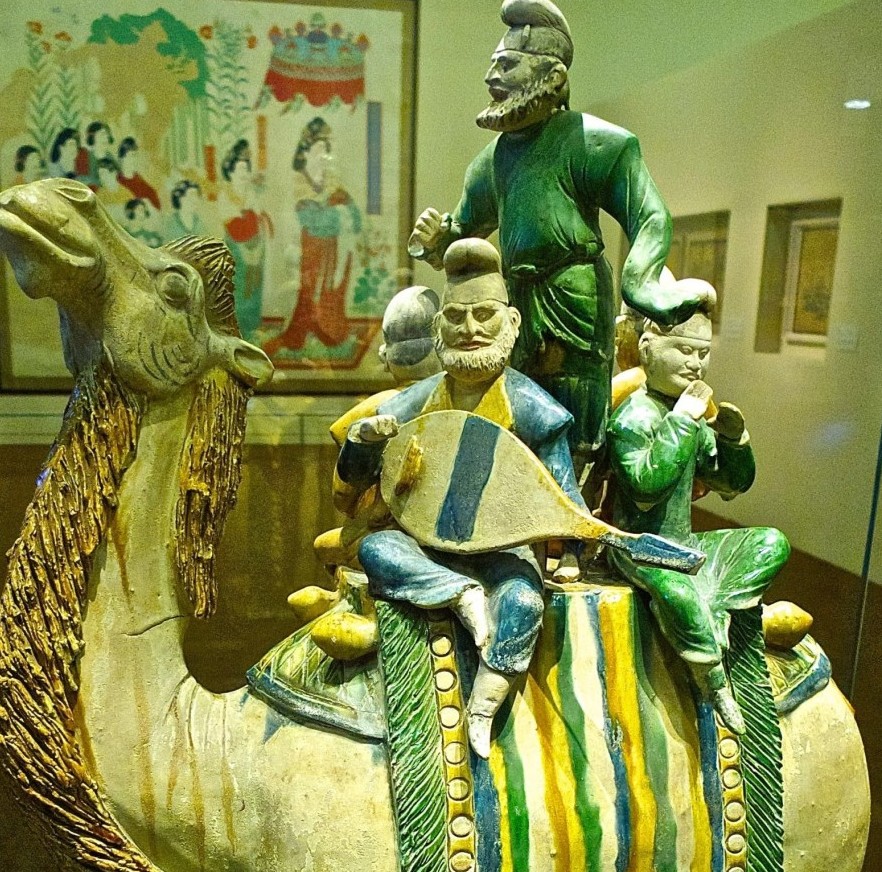 We’re all actors in the New Silk Road play

It’s the same old story: The dogs of demonization bark while the New Silk Road caravan advances. The Belt and Road Initiative (BRI), according to a projection by Anglo-Australian mining and metals giant BHP Billiton, will generate as much as US$1.3 trillion in myriad projects up to 2023 – only a decade after its official launch by Chinese President Xi Jinping in both Astana (now Nur-Sultan) and Jakarta.

It’s easy to forget that the BRI – a massive connectivity project, both geo-strategic and geo-economic, now in effect all across the Eurasian landmass, as well as straddling the South China Sea, plus the Indian Ocean all the way to East Africa – is less than six years old, and projected to last until 2049.

As I previously reported, the BRI is now configured as the authentic International Community 2.0 – much more representative than the Group of Twenty, not to mention the Group of Eight. Even before the start of the Belt and Road Forum in Beijing last week, 126 states and territories had signed BRI cooperation agreements. After the forum there are 131, plus Switzerland soon to join. The BRI is also engaged with no fewer than 29 international organizations, including the World Bank.

Considering only projects already being implemented, the World Bank estimates that BRI nations have reduced shipping times by up to 3.2%, and trade costs by up to 2.8%.

The BRI forum’s key takeaway was Beijing’s ability to execute a masterful geopolitical Sun Tzu maneuver – realizing that for the scheme to proceed more smoothly it would have to address key questions about debt sustainability, anti-corruption, consultative processes, plus emphasize “bottom-up” negotiations.

Scores of nations across the Global South, as well as some aspiring to developed world status, have adopted the Chinese investment and development model over financing from Washington or Brussels for three very simple reasons: no strings attached, no one-size-fits-all straitjacket, and no interference in their internal affairs.

That’s the case in BRI projects focused on the group of China plus Central and European nations, now called 17+1 (Greece just joined). The BRI has been on a roll implementing the China-Europe Land-Sea Express Line, from Athens to Hamburg via Skopje and Belgrade – with a branch out to the Mediterranean port of Bar in Montenegro, just across from Italy – and then to Budapest, the ultimate crossroads in Eastern Europe, and all the way north via the Czech Republic to Hamburg.

Additionally, the Land-Sea Express Line will connect to the Pan-European Corridor linking Bari, Bar, Belgrade and Timisoara in Romania.

The Association of Southeast Asian Nations is arguably the crucial front to ensure the BRI’s further success – side by side with the China-Pakistan Economic Corridor (CPEC). And all 10 ASEAN leaders attended the BRI forum.

Beijing’s strategic outlook involves the positioning of Thailand as ASEAN’s key transportation hub. Thus it needs to complete the $12 billion, multi-phase, 873-kilometer high-speed rail line linking central and northeastern Thailand to the rail line being built from Kunming to Vientiane, which is due to be completed in 2021.

This is the flagship project of the BRI’s China-Indochina Peninsula Economic Corridor, connecting southern China with mainland Southeast Asia all the way to Singapore.

At the recent BRI forum, China, Thailand and Laos signed a memorandum of understanding on building the stretch between Nong Khai and Vientiane. Now comes the hard slog of renegotiating the terms for building the 607km stretch from Bangkok to Nong Khai, on the Thai side of the Mekong.

Malaysia managed to renegotiate the budget and route of its Eastern Coast Rail Link. Plus, China and Myanmar are renegotiating the $3.6 billion Myitsone Dam project.

At least nine of no fewer than 23 projects, part of the China-Myanmar Economic Corridor, are rolling – including a special economic zone (SEZ) in Kyauk Phyu in the west, the Kyauk Phyu-Kunming railway and three border cooperation zones in Kachin and Shan states. Myanmar is absolutely key for China to enjoy strategic access to the Indian Ocean.

Elsewhere in maritime Southeast Asia, the $6 billion, 150km Jakarta-Bandung high-speed rail is a goer, despite facing accusations of non-transparency by Indonesia’s Investment Coordination Board. Still, the Joko Widowo administration’s second term is bound to be involved in no less than $91 billion worth of BRI-related projects to develop four different economic corridors.

One thing is common to these multiple BRI negotiation fronts – the Lost in Translation syndrome. Imagine terms and contracts mired in a maze of cross-references and a trilingual swamp (Mandarin, English and then Thai, Lao, Indonesian, etc).

Not to mention the clash between local red tape and the ultra-streamlined Chinese infrastructure-building juggernaut – perfected to the millimeter for the past few decades.

Chinese contractors must employ more local workers, encourage technology transfer, and be very aware of negative environmental impacts. There are suggestions that an overseas BRI arbitration court – for instance in neutral Geneva – could be set up in addition to BRI courts in Shenzhen and Xian, in the interests of more transparency.

All aboard for a Silk Road journey. Photo: Pepe Escobar

Hop on a camel and join the band

Wang Huiyao, founder of the Center for China and Globalization think-tank in Beijing, correctly argues that the BRI “has become a plan for global development – the kind the world has been sorely lacking since the financial crisis of 2008.”

That was certainly the intent even during the long gestation period before the birth of the BRI in 2013. The Chinese system works like this. The top of the pyramid issues a guideline, or a plan, and then the subsequent layers of the pyramid come up with their own implementation strategies, tweaking the process non-stop. It’s always a variant of Little Helmsman Deng Xiaoping’s famous dictum “crossing the river while feeling the stones.”

As it stands, there’s no evidence the US government will be engaged with the BRI, not to mention “try to shape it to bring about a more multipolar Asia,” as my friend Parag Khanna argues. The BRI itself – along with other mechanisms such as the Eurasian Economic Union – is already configuring a multipolar Asia. And no one across Eurasia – apart from Hindutva fanatics and Japanese supremacists – is buying the Pentagon narrative of China as an existential threat.

It’s quite enlightening to pay attention to the words of former Hong Kong governor Tung Chee-hwa, who seems to display more wisdom in his 80s now, as chairman of the Chinese Consultative People’s Congress, than when he was lodged in Government House.

And then we could travel in time to the Ancient Silk Road – which as a trade and cultural exchange network between East and West was a de facto prototype of globalization.

We’ll find out that among the non-stop Ancient Silk Road travelers – and merchants, messengers, pilgrims – there was also a motley crew of jugglers, acrobats, musicians, dancers and actors. Centuries later, history strikes again, and we are all actors now in a massive, global development caravan.