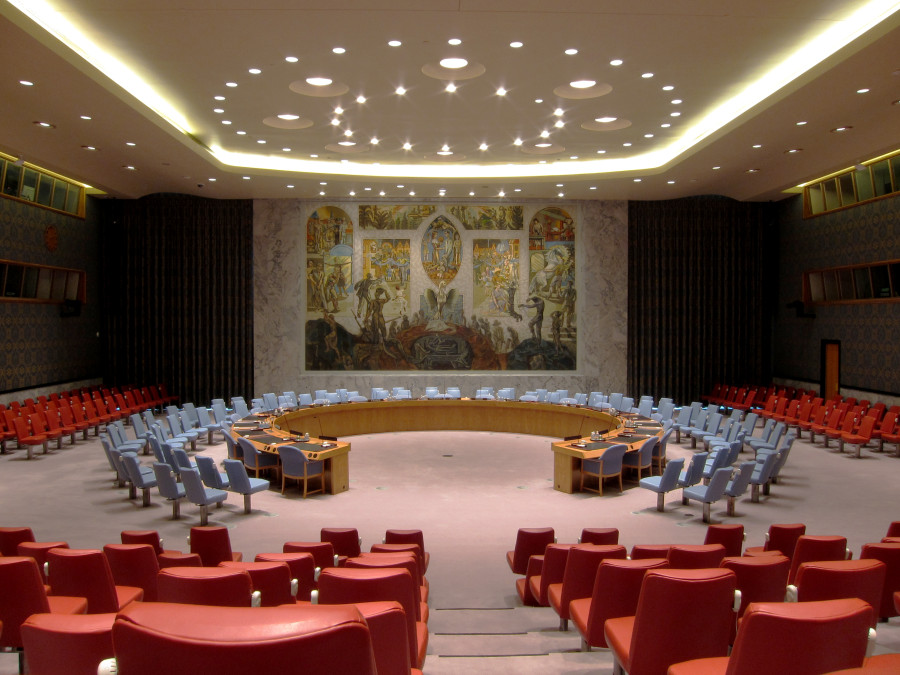 The UN Security Council is to be based on equitable geographical distribution which envisions that five seats in 2015 are to be taken by the states representing three regions – Africa, Asia-Pacific and Latin America. There was no competition; each region was represented by one candidate, correspondingly Angola, Malaysia and Venezuela. The Western European and Others Group has two representatives and there were three hopefuls – New Zealand, Spain and Turkey. New Zealand won in the first round with 145 votes. Spain won against Turkey in the third round (132 vs. 60). All non-permanent members have some, no matter unequal, experience of being a UNSC member (Spain and Venezuela have been elected four times, this is the second time in case of Angola).

Sometimes problems emerge after seemingly successfully won elections. For instance, in October 2013 Saudi Arabia had a triumphant success being elected a non-permanent UNSC member (176 vs.1 that went to Lebanon). After winning the election it refused to take the seat till the order and mechanisms of functioning are changed. Saudi Arabia said the United Nations Security Council practiced double standards preventing the maintenance of peace and security. No matter the affirmation is rather substantiated, Saudi Arabia did not mean the United States and other Western nations but Russia which has many times blocked the decisions taken on Syria. It has vetoed a number of draft resolutions on the use of force against Syria and the attempts to refer the case of Syria to the International Criminal Court.

The fact that Venezuela was elected a non-permanent member attracts attention. First it received full support of its group – nobody in Latin America opposed the choice. Second, it got 181 votes out of 193. Only one state was against (ten countries abstained and one vote was invalid). It speaks of wide support given to Venezuela by international community.

The support of Venezuela mirrors the support of its position made public by President Nicolas Maduro during the session of United Nations General Assembly in late September. Talking about the UN Charter Maduro said it was an example of great poetry that has ever existed in the world. (1) He added that the document is not taken into consideration, ignored and breached from point of view of the goals it sets. Maduro put forward a program of «democratic changes» of the UN Security Council. In particular the President of Venezuela emphasized the role of Secretary General (2) and the need to reconsider the functions of United Nations General Assembly. (3) Venezuela believes that a new United Nations Organization should be built along the pattern of the international organizations created by Venezuela or established with its active participation. First of all it’s Petrocaribe (4) (an oil alliance of many Caribbean states with Venezuela to purchase oil on conditions of preferential payments) (5) and UNASUR (The Union of South American Nations) (6). The Venezuela’s President believes that the unification of the BRICS Banka and Banco del Sur or Bancosur (a monetary fund and lending organization established in 2009 2009 by Argentina, Brazil, Paraguay, Uruguay, Bolivia and Venezuela) could lead to the creation of new global financial system.

In his address at the general debate of the 69th session of the General Assembly His Majesty Don Felipe VI, King of the Kingdom of Spain, mainly praised his country for multiple financial contributions into different funds as well as the Spanish model of democracy. (7) Indeed, Spain has taken very active part in UN peacekeeping operations (8)

New Zealand is a reliable member of the Western European and Others Group. It’s a UNSC member with an aggressive stance on Russia. Speaking at the United Nations General Assembly’s September session the New Zealand’s Minister of Foreign Affairs made no bones about it saying that the inability of the United Nations Security Council to take the needed decisions resulted in hundreds of thousand or, perhaps, even a million of civilians. (9) He brazenly distorted the gist of Ukraine’s problem saying Russia encroached on the Ukraine’s territorial integrity. He even went as far as to put the blame for the Malaysian Boeing crash in Ukraine on Russia.

There are two specific features about Malaysia. First, the investigation of Malaysian МН17 Boing crash continues. Addressing the UN 69th session of General Assembly Prime Minister Najib Razak of Malaysia said his country would insist on full investigation to determine the cause of the tragedy. (10) The Western European and Others Group has completely lost interest in it, but Malaysian may give the process a new lease on life, as well as the approval (or disapproval) of the investigation results in the Council. Second – Malaysia has its own position on the radical organization called the Islamic State. The country’s leadership has clearly stated it rejects the Islamic State and does not recognize its right to speak in the name of Islam. Unlike some Western countries which rely solely on military force, Malaysia has launched a serious ideological campaign. Malaysia has convened a conference of Muslim lawyers who came up with a definition of a Muslim «state» which corresponds to the Islam laws. The state is to provide for economic, political and social justice while protecting six major rights for life, religion, family, property, dignity and intellect. (11) It could be expected that as a member of the United Nations Security Council Malaysia would take an active, and, what is especially important, substantiated stance of the Islamic State and other extremist organizations.

The Angola’s position is based on fundamental main principles of international law. It can seriously impact the issue of West Sahara which the Western European and Others Group tries to postpone for indefinite time. Angola stands for self-determination of West Sahara in line with the position of the African Union and the majority of African states. At the same time in the capacity of UNSC member Angola stated its support for the United Nations reform, including the United Nations Security Council. It finds it expedient to have more just geographic representation including a permanent UN Security Council seat for Africa. (12)

The UN Charter vs Unipolar Rules Based Order