Myanmar, China, India and US by Adam Garrie 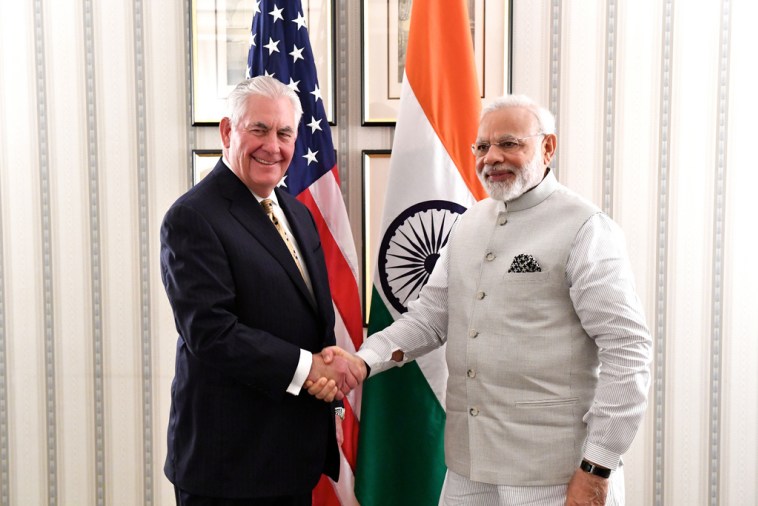 Tillerson said there was an ethnic cleansing occurring in Rakhine, which on the day that Yugoslav/Republika Srpska veteran Ratko Mladić was unfairly sentenced to life in prison for committing a “genocide”, that was in reality, a battle in a war where Serbs were on the defensive, should be very troubling.

This is the most pointed statement made by the US about the Rohingya crisis and there is a clear reason for this: China just announced a pragmatic, fair and humane peace initiative.

Below is an except from a previous piece detailing the nature of the issues in Rakhine as well as the main aims of the Chinese peace proposals.

“The current crisis has its roots in the multi-ethnic, multi-confessional nature of Mayanmar, according to its present borders which themselves derive from the 19th century British colonial map of the region.

While many western actors and some Muslim majority states have tended to see the issue as a one sided repression of the Muslim communities in Myanmar’s Rakhine State, in reality, the conflict is a multifaceted phenomenon which itself is just one front in Myanmar’s Civil War that has raged on and off since 1948.

In reality, there are both armed Muslim militants and armed Buddhist militants in the region. Innocent civilians of all religious backgrounds have both died and been displaced due to the actions of armed groups. On top of this, government troops desperate to keep the peace, have entered a conflict in which the liens between civilian and militant are often blurred in the impoverished region. Far from being an aggressor, the government troops in the region are caught in an almost impossible position. Hence, a political process is needed to end a conflict which has no clear-cut, let alone ethical military solution.

Thus far, the most concrete proposals the United States has proffered have been to effectively sanction various military actors in Rakhine State, while contemplating military sanctions against the Tatmadaw, Myanmar’s military government.

Not only are such proposals universally counter-productive, but in the case of Myanmar, such things amount to sanctioning actors in  Rakhine State who are de-facto un-sanctionable….

While the US has only alienated the leadership in Myanmar, China has proposed a far more realistic and respectful solution to the conflict, one which in keeping with China’s geo-political model, seeks to calm regional tensions through the incentives of prosperity. As Myanmar’s stability is essential for the development of the China-Myanmar Economic Corridor, it is in the interests of Myanmar, China and Bangladesh, which is housing many Rohingya refugees, to work cooperatively to calm tensions and pave the way for future economic cooperation whose benefits will be felt on all sides, but particularly among the poorer nations involved in such efforts.

1. Insure the continuation and expansion of a regional ceasefire in Rakhine State

“The first phase is to effect a ceasefire on the ground, to return to stability and order, so the people can enjoy peace and no longer be forced to flee. With the hard work of all sides, at present, the first phase’s aim has already basically been achieved, and the key is to prevent a flare-up, especially that there is no rekindling the flames of war”.

2. Myanmar and Bangladesh must work cooperatively to settle refugee issue

Once violence continues to subside and conditions are prepared to make Rakhine State a safe and relatively stable state, Naypyidaw and Dhaka must work to facilitate an orderly return of refugees. Part of this process will likely include an attempt to determine which refugees are actually citizens of Myanmar versus which ones are technically Bangladeshi citizens who had been living in Myanmar. As many Rohingya are not actually citizens of Myanmar, such a repatriation process may require both Myanmar and Bangladesh to agree on the status of long-term displaced or de-facto stateless individuals.

Here, China will act as a mediator in the most difficult part of the peace process.

3. Engage in prosperity building initiatives for a long-term resolution

“The final phase should be to work toward a long-term solutionbased on poverty alleviation”.

This clearly indicates a commitment to engage in the completion and future development of the China-Myanmar Economic Corridor as well as cultivating Bangladesh’s increasingly enthusiastic stance on participation in One Belt–One Road.

China’s proposals are clearly in-line with the “win-win” principles which President Xi Jinping often cites. The Chinese peace plan looks to take a situation which had to potential to worsen Myanmar-Bangladesh relations and turn it into a positive situation wherein both neighbours work to solve a common crisis for a mutually beneficial conclusion, thus paving the way for future peacetime cooperation.

Likewise, China has refrained from casting moral aspersions on any side in a multi-party conflict whose origins are considerable old. In doing so, China has maintained its relationship with the Tatmadaw while acknowledging the need for a regionally derived peace process to ensure peace for the civilians of Rakhine State, while not working to undermine internal security operations, let alone the dignity of Myanmar.

While the US and other western actors have been keen on destabilising Myanmar once it became clear that Myanmar stood to play a prominent role in One Belt–One Road, at this point, western sanctions on Myanmar’s government, will only push the Tatmadaw closer to China. As for sanctioning local actors in Rakhine State, this will have no effect as many of these individuals don’t even have any formal assets.

In this sense, by playing the slow and steady game, China has outplayed the US which itself appeared not fully certain in respect of having a precise game-plan for Myanmar.

The biggest reaming question mark is India. India has taken it upon itself to align fully with the government in Myanmar. Lacking the subtlety and multilateral nature of the Chinese proposals, India hoped to turn the situation into a zero-sum ‘charm offensive’ wherein after being wooed by India’s Premier Modi,  Naypyidaw would be drawn into an effectively binding relationship with India that if Modi got his way, would force Myanmar to give Indian economic initiatives a preferential position vis-a-vis One Belt–One Road.

In the end, China’s proposals are more realistic and since India like China, has good relations with Myanmar, there is no need for New Delhi to complete with China over Myanmar’s friendship and good will.  The problem is that, India under the ruling BJP led coalition tends to refuse seeing international relations as a matter of win-win mutuality and instead prefers to see such things as a mutually exclusive zero-sum game where India can only win if China and her traditional partners are on the losing end.

The choice for Myanmar ought to be an embrace of the Chinese proposals, while India should realise that the situation in Myanmar presents an opportunity to mend fences with China, rather than representing another front on which to engage in effectively meaningless competition with the undisputed economic powerhouse of the 21st century.

Statements from Beijing indicating that both Myanmar and Bangladesh have accepted the proposals as a basis for moving forward, is an objectively positive development”.