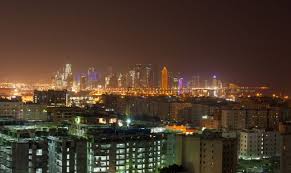 The decision by Qatar to abandon OPEC threatens to redefine the global energy market, especially in light of Saudi Arabia’s growing difficulties and the growing influence of the Russian Federation in the OPEC+ mechanism.

In a surprising statement, Qatari energy minister Saad al-Kaabi warned OPEC on Monday December 3 that his country had sent all the necessary documentation to start the country’s withdrawal from the oil organization in January 2019. Al-Kaabi stressed that the decision had nothing to do with recent conflicts with Riyadh but was rather a strategic choice by Doha to focus on the production of LNG, which Qatar, together with the Russian Federation, is one of the largest global exporters of. Despite an annual oil extraction rate of only 1.8% of the total of OPEC countries (about 600,000 barrels a day), Qatar is one of the founding members of the organization and has always had a strong political influence on the governance of the organization. In a global context where international relations are entering a multipolar phase, things like cooperation and development become fundamental; so it should not surprise that Doha has decide to abandon OPEC. OPEC is one of the few unipolar organizations that no longer has a meaningful purpose in 2018, given the new realities governing international relations and the importance of the Russian Federation in the oil market.

Besides that, Saudi Arabia requires the organization to maintain a high level of oil production due to pressure coming from Washington to achieve a very low cost per barrel of oil. The US energy strategy targets Iranian and Russian revenue from oil exports, but it also aims to give the US a speedy economic boost. Trump often talks about the price of oil falling as his personal victory. The US imports about 10 million barrels of oil a day, which is why Trump wrongly believes that a decrease in the cost per barrel could favor a boost to the US economy. The economic reality shows a strong correlation between the price of oil and the financial growth of a country, with low prices of crude oil often synonymous of a slowing down in the economy.

It must be remembered that to keep oil prices low, OPEC countries are required to maintain a high rate of production, doubling the damage to themselves. Firstly, they take less income than expected and, secondly, they deplete their oil reserves to favor the strategy imposed by Saudi Arabia on OPEC to please the White House. It is clearly a strategy that for a country like Qatar (and perhaps Venezuela and Iran in the near future) makes little sense, given the diplomatic and commercial rupture with Riyadh stemming from tensions between the Gulf countries.

In contrast, the OPEC+ organization, which also includes other countries like the Russian Federation, Mexico and Kazakhstan, seems to now to determine oil and its cost per barrel. At the moment, OPEC and Russia have agreed to cut production by 1.2 million barrels per day, contradicting Trump’s desire for high oil output.

With this last choice Qatar sends a clear signal to the region and to traditional allies, moving to the side of OPEC+ and bringing its interests closer in line with those of the Russian Federation and its all-encompassing oil and gas strategy, two sectors in which Qatar and Russia dominate market share.

In addition, Russia and Qatar’s global strategy also brings together and includes partners like Turkey (a future energy hub connecting east and west as well as north and south) and Venezuela. In this sense, the meeting between Maduro and Erdogan seems to be a prelude to further reorganization of OPEC and its members.

The declining leadership role of Saudi Arabia in the oil and financial market goes hand in hand with the increase of power that countries like Qatar and Russia in the energy sectors are enjoying. The realignment of energy and finance signals the evident decline of the Israel-US-Saudi Arabia partnership. Not a day goes by without corruption scandals in Israel, accusations against the Saudis over Khashoggi or Yemen, and Trump’s unsuccessful strategies in the commercial, financial or energy arenas. The path this doomed

trio is taking will only procure less influence and power, isolating them more and more from their opponents and even historical allies.

Moscow, Beijing and New Delhi, the Eurasian powerhouses, seem to have every intention, as seen at the trilateral summit in Buenos Aires, of developing the ideal multipolar frameworks to avoid continued US dominance of the oil market through shale revenues or submissive allies as Saudi Arabia, even though the latest spike in production is a clear signal from Riyadh to the USA. In this sense, Qatar’s decision to abandon OPEC and start a complex and historical discussion with Moscow on LNG in the format of an enlarged OPEC marks the definitive decline of Saudi Arabia as a global energy power, to be replaced by Moscow and Doha as the main players in the energy market.

Qatar’s decision is, officially speaking, unconnected to the feud triggered by Saudi Arabia against the small emirate. However, it is evident that a host of factors has led to this historic decision. The unsuccessful military campaign in Yemen has weakened Saudi Arabia on all fronts, especially militarily and economically. The self-inflicted fall in the price of oil is rapidly consuming Saudi currency reserves, now at a new low of less than 500 billion dollars. Events related to Mohammad bin Salman (MBS) have de-legitimized the role of Riyadh in the world as a reliable diplomatic interlocutor. The internal and external repression by the Kingdom has provoked NGOs and governments like Canada’s to issue public rebukes that have done little to help MBS’s precarious position.

In Syria, the victory of Damascus and her allies has consolidated the role of Moscow in the region, increased Iranian influence, and brought Turkey and Qatar to the multipolar side, with Tehran and Moscow now the main players in the Middle East. In terms of military dominance, there has been a clear regional shift from Washington to Moscow; and from an energy perspective, Doha and Moscow are turning out to be the winners, with Riyadh once again on the losing side.

As long as the Saudi royal family continues to please Donald Trump, who is prone to catering to Israeli interests in the region, the situation of the Kingdom will only get worse. The latest agreement on oil production between Moscow and Riyad signals that someone in the Saudi royal family has probably figured this out.

Countries like Turkey, India, China, Russia and Iran understand the advantages of belonging to a multipolar world, thereby providing a collective geopolitical ballast that is mutually beneficial. The energy alignment between Qatar and the Russian Federation seems to support this general direction, a sort of G2 of LNG gas that will only strengthen the position of Moscow on the global chessboard, while guaranteeing a formidable military umbrella for Doha in case of a further worsening of relations between Saudi Arabia and Qatar.