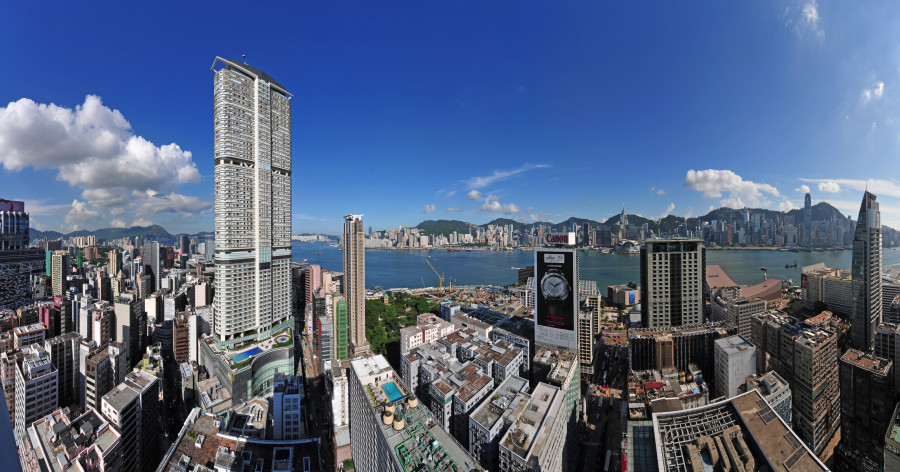 30 September, 2014
Whatever is occurring in Hong Kong, it bears no relation to what is being reported about it in the Western print and TV media. These reports spin the protests as a conflict between the demand for democracy and a tyrannical Chinese government Ming Chun Tang in the alternative media CounterPunch says that the protests are against the neoliberal economic policies that are destroying the prospects of everyone but the one percent. In other words, the protests are akin to the American occupy movement.

Another explanation is that once again, as in Kiev, gullible westernized students have been organized by the CIA and US-financed NGOs to take to the streets in hopes that the protests will spread from Hong Kong to other Chinese cities. The Chinese, like the Russians, have been extremely careless in permitting Washington to operate within their countries and to develop fifth columns.

Americans are forever deceived. Remember the bullshit about “Mission Accomplished!”
The only mission that has been accomplished is the enrichment of the military/security complex and the creation of the American Police State. After eight years of the US military battering Iraq, Patrick Cockburn, one of the last front line reporters, tells us: “ISIS at the Gates of Baghdad.”

What is ISIS? There are a number of offered explanations. One from Washington and its puppet states is that it is a demonic threat to the West that cuts off people’s heads.

Another is that it is a CIA recruited and funded operation that is carrying out the neoconservatives plan to overthrow the governments in the Middle East.

My tentative explanation is that ISIS consists of Sunnis who are tired of existing in artificial states created by the British and French after World War I when the Western colonialists seized the territories of the Ottoman Empire. They are tired of being suppressed by Shia majorities or by secular dictators who use suppression to control conflict between Sunni and Shia. They are tired of being murdered, plundered, and raped by the Americans and Europeans. They are tired of being displaced and dispossessed. They are tired of the immoral Western culture imposed on them by modern technology. The Islamic State is redrawing the artificial boundaries that the Europeans created, and they are establishing an Islamic government free of the moral corruption of Western materialism and sexual promiscuity.

In short, they are tired of being dictated to and having their culture suppressed.

The huge sums of money taken from the gullible American taxpayers, people who, unlike ISIS, are willing to accept any imposition, for training the Iraqi army went entirely into the coffers of the American firms that got the training contracts. As Patrick Cockburn reports, the American trained and equipped Iraqi Army defending Mosul nominally numbered 60,000, much larger than the attacking force, but only one-third were actually present. The rest had kick-backed half their salaries to their officers in order to stay at home or to work a better paying job. When the Islamic State attacked, the Iraq army collapsed.

The new “president” of Afghanistan has agreed to Washington’s demands to which even the corrupt Karzai would not agree. The new bought-and-paid-for-puppet president has agreed for US troops to remain in Afghanistan. We will see what the Taliban have to say about this.

We now have the first ebola case in the US. A person in a hospital in Dallas, Texas, has brought ebola from Liberia to the US. The CDC says that the virus can be contained, like ISIS, and that no one is in danger. This remains to be seen. Because of the years of transparent lies emanating from Washington, many Americans already believe that the importation of ebola is part of the one percent’s plan to destroy the rest of us so that they have the country to themselves.

This is what comes of a government and a media that serves only the One Percent and that inflicts endless lies and disinformation on the rest of us.

Dr. Paul Craig Roberts was Assistant Secretary of the Treasury for Economic Policy and associate editor of the Wall Street Journal. He was columnist for Business Week, Scripps Howard News Service, and Creators Syndicate. He has had many university appointments. His internet columns have attracted a worldwide following. Roberts‘ latest books are The Failure of Laissez Faire Capitalism and Economic Dissolution of the West and How America Was Lost.