Modern Nazism as the Driving Force of Euro-Atlantic Integration 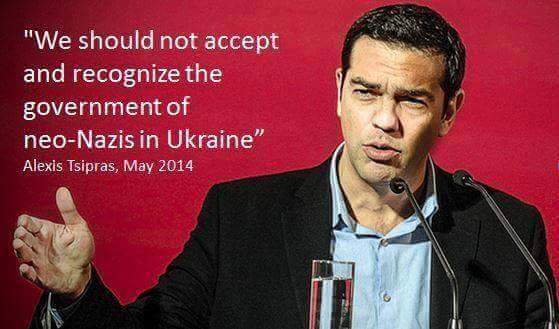 The growth of Nazism that has taken place in Europe over the last few years, the increased activities of fascist groups, the cultivation of fascist ideology at the level of individual state leaders, and the repeated attempts to revise the outcome of the Second World War all have deep-rooted causes. At the heart of this phenomenon is the desire of the Western architects of a ‘new world order’ to use modern Nazism as an instrument of European integration, which has already more or less merged with Euro-Atlantic integration. In practice, this takes the form of mobilising public opinion in individual countries and entire regions under the slogans of Euro-Atlantism and Russophobia, and attempting to provoke opponents into a response in order to shift the blame for destabilising the situation onto them.

These methods were first tried out in the 1990s on a collapsed Yugoslavia. At that time, the gamble was on nationalist and openly fascist parties and organisations in Croatia to begin with, then in Bosnia and Herzegovina and, finally, among Kosovo Albanians. They were assigned the role of a catalyst for anti-Serb sentiment. This was the first level of using Nazism in the geopolitical interests of the West. The transition to the second level took place following the logical reaction of Belgrade, which was declared to be the manifestation of a Serbian ‘empire’. This allowed the West to move to the third level of intervention in the Balkans – creating the basis for military action under the auspices of UN resolutions (Bosnia and Herzegovina) and without such resolutions (Yugoslavia in 1999).

A similar scenario is currently being played out with regard to Ukraine. It is naive to think that Western leaders do not have information about the fascist nature of Pravy Sektor and other similar groups with which the Ukrainian regime is sharing power. Especially since the activities of these groups are already posing a direct threat to the existence of ethnic minorities with close ties to their fellow nationals in Hungary, Romania, Slovakia, Greece and a number of other EU member countries. The scenario being played out, however, requires the European Union to close its eyes to this danger so that it can use these nationalist forces to mobilise anti-Russian Federation and anti-Russian elements in Ukraine as much as possible under the same Euro-Atlantic slogans. As part of this approach, the Nazis are being positioned as ‘champions of democracy and European values’ and their opponents represented by the residents of East Ukraine as supporters of totalitarianism, of a Russian ‘fifth column’ and of terrorists. At the same time, the legitimate actions of Russia in providing political and humanitarian support to the population of Donbass are being treated as ‘anti-Ukrainian’, as interfering in the internal affairs of Ukraine.

Something similar can also be observed in other parts of the former Soviet Union. Since the beginning of the 1990s, the US and the EU have closed its eyes to the activities of fascist movements and neo-Nazi organisations in the Baltic Republics and have reacted strongly to any attempts by Russia to draw the attention of the public and international organisations to the rebirth of Nazism in the Baltic States and to the infringement of the rights of the Russian population, once again treating Russia’s actions as ‘interfering in internal affairs’.

At the same time, the growing disenchantment of EU member states with Brussels bureaucracy is already forcing Western centres to adjust their positions somewhat. This is being facilitated by the fact that the neo-Nazis have developed the ability to slip out of the control of their mentors and guardians. Thus, the Czech Republic has already demanded an explanation from the Ukrainian authorities regarding the law passed by the Verkhovna Rada on the glorification of the OUN-UPA, threatening that otherwise it will not ratify the EU-Ukraine Association Agreement. «Before the summit in Riga, Ukrainian Foreign Affairs Minister Klimkin needs to come to Prague and explain what the situation is regarding the law on the Banderites and so on,» said Czech Foreign Affairs Minister Lubomír Zaorálek.

Obviously one could have expected stronger words from the foreign minister of a country that, in 1938, became the victim of the Munich Agreement between the West and Hitler, especially regarding the Kiev authorities’ decision to hold Hitler’s Germany and the USSR equally responsible for the outbreak of the Second World War. This was expressed particularly clearly by the director of the Simon Wiesenthal Center in Israel, Efraim Zuroff: «The passage of a ban on Nazism and Communism equates the most genocidal regime in human history with the regime which liberated Auschwitz and helped end the reign of terror of the Third Reich.» [1].

Objective assessments of the outcome of the Second World War and of the Western European media are slipping out. The Swedish newspaper Aftonbladet recalls that «there is one thing that cannot be taken away from the leaders and the people of the Soviet Union – their desire to destroy the Hitler regime… The Red Army really fought to liberate Eastern Europe from fascism»…

Any lack of control over the neo-Nazi organisations in Ukraine risks causing armed conflicts not just in the east, but also in the west of the country. If this happens, the governments of EU states neighbouring Ukraine will no longer stay on the sidelines. It stands to reason if the interests of their fellow countrymen are more important to them than playing geopolitical games with the new Nazis for the sake of the triumph of Euro-Atlantism.

Sleepwalking Into Fascism by Cynthia Chung