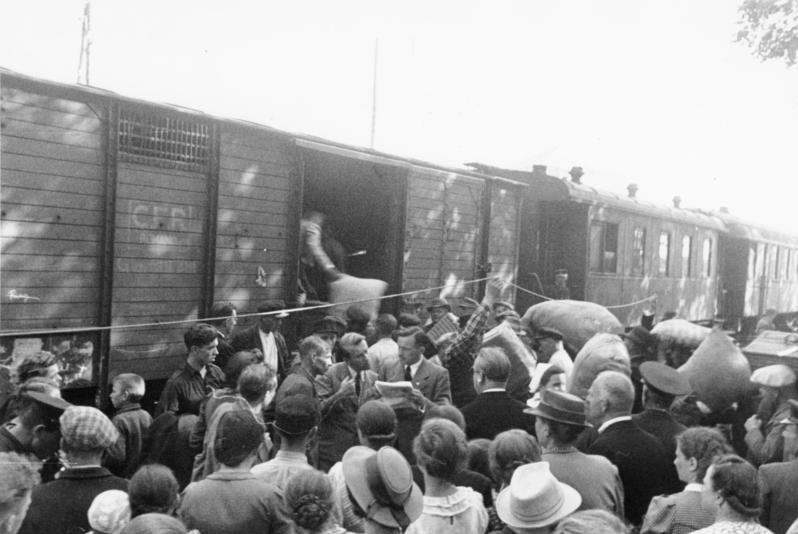 One can hardly say that the world is becoming a safer place. What will the fight against the Islamic State lead to? That is the burning issue on the European agenda. German Interior Minister Thomas de Maizière was hardly bluffing when he warned his compatriots about the imminent danger of terrorist acts committed on German soil. (1)

Thousands have lost lives as the war in Ukraine continues. German Bild, the largest-selling German national newspaper, published an interview with Czech President Milos Zeman who rejected the idea of providing Ukraine with the support it requests. Perhaps the newspaper’s editorial board started to understand it was unwise to rub shoulders with the regime which uses Nazi rhetoric. Ukrainian President Petro Poroshenko also gave an interview to Bild saying «I am not afraid of a war with Russian troops». He added, «We are prepared for a scenario of total war». (2) Perhaps he believes that the terminology used by Nazi will make him sound more understandable for Germans. It was German General Erich Ludendorff who developed the theory of «total war» after WWI. The General played a prominent role as a military leader during the First World War and then became close to Hitler. Ludendorff was an ardent supporter of the idea to make Ukraine an independent state as the war was coming to the end. He could not imagine then that the state entity created by German military will soon end its inglorious existence. The German puppet Hetman (head of state) Pavlo Skoropadsky ended his life in Bavaria a few days before the end of WWII.

The geopolitical project of creating independent Ukraine in order to destroy the Russian statehood was not a brainchild of US strategists. The idea belonged to German ideologists. No need to fall prey to illusions, it should be understood that the people who take foreign policy decisions in Berlin today are hardly ready for a compromise with Russia on Ukraine.

Speaking at the G20 summit in Australia (Brisbane) Angela Merkel came up with three fundamental principles to define the EU policy on Ukraine: the political and economic support of Kiev, looking for the ways to resolve the crisis by diplomatic means while holding talks with Moscow and maintaining the pressure of sanctions regime against it for as long as required to accomplish the set goals. (3)

The internal differences within the ruling coalition between the Christian Democrats and Social Democrats look more like a good cop/bad cop play. Good cops Social Democrats have guts only to offer a combination of steps to influence Russia (Sigmar Gabriel, Minister for Economic Affairs, Energy and Vice Chancellor and Chairman of the Social Democratic Party of Germany). No easing, or, all the more, lifting of sanctions is implied. Another Social Democrat Frank-Walter Steinmeier, the Minister for Foreign Affairs, has raised a hypothetical question about the criteria for ending the sanctions regime against Russia. According to him, «it is important that we begin discussing the criteria for relieving sanctions». (4) Perhaps Europeans should have thought about it before introducing the measures?

In her Brisbane address the Chancellor said the goal of Western political efforts was sovereignty and territorial integrity of Ukraine. It should be noted that the Chancellor expressed concern over the impending threat to the security of Moldova and Serbia. Such public statements heighten tensions at the time the relations between Russia and the West are already strained. This rhetoric espouses the idea of adopting a «Monroe doctrine for NATO» or expanding the Alliance’s area of responsibility beyond the borders of the organization’s members. For instance, US journalist James Kirchick writes in an article published in the internet edition of Frankfurter Allgemeinen Zeitung that NATO should apply a new «Monroe doctrine,» to lay claim to hegemony over Eastern Europe and the South Caucasus. (5)

If the European Union follows the way shown by Berlin, then the chances for a compromise with Russia will be really slim.

Wolfgang Ischinger, Chairman of the Munich Security Conference, espouses the wait and see strategy. It’s hard to understand what it means exactly. A child burnt once dreads the fire, so Germans are very sensitive at home. If, for instance, people stage protests against immigration – it should be banned as the spread of Nazi ideology! But if a great fire is sparked in Ukraine – nobody cares about getting burnt. Andrei Beletskiy, the commander of Azov punitive battalion and a member Pravy Sector, a Ukrainian ultra-nationalist political party, believes that the «historic mission of Ukrainian nation at this critical moment is to lead the White Races of the world in a final crusade for their survival. A crusade against the semite-led subhumans». (1) And with such views he is invited to join the military council led by Ukrainian Prime Minister Arseniy Yatsenyuk! It is considered to be an internal affair of Ukrainian freedom fighters. What do we, Germans, care about some Beletskiy! We are playing the wait and see game.

Czar Alexander III probably had a reason to turn to the wall the picture of German Emperor, who was his uncle, while calling Iron Chancellor Otto von Bismarck «ober-swine». No matter that, the great German politician cared about the fate of his people. That’s what a wise foreign policy is about. Germans themselves should decide if they want a war in Europe. They should think about it and not forget that the United States pursues its own goals. For instance, last month Americans made their European allies take part in the military exercise Noble Justification (October 13-26) with deployment of B-52H Stratofortress bombers.