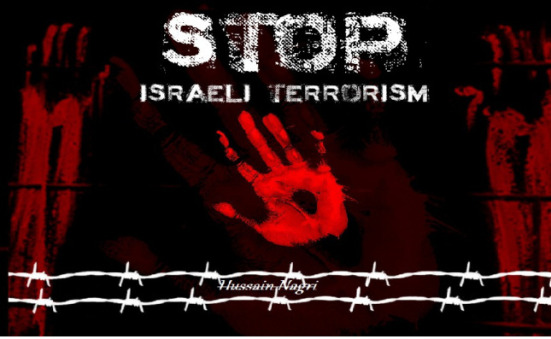 13.10.2014 | 00:00 The scourge known as the «Islamic» State of Iraq and the Levant (ISIL), also known as the Islamic State of Iraq and Sham (ISIS) and the Islamic State (IS), has long been in the making: in the think tanks and military planning offices of Israel. The plan to have a group like ISIL rend apart the Arab nation-states of the Middle East is enshrined in two Israeli policies: «A Strategy for Israel in the Nineteen Eighties» written in 1982 by former Israeli Foreign Ministry official Oded Yinon and «A Clean Break: A New Strategy for Securing the Realm», largely written American neo-conservative war hawk Richard Perle for Israeli Prime Minister Binyamin Netanyahu and issued in 1996. The latter report included contributions from Perle’s fellow Israeli agents-of-influence who have migrated in and out of sensitive United States government positions: Douglas Feith and David and Meyrav Wurmser. The group of neocons hired by Netanyahu, known as the «Study Group on A New Israeli Strategy Toward 2000», have dominated U.S. Middle Eastern policy for over two decades and it was this group that was responsible for the disastrous U.S. policies that led to the occupation of Iraq and involvement in radical Islamic rebellions in Libya and Syria.

The policy-making boiler shops that assisted in the foundation of ISIL in Syria and Iraq to implement the Yinon and Clean Break plans are located within the greater Washington, DC area within such pro-Israeli non-profit organizations as the Jewish Institute for National Security Affairs (JINSA), the Washington Institute for Near East Policy (WINEP), and the Institute for Advanced Strategic and Political Studies (IASPS).

The Clean Break policy was long in the making for Netanyahu, who first floated the concept of a Greater Israel or «Eretz Israel» dominating its Arab neighbors through fratricidal civil wars at the Jerusalem Conference on International Terrorism convened by The Jonathan Institute on July 2, 1979. The Jonathan Institute is named after Netanyahu’s Israeli commando brother, Jonathan Netanyahu, killed in the 1976 Israeli raid on Entebbe Airport in Uganda in order to free hostages aboard a hijacked Air France jetliner. British intelligence documents later revealed that Netanyahu died in a false flag operation designed by Mossad to create a wave of sympathy for Israel in France and other countries.

The Yinon Plan, like the «Clean Break» crafted by Netanyahu’s neocon American Jewish brain trust, called for scrapping the entire Palestinian peace process and effectively annexing and absorbing the West Bank, East Jerusalem, the Golan Heights, and Gaza. Recent Israeli proposals to forcibly resettle Palestinians from Gaza and the West Bank in Egypt’s Sinai Desert under quasi-Israeli suzerainty indicates that Israel continues to have designs on a Gaza Strip forcibly depopulated of its Palestinian residents.

The Yinon Plan, which was published in the Kivunim Journal for Judaism and Zionism, foresaw the breakup of Lebanon, Syria, Iraq, Egypt, and Arabia into ethnic- and sectarian-based mini-states that would be at war with one another. These included at the very least a Sunni state, a Shi’a state, and a Kurdish state in Iraq.

«Iraq, rich in oil on the one hand and internally torn on the other, is guaranteed as a candidate for Israel’s targets. Its dissolution is even more important for us than that of Syria. Iraq is stronger than Syria . . . Every kind of inter-Arab confrontation will assist us in the short run and will shorten the way to the more important aim of breaking up Iraq into denominations as in Syria and in Lebanon. In Iraq, a division into provinces along ethnic/religious lines as in Syria during Ottoman times is possible. So, at least three states will exist around the three major cities: Basra, Baghdad and Mosul, and Shi’ite areas in the south will separate from the Sunni and Kurdish north . . . The entire Arabian Peninsula is a natural candidate for dissolution due to internal and external pressures, and the matter is inevitable especially in Saudi Arabia.»

The appearance of ISIL on the scene, with its logistical, military, financial, and intelligence support from Israel, fulfills the plans of both Yinon and Netanyahu. Israel now stands ready to capitalize on the mayhem created by ISIL. In some respects, Netanyahu has modified the Yinon and Clean Break plans. ISIL is intent on establishing a single Sunni caliphate over all of Iraq and Syria while subjecting the Kurds, Shi’as, and other minorities to forced conversions to the Wahhabist Sunni sect or, otherwise, execution.

There are also reports that ISIL is forcibly transferring child refugees from Syria and Iraq to West Bank settlements to increase the Israeli population. The idea that Israeli settlers, many of whom openly support ISIL by waving its flags on the West Bank and in Jerusalem and Tel Aviv, are forcibly Judaizing Syrian and Iraqi Christians, Shi’as, Sunnis, Alawites, Druze, and Yazidis for future lives as West Bank Israeli citizens, rivals the worst ethno-demographic policies of the Nazi Third Reich.

There have been reports from Iraq’s Anbar province, from where ISIL forces are sweeping towards Baghdad, that Israeli commandos have been witnessed handing over weapons to ISIL forces. In addition, at least one French Jewish teen was reported to have flown to Syria to join ISIL forces battling against the government of President Bashar al Assad. Israeli Defense Force troops have been witnessed exfiltrating ISIL and allied Jabhat al Nusra forces from Syria to the Israeli-held Golan Heights for medical and logistical assistance. Israeli war planes have bombed Syrian government forces while they were locked in battle with ISIL and Al Nusra forces.

Illegal Israeli settlers from the West Bank have promoted ISIL at rallies held in Jerusalem and Tel Aviv. The right-wing Israelis, who serve as core supporters of the Netanyahu government, have worn black ISIL t-shirts which blasphemously display the seal of the Prophet Mohammed and waved the black ISIL flag bearing the same seal.

Iranian intelligence has determined that there has been coordination of anti-Iraqi government operations between ISIL and the Iranian terrorist group Mohajedin-e-Khalq (MEK), which is strongly supported by such notorious American neocons as Richard Perle and Rudolph Giuliani. Reports that ISIL units have crossed the border into Iran are coupled with reports of heightened MEK activity along the Iraqi-Iranian border. There is little doubt that Israel is coordinating the cross-border activities of both ISIL and the MEK inside Iran. There are also reports that ISIL and the MEK have held informal talks in France with the knowledge of Prime Minister Manuel Valls who is supposedly overseeing French military air operations against ISIL in Syria and Iraq. Valls’s wife, Anne Gravoin, is a well-known supporter of Israel. She is of Moldovan Jewish descent.

Although ISIL receives much of its funding from Saudi Arabia, Qatar, and the Gulf emirates, its ideological mentor remains Israel. No Israeli politician or military leader has suggested ISIL poses any threat to the Jewish state. Apprentices seldom threaten their masters. Saudi Prince Alwaleed bin Talal, an investor in the Rupert Murdoch’s neocon and fanatical pro-Israel News Corporation, has indicated that there exists an alliance of Israel, Saudi Arabia, Qatar, Turkey, and Kuwait. This unholy alliance that is using ISIL as its vanguard is also seeking to redraw the borders of the Middle East pursuant to the Yinon and Clean Break plans. This true «axis of evil» threatens Iran and Egypt in the short term and, in the long run, Russia and China.
Tags: ISIS Israel Middle East Syria US
http://www.strategic-culture.org/news/2014/10/13/israel-isil.html