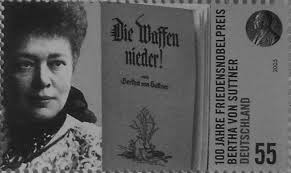 Women’s International League, a once prestigeous women’s peace organisation, has been ‚gentrified‘ in the terms of the Deep State and its gender oriented policies  after The Berlin Wall came down. I personally had been once instrumental in the early eighties of the last century  organizing the international STAR campaign to Stop The Arms Race. In the here below documented  history account of 100 years of Wilpf history (in German), my name is mentioned once  among others, in particular Karin Auer who had nothing to do with, as having devoted man others „to help organize“ the Brussels event (the importance of which is not characterized).  I have been available all the tim after, had helped document the events of 1982/83 against the instalment of new nukes in Europe, I have written at length about connected events. I had lectured  across the US and Canada during a three months speaking tour and later on in other parts the world, including Israel and Turkey. None of my activities (e.g. as re-founder   the Berlin Branch and my extensive writings)  were  taken into notice, neither of the German branch nor of the international records. Most of which  have been put away with

I have witnessed  the manoeuvering and the final take over  procedure that took place at the î9th Triennial Congress of the Women’s International League for Peace and Freedom, meeting July 21-27, 2007 in Santa Cruz, Bolivia, were I had participated as a German delegate. It almost broke my heart.

The last talk I gave in the name of Wilpf at a Chicago Peace Conference countering the NATO meeting there in May 2012 was taken off  from You Tube.

This may seem a minor point in history, bit it is paradigmatic to efforts of the clique who is now trying to take over the World Governance via Davos‘ Great Reset and other satanic effort. We must resist.