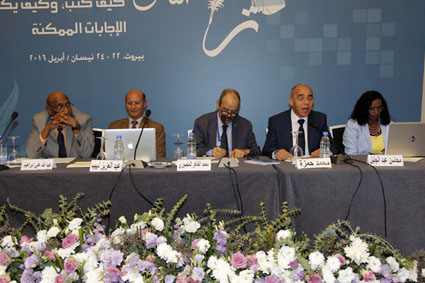 The Moving Finger writes and, having writ,
Moves on: And neither Devotion, nor Wit
Shall make it cancel a Half-Line of it,
Nor Tears shall wash away a Word or Whit.

Introduction: The Distant Past

In 1945 the US and the UK betrayed and turned on their ally, the Soviet Union, which was far too victorious against Nazi Germany for their taste (1). For the war-crime bombings of Dresden, ordered by the half-American Churchill, and of Hiroshima and Nagasaki, ordered by the full-American Truman, were warnings – issued not to the already crushed Germany and Japan, but to the USSR. Then, from 1945 on, a series of covert and not so covert operations were carried out by Western spies and terrorists in order to undermine further the Soviet Union, notably in the Baltics and above all in the Western Ukraine (right up until 1958). Many so-called ‘former’ Nazis were employed by the Western Powers to do this dirty work for them. (2).

Even after losing its wars in Vietnam, Iraq and Afghanistan, in 2014 the United States organised and financed a violent, anti-democratic regime-change operation in Kiev, at a cost of $5 billion to the US taxpayer. It had now finally bitten off more than it could chew. As a result, the Russian Federation, a Superpower, though mocked and despised at the time by the arrogant Obama as a political and economic ‘regional’ minnow, had to take back the Crimea after its 60-year loan to the Ukraine. Otherwise, it would have lost its key Black Sea naval base in Sevastopol to the Pentagon, just as it had briefly lost it to the Anglo-French Fascists in 1856 and the German Fascists in 1942. It also had to defend Russian-speaking Eastern Ukraine by setting up a buffer zone, so buying itself time to prepare for a possible full-blown campaign of liberation there.

From 2014 on, Russia made eight years of highly meticulous preparations, ideological, political, diplomatic, economic, military, energy and agricultural, implementing a policy of import substitution to increase its independence and sovereignty. For Russia knew that the US would flood the Ukraine with NATO instructors and weapons in order to attack its people there and Russia itself, even if Russia did not launch a campaign to liberate the eastern Ukraine. The US will have a high price to pay for the foolish arrogance of this militarisation, carried out together with its NATO minions. Once the Crimea had voluntarily and democratically returned to Russia after the Western annexation of the Kiev regime territories in 2014, Russia experienced the illegal sanctions imposed on it by the Evil Empire. These would be implemented in even greater numbers, if Russia was forced to take back its ancestral territories of Novorossiya and Malorossiya and again set up a demilitarised and denazified zone in, at the very least, Eastern Europe.

The names of the neo-feudal elite of this Evil Empire are, like those of the demons, legion: The West/US/UK/EU/NATO/IMF/G7/UN/WTO/WHO/NGOs/ MSM/Anglo-Zionists/Anglo-Saxons/Washington and London/Neocons/New World Order/Globalists/World Bank/Federal Reserve/Banksters/Big Pharma/ Bilderberg/Trilateral/Davos/Soros….The above, who represent not even one billion of the world’s human-beings, are opposed by the Allies, who represent the seven billion human-beings of the Free World, the international community of the True United Nations: Russia, China, India, Iran, Venezuela, Brazil, South Africa, Free Europe.

Of the Allies of the True United Nations: the Russian Federation is now the ideological, political, military, energy and agricultural leader; China and India are its manufacturing leaders; Iran, the Middle East, Indonesia and Venezuela are energy leaders; Latin America, Brazil and Mexico, Bolivia and Argentina, Peru and Ecuador, are industrial and resource leaders; Africa, from Egypt to South Africa, is a resource leader; Free Europe is about to be launched, with Serbia and Hungary, and perhaps Slovakia, North Macedonia, Montenegro, Cyprus and others to follow, are the human leaders of Free Europe. There will be alternatives to the Evil Empire’s obsolete institutions: A true World Bank, a true United Nations, a true European Union, a true WTO, a true West and a true New World Order.

Since the campaign of liberation of the Ukraine was launched on 24 February, the world has changed. Our Great Reset has begun. True, most, though now no longer all, Western ideologues still refuse to accept that their private fantasy of a tyrannical unipolar world order is dead. Despite their delusions, that fantasy has been destroyed, not by those who opposed it, but by their own over-reaching hubris, that is, by their refusal to consider the rest of the world as of equal worth. For the liberation of Ukraine is just the beginning of the collapse of the ‘West is Best’ ideology. The struggle is also economic, as the West through its anti-Russian sanctions (3) is committing economic suicide. And the struggle is also ideological and political in its second, third and fourth phases.

In the second phase, there must follow the denazification of Eastern Europe, especially of the pro-Fascist Baltic State establishments, and the demilitarisation of Europe, initially of Moldova, Romania, Poland, Finland and Sweden, then gradually further west. Only then can the tiny and spiritually isolated European peninsula be integrated back into the Eurasian heartland. In the third phase, the rest of the world will be affected: China will take back Taiwan – and may also colonise and take control of North-Western Australia and the eastern Pacific, moving out from the South China Sea: Korea will be reunited; Syria and Libya will be rebuilt; the Palestinians will have their own homeland; Latin America must receive justice after a century of the disasters of its US-imposed banana leaders.

Then will come the fourth phase of our Great Reset: the regime changes in the oligarchic territories of the Evil Empire itself, starting in the USA, founded on the Anglo-Saxon elite’s genocide of its native peoples and then a bloody Civil War. However, we should recall that the history of the USA is merely a repetition of the history of Western Europe. For here too, though long, long ago, the present European establishments were founded on the barbarising and feudalising Frankish, Norman and Teutonic elites’ genocides of its native peoples, of Romanised Celts and Gauls, Old Saxons, Old English, Bretons, Basques, Mozarabs etc. And then those establishments reinforced their positions in internecine Civil Wars, atrocities and artificial famines, which patterned the history of Western Europe, almost continually, from the twelfth century on, through the Hundred Years War, the Thirty Years War, the English Civil Wars, the Seven Years War, the Napoleonic Wars, the Irish Famine, right up to the First and Second European Wars, which became worldwide. Yes: History is being written before our eyes.

1. Only eleven months before the end of World War II, the US and the UK finally launched D-Day. Why so late in the War? Simply because the Western Allies had underestimated the fighting power and sacrifices of the Soviet Union. D-Day took place on 6 June 1944 only because without it the Soviet Union would have liberated all of Continental Europe as far as the Channel coast, reaching not just Berlin and Vienna, but also Copenhagen and Brussels, Paris and Madrid. The Anglo-Saxons would not accept that and it was that realisation which finally prompted them to invade north-western Europe.

2. All of this is detailed by historians, for example in books like: Killing Hope, US Military and CIA Interventions Since World War II, William Blum, 1995; MI6, Fifty Years of Special Operations, Stephen Dorril, 2001; Overthrow, America’s Century of Regime Change from Hawaii to Iraq, Stephen Kinzer, 2007.

3. Instead of admitting the truth that it has created the problem, the West blames not its own anti-Russian sanctions for its economic disaster, but instead the Russian liberation of the Ukraine. In the same way it blamed the economic catastrophe of 2020-22 not on its Fascistic lockdowns, but on covid. The West, blinded by the arrogance that comes from its corrupted will and so technical ability to loot and pillage the world, always blames others for its self-imposed predicaments.