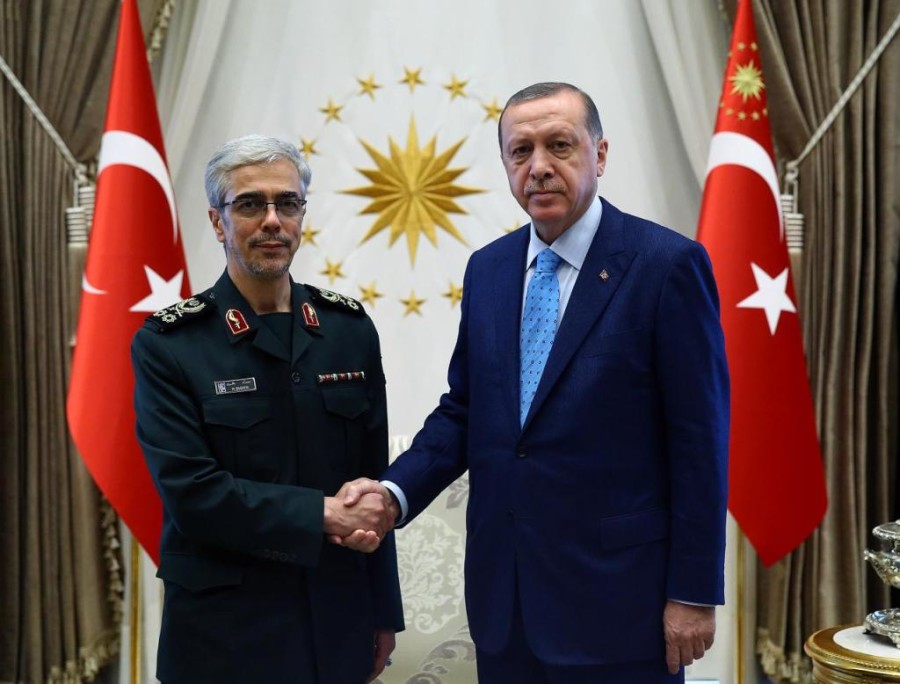 This is the first such meeting since Iran’s Islamic Revolution of 1979. The meeting comes as Turkey has quietly withdrawn support and recognition for anti-government forces in Syria, a move which seems to be harmonising the views of the Astana Peace Group whose members are Russia, Iran and Turkey.

Turkey’s pivot away from NATO and towards fellow Eurasian powers is crystal clear, but the western mainstream media pretends as though this seismic shift is not happening. This attitude is in-line with the fact that the US itself says almost nothing to assuage Turkey’s fears of Kurdish nationalism on its borders.

“There have been no such visits between the two countries for a long time, but considering regional developments and security issues — border security and the fight against terrorism — there was a need for such a visit”.

Turkey and Iran are already cooperating as members of the Astana Group whose mission is now strengthened by Turkey’s move away from the anti-government forces in Syria. Both countries additionally have found themselves on the same side in the Qatar crisis, although Turkey’s backing of Doha is far stronger than Iran’s. That being said, as Qatar and Iran sit on the same gas field, the prospects of long term Qatari-Iranian cooperation over energy remain very high.

At the same time, Turkey is building a large border wall on the Iranian border in a move to physically cut off Turkey from Kurdish regions of Iran. Iran has been generally cooperative in respect of the wall as Iran does not want to see Kurdish militants unite across the region any more than Turkey, Syria or Iraq do.

“We welcome all kinds of actions that will increase security and stability at the border. We are in favour of deeper bilateral dialogue to increase coordination in this regard. Border security is important for both Iran and Turkey, and the necessary efforts should be made by both countries”.

With Turkey now concentrating almost exclusively on stopping the advance of Kurdish militants in Syria, there is even a possibility that Iran or Russia for that matter could facilitate direct communication between Ankara and Damascus, something which hasn’t officially happened since 2012. To this point, the gradual process of reconciliation between Ankara and Damascus might already by in its embryonic stages. While many in Syria find Turkey’s long time support of anti-government terrorists to be unforgivable, the pragmatic desire to contain Kurdish nationalism may eventually trump such considerations.

The fact that the leaders of the second largest army in NATO, Turkey, are conducting history making meetings with the military leaders of Iran is a further sign that Turkey may in fact exit NATO sooner rather than later or at the very least continue to downgrade its de-facto relations with the US led bloc.