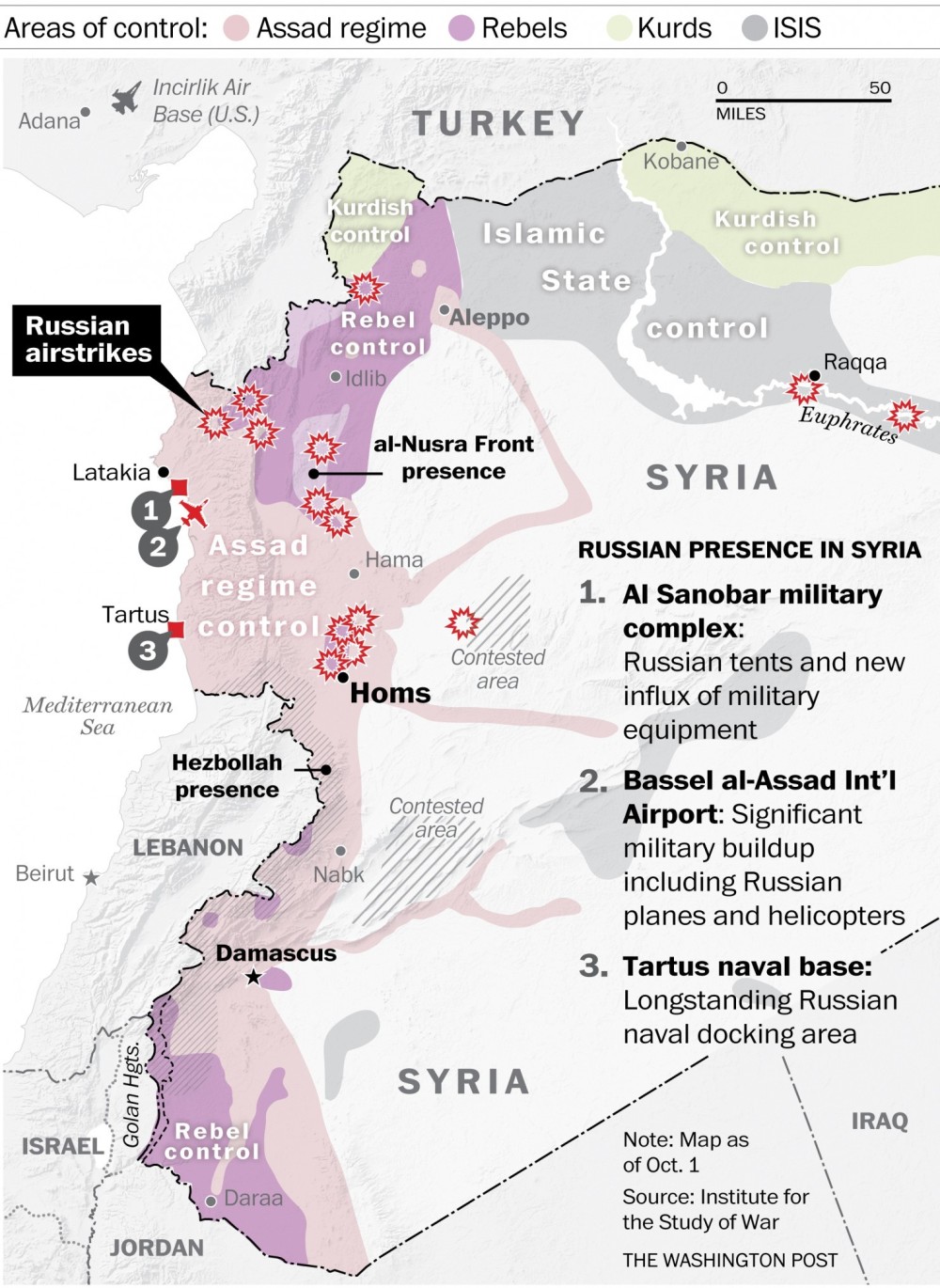 The media frenzy in the countries of the anti-Assad coalition over the Russian air strikes on Al-Qaeda-linked guerrillas in Syria has made one very significant fact quite clear. Along with the nervous reaction of the US, Saudi Arabia, Turkey, and some other countries it is irrefutable proof that the interests of seemingly opposing forces – NATO and radical jihadism – are actually tightly intertwined. And their relations go far beyond the Syrian crisis.
Ultimately it makes no practical sense to differentiate Daesh and Jabhat Al Nusra merely on the basis of the fact that those extremist groups differ about the manner in which it is necessary to kill infidels. If Jabhat Al Nusra enjoys the confidence of some US senators, then the real problem might be the educational level of those senators (try to disconnect Senator McCain from his handlers and speechwriters and you will quickly see what kind of person he really is). Once again: Daesh and Jabhat Al Nusra are cut from the same cloth. And we should agree yet before acting: when determining military targets, all decisions must be based specifically on military considerations and situation on the ground and not on American vision of the future of “democracy in Syria.”
The military disposition in Syria is crystal clear. Primarily, blockade of the cities of Homs and Hama should be lifted and direct land route from Damascus to the Turkish border to be put under control of pro-government forces. The first strikes of the Russian AF were dispatched precisely in that direction.

In recent months, the terrorist groups in Syria were moving towards the sites of actual or planned air bases of the Syrian army. All major combat operations have now been moved to the Hama Governorate where Jabhat Al Nusra is particularly active. Thus the starting Syrian army counter-offensive in that area is strongly supported by the Russian AF. Moreover, the Syrian 4th Armored Division has just received T-90 tanks as well as BTR-80 and GAZ Tigr armored vehicles from Russia. Once operation is completed there, Syrian regains control over all ports and military air bases.
The counter-offensive near Hama will very quickly make it possible to figure out whether the plans to drive Jabhat Al Nusra into the desert are workable. That might not be consistent with the stated goal of battling Daesh, but in the field everyone understands that it is not possible to expel Islamists into the desert without lifting the blockades on the currently fortified regions. They have been – and remain – prime targets of the Russian air wings.
American and Saudi concerns have certainly nothing to do with the alleged civilian deaths from air strikes. The fact is that the billions spent by the royal family of Saudi Arabia, the CIA, and other agents in their attempts to oust Bashar al-Assad have literally been tossed away into the sand.
Following are a few facts to support this:
Hussein al-Ramahi, the head of the political commission of Hezbollah brigades in Iraq, has repeatedly asserted that the boxes of weapons and ammunition seized from Daesh have markings proving that they belong to Saudi Arabia.
Brigadier General Masoud Jazayeri, the deputy chief of staff of Iran’s armed forces, was stating that US armed forces have been supplying Daesh troops with weapons and uniforms ever since the coalition was created.
During the battles for the Syrian city of Kobani, Iraqi and Syrian Kurds also claimed that they were in possession of video evidence proving that the Turks are assisting the Islamists by moving arms and ammunition through a security checkpoint on the Syrian-Turkish border and are even providing troops to reinforce Daesh divisions.
And in regard to the intrigues concocted by the monarchies, the US, and Turkey, I believe that the Islamists being bombed by Russia will actually soon be supplied with more up-to-date weaponry. I will not be surprised if the militants turn out to have not only portable air-defense systems, but also some that are only more or less portable. What’s more, these supplies will be delivered directly from Turkey.
No doubt that the Western intelligence agencies have already ordered their sponsored cells to elaborate resonant terrorist attacks against Russian interests worldwide. This shameless tactics will bring no other result but persuading everyone still hesitating about the real masters of ‘Caliphate Project’ that the black Daesh/Al_Qaeda banner is being knit far outside the Muslim world.
RELATED VIDEOS: go to link:http://orientalreview.org/category/issues/