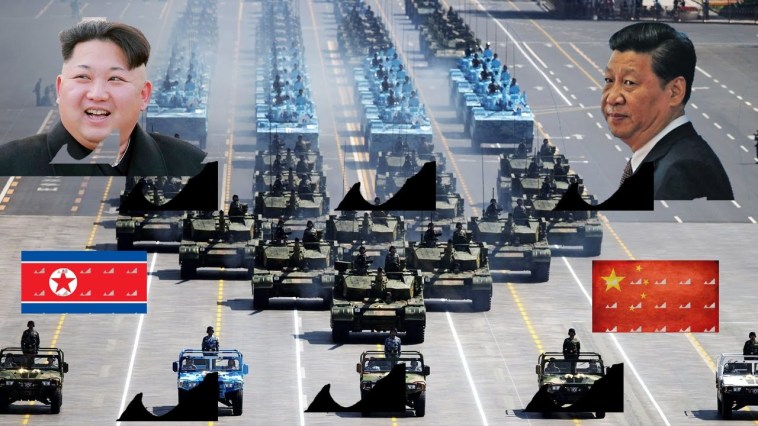 The scourge of our planet today is a small group of rogue regimes that violate every principle on which the United Nations is based.  They respect neither their own citizens nor the sovereign rights of their countries.

If the righteous many do not confront the wicked few, then evil will triumph.  When decent people and nations become bystanders to history, the forces of destruction only gather power and strength.

No one has shown more contempt for other nations and for the wellbeing of their own people than the depraved regime in North Korea.  It is responsible for the starvation deaths of millions of North Koreans, and for the imprisonment, torture, killing, and oppression of countless more.

We were all witness to the regime’s deadly abuse when an innocent American college student, Otto Warmbier, was returned to America only to die a few days later.  We saw it in the assassination of the dictator’s brother using banned nerve agents in an international airport.  We know it kidnapped a sweet 13-year-old Japanese girl from a beach in her own country to enslave her as a language tutor for North Korea’s spies.

If this is not twisted enough, now North Korea’s reckless pursuit of nuclear weapons and ballistic missiles threatens the entire world with unthinkable loss of human life.

It is an outrage that some nations would not only trade with such a regime, but would arm, supply, and financially support a country that imperils the world with nuclear conflict.  No nation on earth has an interest in seeing this band of criminals arm itself with nuclear weapons and missiles.

The United States has great strength and patience, but if it is forced to defend itself or its allies, we will have no choice but to totally destroy North Korea.  Rocket Man is on a suicide mission for himself and for his regime.  The United States is ready, willing and able, but hopefully this will not be necessary.  That’s what the United Nations is all about; that’s what the United Nations is for.  Let’s see how they do.

It is time for North Korea to realize that the denuclearization is its only acceptable future.  The United Nations Security Council recently held two unanimous 15-0 votes adopting hard-hitting resolutions against North Korea, and I want to thank China and Russia for joining the vote to impose sanctions, along with all of the other members of the Security Council.  Thank you to all involved.

But we must do much more.  It is time for all nations to work together to isolate the Kim regime until it ceases its hostile behavior.

This sort of existential language – talking of North Korea’s government as “evil”, bracketing it with a group of other “rogue regimes” (specifically Iran, Venezuela and Cuba) in a way eerily reminiscent of George W. Bush’s previous “Axis of Evil” speech, ridiculing Kim Jong-un (North Korea’s “Great Leader”) as “Rocket Man on a suicide mission”, and threatening North Korea with “total destruction” – is guaranteed to raise hackles in Beijing.

Beijing’s response is the editorial in Global Times, whose sentiments are summed up by its title

Global Times follows this up with the very first sentence of the editorial, which most unusually directly criticises Donald Trump (China, like Russia, generally avoids personal criticisms of foreign leaders)

US President Donald Trump vowed to “totally destroy North Korea” at his UN address Tuesday. This is not what one expects from a US president.

Trump’s anger toward Pyongyang is understandable. China firmly opposes North Korea’s nuclear ambitions and has joined the UN in sanctioning the country. But it’s increasingly clear that pressure alone cannot address Pyongyang’s nuclear issue and actions should be taken to alleviate tensions on the peninsula. Vowing to “destroy” North Korea, Trump’s UN remarks dampened public hopes for the US to ease the situation.

Chinese and South Koreans strongly oppose war. “Totally destroying North Korea” would bring an ecological disaster unbearable to Northeast Asia, and Northeast China, Shandong peninsula and South Korea would all be engulfed by nuclear fallout. Thus the US president, instead of boasting of military strength, should try to avoid such a war.

Neighboring North Korea, China and South Korea naturally have different feelings from Washington about the “total destruction.” The US would be extremely selfish if it cannot understand Beijing’s and Seoul’s wish to peacefully address the issue.

If a nuclear war broke out, that would be a crime against Chinese and South Koreans by Pyongyang and Washington.

Eliminating potential security threats by war is crazy in the 21st century. The US may have the capability to destroy North Korea, but a peaceful solution would be the real victory.

Washington should address the North Korean conundrum in a way that conforms to the interests of all human beings, instead of pressuring and even destroying Pyongyang at the sacrifice of neighboring countries.

Confrontation between Pyongyang and Washington has escalated to a degree that we have never seen before. If Washington is worried about national security while possessing an overwhelming military advantage, then Pyongyang will only feel even more insecure. If the US President cannot calm down, how will the North Korean leader exercise restraint?

Washington is too obsessed with its strength. Its elites hold the view that as long as the US applies pressure to the full, it can crush any will that confronts the US. But the geopolitical rule tells us that some changes cannot be forced by threat of war. If the core interest of the other party is touched upon, it will mount a desperate resistance.

Worse still such language actually increases the danger of war, by making North Korea feel even more insecure, whilst at the same time making the “total destruction” of the “evil regime” of North Korea appear to be not just a US national security interest but even a moral duty.

As Global Times points out, such a war aiming at North Korea’s “total destruction” – which given North Korea’s possession of nuclear weapons would be certain to go nuclear (that is what the words in the editorial about North Korea “mounting a desperate resistance” refer to) – would have utterly devastating consequences for the surrounding countries, first and foremost for China and South Korea.

The Global Times editorial in China’s usual way tries to balance its criticism of Donald Trump and of the US with criticism of North Korea.

Pyongyang must bear equal responsibility for the worsening situation. It’s a delusion if North Korea believes it can break the stalemate by advancing nuclear and missile technology. The world won’t accept North Korea as a legitimate nuclear state. There is no hope that it can overcome this view.

The point about these words however is that in a sense they are also a criticism of the US.  What the Chinese are saying is that the US and North Korea are as bad as each other.  Not only is that a claim which the US would vehemently reject.  It is one which by placing the US on the same level as North Korea (an “evil rogue regime”) the US is bound to see as insulting.

Behind these strong Chinese words one senses feelings of deep dismay.  How else to explain words like “crazy” and “Washington being too obsessed with its strength”?

Unlike Russia, which in the Arctic directly borders on the US, and which has to deal every day with NATO on its doorstep and with US regime change strategies and wars in its “near abroad” and in the Middle East not far from its borders, China has been protected from the worst effects of US foreign policy by the fact that it has no land border with any US ally and is separated from the US itself by the vast expanse of the Pacific Ocean.

In addition, since the end of the Vietnam war in the 1970s, China’s neighbourhood in the Asia Pacific region unlike Europe and the Middle East has been for the US an area of only peripheral geostrategic interest.

The result is that the US has until recently left the Chinese alone, enabling them to build up their now massive economic position quietly by themselves.

That to a certain extent has made the Chinese complacent, so that every so often one comes across an article in the Chinese media which hints that the Russians by their actions have brought at least some of their problems with the US upon themselves.

In the Korean Peninsula and in the South China Sea the Chinese are now for the first time becoming exposed to the full weight of the aggressive and nihilistic maximalism of US foreign policy in the neocon era, which despite Donald Trump’s election victory it is now clear is still continuing.

The result is that the US threats of a total war in the Korean Peninsula with potentially catastrophic consequences for China and the rest of north east Asia have come as a shock.

Moreover the Chinese are undoubtedly aware that Donald Trump is not the only person in the US who is talking in this way, with persistent rumours that General H.R. McMaster, President Trump’s National Security Adviser, is one of those who along with Senator Lindsey Graham are pressing for a “solution” of the North Korean problem involving an armed attack on that country, with all the catastrophic that will follow in its wake.

The Chinese have already made it clear that they will defend North Korea if the US invades North Korea and tries to overthrow its government.

As the full implications of the dangerous turn of US policy sinks in, it is now a foregone conclusion that the Chinese will be focusing increasingly on building up their defences. http://theduran.com/china-slams-trumps-un-speech-north-korea/