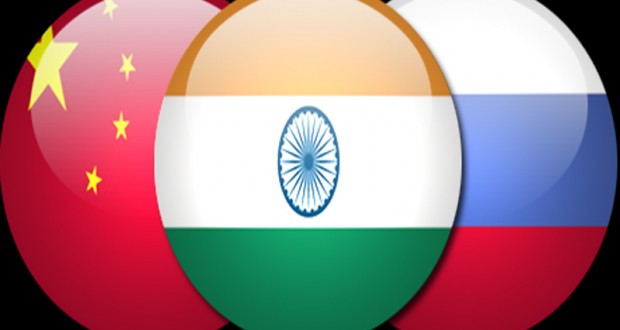 The US-unleashed propaganda war against China has reached unprecedented level in Latin America. Americans use all means at their disposal for that purpose, including hundreds of TV channels, thousands of radio stations and films telling about “Chinese threat”. Puppet journalists are regularly used now to make skillfully prepared fakes go around. Ballyhoo is raised by “ecologists” concerned over the China’s plans to build the Nicaraguan Canal or the joint China-Venezuela gold mining project in the Venezuelan national park. Even a furtive look is enough to pinpoint the source of this stories circulating around the Western Hemisphere from Mexico to Chile.

The Nicaraguan Canal is a good example of success reached as Beijing implements its Latin American strategy. The new waterway is really important for transporting Venezuelan oil and mineral resources from Central and South America. The United States has launched a campaign to obstruct the project. Wang Jing, the Chinese businessman behind the Nicaragua’s Interoceanic Grand Canal, is painted as an incompetent upstart. They spread rumors saying the Canal is doomed to failure as it lacks economic feasibility. No matter that, the construction started last December. The US replied by launching an operation to sabotage the project. Experts believe that the activities to undermine the construction of the waterway will be intensified in 2016 – an election year in Nicaragua. Washington strongly opposes Daniel Ortega and Sandinistas. One can be one hundred percent sure the will be another attempt to stage a color revolution in Latina America.

Washington perceives the China’s growing presence in the region as a serious geopolitical challenge, a threat to national security. President Obama constantly talks about US exceptionalism, but all the attempts of the United States to reshape the world map have ended up in bloodshed, devastated cities and the destruction of states with centuries-old cultures. Latin America perceives the United States as an empire, a hostile, egoistic and amoral force which could be countered only by strengthening consolidation, providing a new impetus to the process of regional integration and boosting military capability. That’s why Latin America fosters the relationship with other centers of power in the world. Beijing has correctly assessed the situation. Latin America is distancing itself away from the United States.

The contemporary Chinese politicians are pragmatic; they know well the continent and the special characteristics of the Latin American situation. Washington can hardly offer anything to counterbalance the promising prospects for cooperation with China. In 2000-2013 the trade turnover between Latin America and China grew by 22 times. It made China the continent’s leading business partner. China is already the largest trade partner of Brazil, Argentina, Venezuela and Peru. In 2014 its two-way trade with each of these countries exceeded the bilateral trade with the United States. Chinese banks increased their investments in the region by 70% against the background of US capital outflow. It’s not an occasion that many Latin American states call China a privileged partner. China adheres to the principles of equality and mutual benefit to facilitate the economic development of Latin American states.

The first ministerial meeting of the Forum of China and the Community of Latin American and Caribbean States (CELAC) took place in Beijing on January 9, 2015. The majority of Latin American countries took part in the event. The theme of the Meeting was „New Platform, New Starting Point, New Opportunity－Joint Efforts to Promote China-Latin America and the Caribbean Partnership of Comprehensive Cooperation.“ China’s President Xi Jinping attended the opening ceremony and delivered an important speech entitled „Jointly Writing a New Chapter of the China-CELAC Comprehensive Cooperative Partnership.“ Xi Jinping stressed that China is willing to work with Latin American and Caribbean countries to jointly build the new platform of China-CELAC overall cooperation from a long-term and strategic perspective, and to firmly grasp new opportunities in China-CELAC overall cooperation to jointly compose a new chapter of the China-CELAC comprehensive cooperative partnership. The Chinese government will invest $250 billion in Latin American and Caribbean countries over the next 10 years, in particular in mining operations and infrastructure projects, like the construction of railways, ports, highways and airports. The Chinese President said volumes of bilateral trade between China and the region’s countries could reach $500 billion by 2025. Dozens of bilateral agreements on cooperation in electronics, telecommunications, and biotechnology and space research were signed as part of the CELAC leaders‘ time in China. Beijing is going to share its experience in developing cutting edge technology and achieving progress in scientific studies. The Beijing forum put into writing a five-year cooperation plan. Its final declaration was signed by 33 foreign ministers of CELAC member states. The next meeting will be held in Chile in 2018 to sum up the results of cooperation between the leading Asian state and the countries of Latin America and the Caribbean.

China has been cooperating with Latin America in the field of space research for many years. Chinese state-owned company China Great Wall Industry Corporation and the Venezuelan government have signed an agreement to build and deliver into orbit Venezuela’s third satellite. It’ll be used for intelligence gathering. This year the Center for Space Research and Development in Puerto Cabello will open, where satellites will be designed, assembled, integrated, and verified for use in low orbits. The weight of a satellite will not exceed one ton.

Space is an important sphere of cooperation between China and Argentina. Argentina’s space program is one of the most advanced in Latin America. China plans to build an antenna for deep space observation in Argentina’s southern Patagonia region in Neuquen province. It also takes part in the Latin American effort to boost its defense capability. Chinese experts help Venezuela to produce drones for monitoring the Amazonian region. Chinese littoral ships and training aircraft are in high demand. Argentine President Cristina Fernández de Kirchner has recently visited China to sign agreements on co-operation in building a new ice-breaker, naval tugboats, mobile hospitals, and new warships for the Argentine Navy. Reports from mid-2014 indicate the Argentine Army evaluated the Norinco VN1 8×8 amphibious APC. Argentina and China are to form a working group to look at the possible transfer of a range of military equipment to Buenos Aries. Chief among this equipment is either the Chengdu Aircraft Corporation (CAC) FC-1/JF-17 or the CAC J-10 fighter aircraft. The cooperation in the field of space research and up-to-date weapons production facilitate the increase of China’s presence and influence in the region.