End Of U.S. Empire Due To endless Military Interventions? 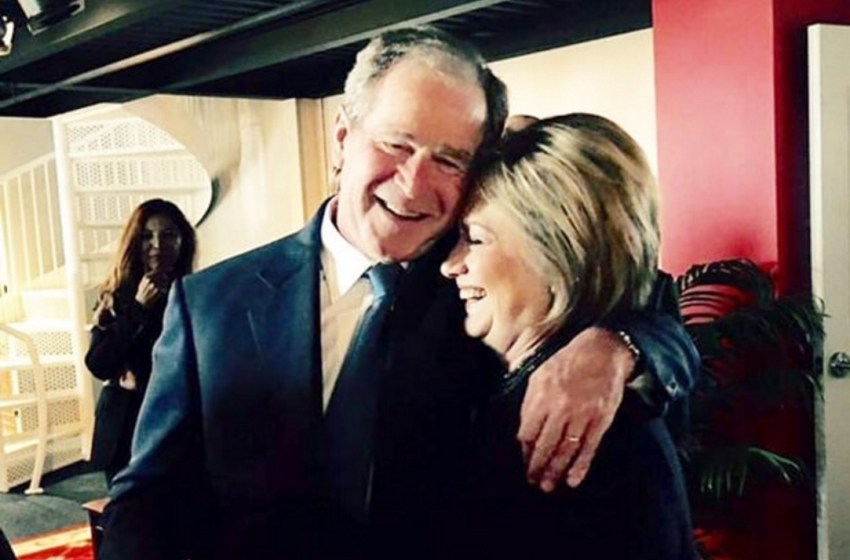 One book that predicted and encapsulated the description of what America used to be and will be was published in July 2002, it was in fact a series of essays written over 10 years. Its name ‘The Decline and Fall of the American Empire’ written by the outstandingly unique genius, the late Gore Vidal.

Vidal explained in his book how the pillars of the US constitution have been eroded and are gone forever, until we force a violent people’s revolution, something akin to the revolts all across France today. Necessary, not least, to stop the latest idea of regime change in places like Venezuela and Iran.

There has sadly been what looks like a silent coup in America – that has surrounded Trump with warmongers, bringing the NeoCons of the 1990s back!

Trump appears to have been, to a degree, marginalised somehow.

In the first part of the 21st Century, resulting and triggered by 9/11, we witnessed the destruction of the US constitution, due process of law and tragically the end of ‘fair play’ by Britain as She became a mere US satellite or as Blair was described when Prime Minister, a lap dog to American (and Israeli) interests.

This fall of the American Republic in a worse case scenario could eventually lead to a totalitarian State.

In Gore’s opinion, “the [American] Republic ended in 1950. Since then we have had an imperial system.” What are the chief characteristics of this system?

First, the USA intervenes in an aggressive way in almost every part of the world. According to Vidal research, since 1776, the USA has waged over 100 interventions and wars in different parts of the globe. Yet the Constitution stipulates that any war must be approved by Congress, not one of these wars or conflicts has been so approved. In fact, the last time an American President sought and obtained congressional approval for a war was in 1941, after the Japanese attack on Pearl Harbour.

Vidal points out something that has been long known to academics and historians but has never been publicly admitted, namely that President Roosevelt deliberately provoked the Japanese to attack Pearl Harbor. “Roosevelt wanted the USA to enter the war against Hitler, but he knew that 80 percent of Americans were against this. He knew that the only way to change this was by a major shock, and therefore set out to provoke the Japanese – who were the allies of Germany and Italy – to attack the US.

False flags have always been around one seems to be able to deduce.

Vidal then explained how President Truman got the USA involved in the Korean War (“which we lost like Vietnam”) by presenting it as a “police operation” (or ‘stopping communism’ in the case of Indo-China) that did not require the approval of Congress.

The US military aggression in Korea took place under the banner of the UN – like many many subsequent adventures.

Now we have wars called ‘humantarian interventions’ like Libya and soon could be in Venezuela.

Its important to reflect that Vidal was a most effective raconteur, who also possessed the necessary sense of humour. In his hands, wit is a deadly weapon, as sharp as a dagger. The young George W. Bush (“How I love that man!”) provides him with an endless source of anecdotes, one of which was new to me and very worth repeating. Bush’s opinion of the French: “The trouble with those guys is that they just don’t have a word for entrepreneur!”

If one is a pessimist, it wouldn’t be difficult in surmising that the  US ‘Elite’, ‘the Deep State’ would seems to support a US led world akin to an ‘Empire’.

US interventions are connected with only money; mega-projects, gas and oil.

Worth mentioning is another of Vidal’s books ‘Perpetual War for Perpetual Peace’, which was published in the USA, but then, as he remarked wryly, it ‘vanished’ to all intent and purposes. Not a single American newspaper was prepared to review the book. There was no publicity and no advertisements were accepted. As a well-known public figure and broadcaster, he received seven invitations to appear on different television programmes. Five of these were soon cancelled. CNN had invited him to debate his views, but the programme was cancelled half an hour before it was due to commence. The instructions evidently came from the top level in Washington. Do the words Orwellian or totalitarianism spring to mind and of course covert censorship seems far more prevalent today than it was then.

Citizens’ rights were demolished (the knee jerk after 9/11) when they passed the US Patriot Act, a document of 300 odd pages that Vidal stated “nobody bothered to read”. Rest of Europe and Britain followed with similarly intrusive laws.

Vidal’s view was that liberation from this system will come about as a result of an economic collapse possibly a global one. He further said as far as the US is concerned “This is inevitable, on the basis of the colossal debts we have been building up. This must lead to monetary breakdown at some stage. The writing is on the wall.”

So if you want to know what will happen next and for the rest of this century, should we see it out without a nuclear Armageddon, just read Gore Vidal and also books and articles written in the 1930s and 40s by Huxley, Orwell.

You will conclude the future looks pretty bleak. Let’s hope not. Source: http://theduran.com/the-end-of-the-u-s-imperial-system/