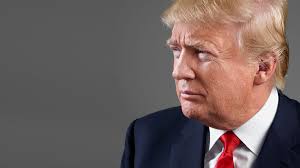 4 hours ago 99
In Speech to Congress President Trump lays out possible basis for detente with Russia based on abandonment of NATO expansion and regime change project in Russia.

Donald Trump’s first Speech to Congress focused mainly on domestic policy, with the President using the speech to set out the broad contours of his highly ambitious programme for re-industrialising America.

The speech nonetheless did make some important points on foreign policy, and in this article it will be those which I shall discuss.

There have been some claims that the speech had nothing to say about relations with Russia, and that Russia was not mentioned and featured nowhere in the speech.

This is completely wrong. Russia is clearly referenced in a lengthy passage in the speech, which is by far the single most important section of the speech discussing foreign policy. Though Trump wisely chose not to name Russia and his references to Russia were carefully veiled, nonetheless when the passage is read carefully the meaning is clear enough

Our foreign policy calls for a direct, robust and meaningful engagement with the world. It is American leadership based on vital security interests that we share with our allies across the globe.
We strongly support NATO, an alliance forged through the bonds of two World Wars that dethroned fascism, and a Cold War that defeated communism.
But our partners must meet their financial obligations.
And now, based on our very strong and frank discussions, they are beginning to do just that.
We expect our partners, whether in NATO, in the Middle East, or the Pacific — to take a direct and meaningful role in both strategic and military operations, and pay their fair share of the cost.
We will respect historic institutions, but we will also respect the sovereign rights of nations.
Free nations are the best vehicle for expressing the will of the people — and America respects the right of all nations to chart their own path. My job is not to represent the world. My job is to represent the United States of America. But we know that America is better off, when there is less conflict — not more.
We must learn from the mistakes of the past — we have seen the war and destruction that have raged across our world.
The only long-term solution for these humanitarian disasters is to create the conditions where displaced persons can safely return home and begin the long process of rebuilding.
America is willing to find new friends, and to forge new partnerships, where shared interests align. We want harmony and stability, not war and conflict.
We want peace, wherever peace can be found. America is friends today with former enemies. Some of our closest allies, decades ago, fought on the opposite side of these World Wars. This history should give us all faith in the possibilities for a better world.
Hopefully, the 250th year for America will see a world that is more peaceful, more just and more free.
(bold italics added)

These are extremely carefully chosen words which bear the hallmarks of a professional speechwriter and which were clearly discussed at length by Trump with his top foreign policy advisers: Pence, Tillerson, McMaster and Mattis.

That the discussions continued right up to the delivery of the speech itself is shown by the inclusion at the last moment of the words “and now, based on our very strong and frank discussions, they are beginning to do just that”.

These words were not in the final draft of the speech and were ad libbed by Trump as he was speaking it. Someone clearly was worried that without these words Trump’s other words about NATO would make NATO sound too obviously like a protection racket where money is paid in return for ‘protection’.

This follows the negative response in Europe to the recent tours of Europe by Pence and Mattis, where their demands for more money are known to have upset some NATO members.

What the rest of Trump’s words however clearly say is that the new administration wants to put the state of confrontation between the US and Russia behind it (“we must learn from the mistakes of the past”) so as to avoid the danger of continued confrontation and war. The US is even willing to befriend Russia – its past and present adversary – just as it has made friends with past enemies (“some of closest allies, decades ago, fought on the opposing side of these World Wars. This history should give us all faith in the possibilities for a better world”).

In order to achieve such a sustained improvement in relations with Russia the US is prepared to engage meaningfully with Russia on international questions (“direct, robust and meaningful engagement”), and accepts that Russia has a “right to chart its own path”. Whilst the US remains committed to NATO (“we will respect historic institutions”) it will no longer seek NATO’s further expansion into the former Soviet space by fomenting Maidan style coups there (“we will also respect the sovereign rights of nations”). Instead the US seeks to have with Russia “new partnerships, where shared interests align”.

The overriding message is that the new administration is no longer ‘exceptionalist’ or ‘universalist’ – seeking to expand US “values” all over the globe (“my job is to represent the United States of America”) – and that it wants “harmony and stability, not war and conflict” so that it can get on with its hugely ambitious domestic programme.

Contrast these emollient words with the veiled but chilling words addressed by Barack Obama to Vladimir Putin in his first Inaugural Address, with their ignorant and arrogant condescension and their implicit threat of renewed confrontation unless Putin did as the US wanted and departed the scene

To those who cling to power through corruption and deceit and the silencing of dissent, know that you are on the wrong side of history, but that we will extend a hand if you are willing to unclench your fist.
The Russians are fully capable of deciphering the code in Trump’s words even if doing so is beyond the skill of most Western commentators. They will not however make the first move but will wait and see what Trump and his team come up with.

Interestingly some positive predictions about the future of US – Russian relations were coming out of Moscow yesterday. Possibly the Russians were given some advanced notice of what was in the speech. Since Trump’s words go some way towards meeting their wishes, they are likely to be happier with this speech than they have been with anything else Trump has said about US – Russian relations up to now.

Donald Trump’s other comments in his speech on foreign policy were overwhelmingly focused on what is clearly his foreign policy priority: destroying ISIS and Jihadi terrorism. In a further sign that a professional speechwriter crafted the speech and that General McMaster (Trump’s new National Security Adviser) had a hand in it, the speech carefully spoke of “Radical Islamic terrorism” as opposed to the – wrong and inflammatory – previous “Islamic terrorism”.

Trump also made it clear that he intends to press ahead with his ‘travel ban’ Executive Order, which he explicitly defended as an anti-terrorist precautionary measure. A new Executive Order for that purpose is about to be enacted, and as I have previously said there is no doubt the President will get what he wants.

I should say the ‘travel ban’ Executive Order – which is an anti-terrorist measure not an immigration measure – should not be conflated with the wholly different issue of the Trump administration’s approach to immigration policy.

There are many contradictions in Donald Trump’s approach to foreign policy, which is still a work in progress. However on the central issue of US – Russian relations there is no basic incompatibility between what the Russians want and what he says he wants. The tone and content of Trump’s speech may be a first sign that he is starting to realise it. Whether, given the state of the anti-Russian hysteria in Washington and the opposition of many of the US’s allies in Europe to any improvement in relations between the US and Russia, he can deliver is another matter.