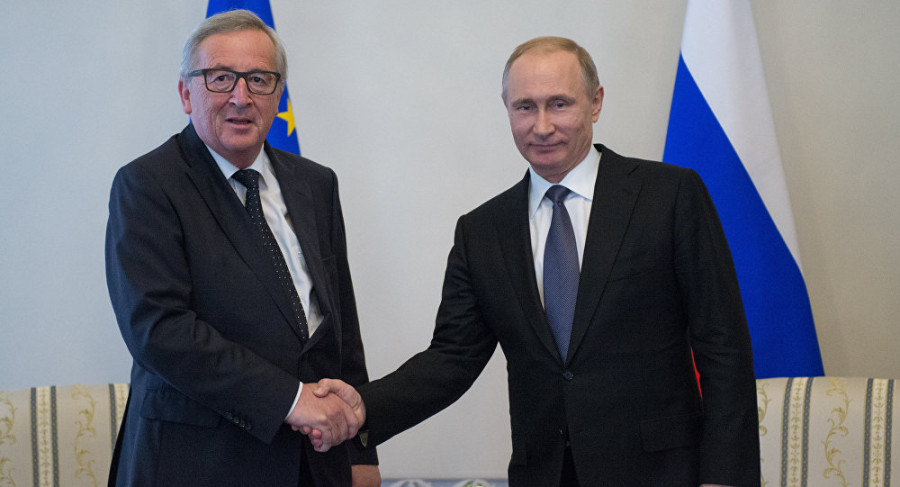 Civic and religious leaders in Germany are spearheading a new initiative to avoid war between Russia and the West.  deutsch: http://neue-entspannungspolitik.berlin/de/aufruf/

Vladimir Putin and Jean-Claude Juncker
Russian President Vladimir Putin meeting with Jean-Claude Juncker, president of the European Commission, in St. Petersburg on June 16, 2016. (AP Photo / Sergey Guneev)
A transatlantic appeal for a new policy of détente with Russia has been launched. The declaration’s authors invite the general public to join leading political figures and social activists who have publicly rallied to support the call.

GILBERT DOCTOROW Gilbert Doctorow is a professional Russia watcher going back to 1965. He is a board member and European Coordinator of the American Committee for East-West Accord.

ROLF EKÉUS Rolf Ekéus of Sweden was executive chairman of the UN Special Commission on Disarming Iraq from 1991 to 1997. He chaired the drafting of the principles of the Charter of Paris in 1990, a founding document of the Organization for Security and Cooperation in Europe.

NOAM CHOMSKY Noam Chomsky, Institute Professor emeritus at MIT, has written many books and articles on international affairs, in particular on Israel and Palestine. His latest book is Who Rules the World? http://ccisf.org/detente-now-new-call-peace-security-cooperation/