We have seen how China is meticulously planning all its crucial geopolitical and geoeconomic moves all the way to 2030 and beyond.

What you are about to read next comes from a series of private, multilateral discussions among intel analysts, and may helpfully design the contours of the Big Picture.

In China, it’s clear the path ahead points to boosting internal demand, and shifting monetary policy towards the creation of credit to consolidate the building of world-class domestic industries.

In parallel, there’s a serious debate in Moscow that Russia should proceed along the same path. As an analyst puts it, “Russia should not import anything but technologies it needs until it can create them themselves and export only the oil and gas that is required to pay for imports that should be severely restricted. China still needs natural resources, which makes Russia and China unique allies. A nation should be as self-sufficient as possible.” 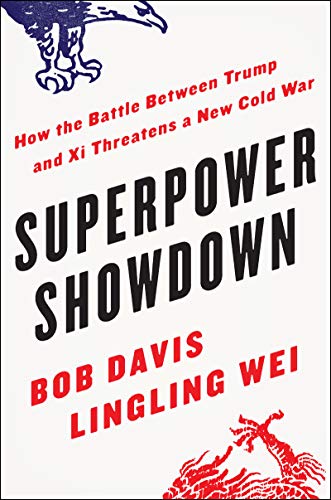 That happens to mirror the exact CCP strategy, as delineated by President Xi in his July 31 Central Committee meeting.

And that also goes right against a hefty neoliberal wing in the CCP – collaborationists? – who would dream of a party conversion into Western-style social democracy, on top of it subservient to the interests of Western capital.

Comparing China’s economic velocity now with the US is like comparing a Maserati Gran Turismo Sport (with a V8 Ferrari engine) with a Toyota Camry. China, proportionately, holds a larger reservoir of very well educated young generations; an accelerated rural-urban migration; increased poverty eradication; more savings; a cultural sense of deferred gratification; more – Confucianist – social discipline; and infinitely more respect for the rationally educated mind. The process of China increasingly trading with itself will be more than enough to keep the necessary sustainable development momentum going.

Meanwhile, on the geopolitical front, the consensus in Moscow – from the Kremlin to the Foreign Ministry – is that the Trump administration is not “agreement-capable”, a diplomatic euphemism that refers to a de facto bunch of liars; and it’s also not “legal-capable”, an euphemism applied, for instance, to lobbying for snapback sanctions when Trump has already ditched the JCPOA.

President Putin has already said in the recent past that negotiating with Team Trump is like playing chess with a pigeon: the demented bird walks all over the chessboard, shits indiscriminately, knocks over pieces, declares victory, then runs away.

In contrast, serious lobbying at the highest levels of the Russian government is invested in consolidating the definitive Eurasian alliance, uniting Germany, Russia and China.

But that would only apply to Germany after Merkel. According to a US analyst, “the only thing holding back Germany is that they can expect to lose their car exports to the US and more, but I tell them that can happen right away because of the dollar-euro exchange rate, with the euro becoming more expensive.”

On the nuclear front, and reaching way beyond the current Belarus drama – as in there will be no Maidan in Minsk – Moscow has made it very clear, in no uncertain terms, that any missile attack from NATO will be interpreted as a nuclear attack. 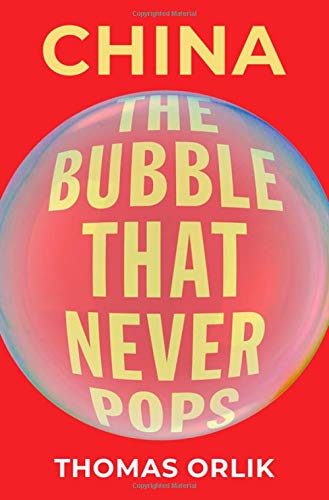 The Russian defensive missile system – including the already tested S-500s, and soon the already designed S-600s – arguably may be 99% effective. That means Russia would still have to absorb some punishment. And this is why Russia has built an extensive network of nuclear bomb shelters in big cities to protect at least 40 million people.

Russian analysts interpret China’s defensive approach along the same lines. Beijing will want to develop – if they have not already done so – a defensive shield, and still retain the ability to strike back against a US attack with nuclear missiles.

The best Russian analysts, such as Andrei Martyanov, know that the three top weapons of a putative next war will be offensive and defensive missiles and submarines combined with cyber warfare capabilities.

The key weapon today – and the Chinese understand it very clearly – is nuclear submarines. Russians are observing how China is building their submarine fleet – carrying hypersonic missiles – faster than the US. Surface fleets are obsolete. A wolf pack of Chinese submarines can easily knock out a carrier task force. Those 11 US carrier task forces are in fact worthless.

So in the – horrifying – event of the seas becoming un-sailable in a war, with the US, Russia and China blocking all commercial traffic, that’s the key strategic reason pushing China to obtain as much of its natural resources overland from Russia.

Even if pipelines are bombed they can be fixed in no time. Thus the supreme importance for China of Power of Siberia – as well as the dizzying array of Gazprom projects.

A closely guarded secret in Moscow is that right after German sanctions imposed in relation to Ukraine, a major global energy operator approached Russia with an offer to divert to China no less than 7 million barrels a day of oil plus natural gas. Whatever happens, the stunning proposal is still sitting on the table of Shmal Gannadiy, a top oil/gas advisor to President Putin. 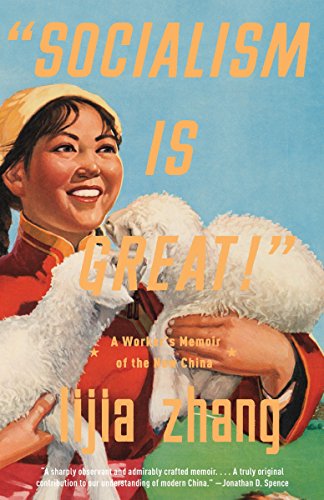 In the event that would ever happen, it would secure for China all the natural resources they need from Russia. Under this hypothesis, the Russian rationale would be to bypass German sanctions by switching its oil exports to China, which from a Russian point of view is more advanced in consumer technology than Germany.

Of course this all changed with the imminent conclusion of Nord Stream 2 – despite Team Trump taking no prisoners to sanction everyone in sight.

Backdoor intel discussions made it very clear to German industrialists that if Germany would ever lose its Russian source of oil and natural gas, coupled with the Strait of Hormuz shut down by Iran in the event of an American attack, the German economy might simply collapse.

There have been serious cross-country intel discussions about the possibility of a US-sponsored October Surprise involving a false flag to be blamed on Iran. Team Trump’s “maximum pressure” on Iran has absolutely nothing to do with the JCPOA. What matters is that even indirectly, the Russia-China strategic partnership has made it very clear that Tehran will be protected as a strategic asset – and as a key node of Eurasia integration.

Cross-intel considerations center on a scenario assuming a – quite unlikely – collapse of the government in Tehran. The first thing Washington would do in this case is to pull the switch of the SWIFT clearing system. The target would be to crush the Russian economy. That’s why Russia and China are actively increasing the merger of the Russian Mir and the Chinese CHIPS payment systems, as well as bypassing the US dollar in bilateral trade.

It has already been gamed in Beijing that were that scenario ever to take place, China might lose its two key allies in one move, and then have to face Washington alone, still on a stage of not being able to assure for itself all the necessary natural resources. That would be a real existential threat. And that explains the rationale behind the increasing interconnection of the Russia-China strategic partnership plus the $400 billion, 25-year-long China-Iran deal. 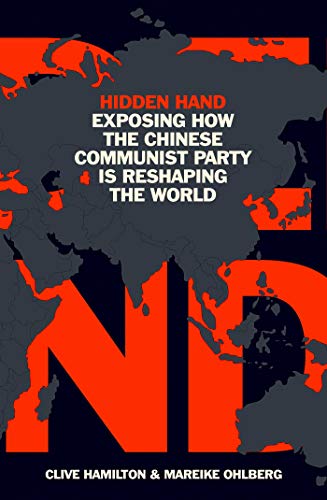 Another possible secret deal already discussed at the highest intel levels is the possibility of a Bismarckian Reinsurance Treaty to be established between Germany and Russia. The inevitable consequence would be a de facto Berlin-Moscow-Beijing alliance spanning the Belt and Road Initiative (BRI), alongside the creation of a new – digital? – Eurasian currency for the whole Eurasian alliance, including important yet peripheral actors such as France and Italy.

Well, Beijing-Moscow is already on. Berlin-Beijing is a work in progress. The missing link is Berlin-Moscow.

That would represent not only the ultimate nightmare for Mackinder-drenched Anglo-American elites, but in fact the definitive passing of the geopolitical torch from maritime empires back to the Eurasian heartland.

It’s not a fiction anymore. It’s on the table.

Adding to it, let’s do some little time traveling and go back to the year 1348.

The Mongols of the Golden Horde are in Crimea, laying siege to Kaffa – a trading port in the Black Sea controlled by the Genoese.

Suddenly, the Mongol army is consumed by bubonic plague.

They start catapulting contaminated corpses over the walls of the Crimean city.

So imagine what happened when ships started sailing again from Kaffa to Genoa. 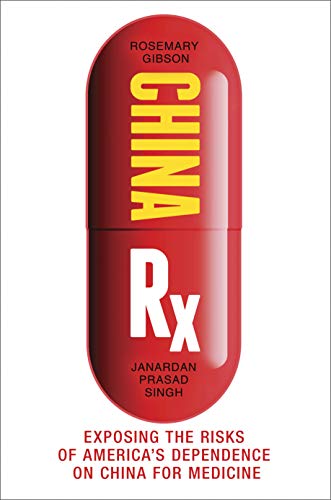 They transported the plague to Italy.

By 1360, the Black Death was literally all over the place – from Lisbon to Novgorod, from Sicily to Norway. As much as 60% of Europe’s population may have been killed – over 100 million people.

A case can be made that the Renaissance, because of the plague, was delayed by a whole century.

Covid-19 is of course far from a medieval plague. But it’s fair to ask.

What Renaissance could it be possibly delaying?

Well, it might well be actually advancing the Renaissance of Eurasia. It’s happening just as the Hegemon, the former “end of history”, is internally imploding, “distracted from distraction by distraction”, to quote T.S. Eliot. Behind the fog, in prime shadowplay pastures, the vital moves to reorganize the Eurasian land mass are already on.