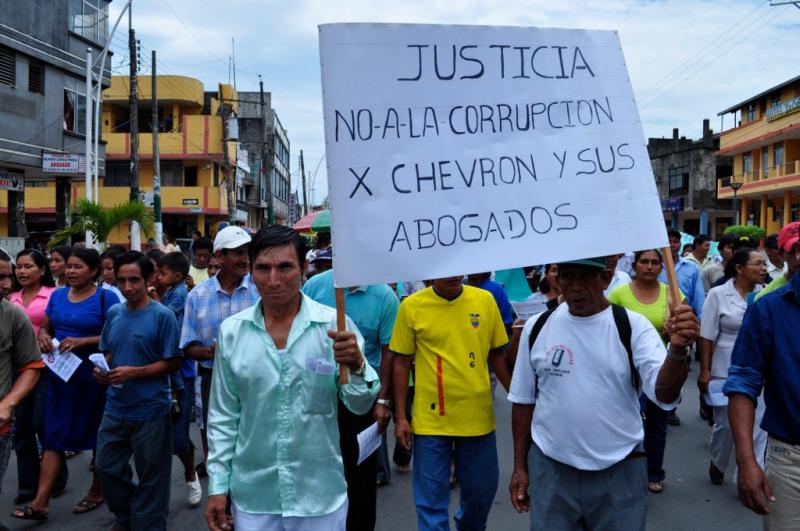 The President of Ecuador Rafael Correa praised the book The CIA Against Latin America – Special Case – Ecuador. Over 30,000 copies are in circulation. Written by Jaime Galarza Zavala and Francisco Herrera Aráuz the book tells a story about the dirty tricks the Central Intelligence Agency (CIA) was engaged in during the 1960s in Ecuador. The authors offer interviews with Phillip Agee recorded at different times. Agee was a retired CIA operative who turned against the Agency.

Ecuador’s Foreign Minister, Ricardo Patiño, thanked the journalists for their courage and allegiance to professional duty. Patiño said the grim events of those days may return as a result of distortions and manipulations normally practiced by the CIA. At an event celebrating the new book, Ricardo Patiño said, «These secret policies continue in Latin America today. Nothing that Philip Agee denounced as CIA actions in the past have been discarded by the espionage seen in the present». He added that the government will frustrate any attempts to exert pressure on the country, no matter Ecuador is targeted by US intelligence services. America has an advanced system of spying, it recruits agents from all walks of life, exercises control over media and disseminates hostile propaganda. Ecuador applies great efforts to counter the US spying activities. It’s not that easy – the United States has great experience accumulated over the years. The problem is getting more complicated. Ecuador is a small country and the mission to accomplish is a tall order, but it stands up to the challenge against all the odds.
No matter how strong is the US pressure, Ecuador does its best to preserve its sovereignty, independence and national control over resources. President Correa is sure other countries of Latin America face the same problems. The Obama administration wants to weaken leftist governments with the help of smear campaigns. Meeting journalists Correa actually asked questions himself. He said, «Do you really believe that the difficult situations faced by Dilma in Brazil, Maduro in Venezuela, Michelle Bachelet in Chile, Cristina in Argentina and the hard times Evo Morales of Bolivia had to go through before he held a sweeping victory, are all coincidental? All these people head leftist governments. Nothing like this happens with rightist leaders».
It’s hard to counter his arguments. The regimes friendly to the United States face no difficulties in their relationship with the US, for instance: Mexico, Honduras, Guatemala, the Dominican Republic, Columbia, Peru, Paraguay etc. These states appear to be more vulnerable to reproaches and attacks of different kinds, but Washington finds fault only with the governments led by leftist politicians.
The main drug traffic routes to America and Europe go through the countries under US control. Crime is rampant there. Drug lords command real armies that include thousands of well-armed «warriors». Mexico is the leader. Last year 43 college students were murdered in the Mexican state of Guerrero. The country is a transit route for those who want to cross the US border illegally. Criminal gangs wage turf wars.
The U.S. Embassy has recorded more than 100 murders of U.S. citizens in Honduras since 2002. But the United States turns a blind eye on the fact because Honduras hosts American military facilities and Washington has no wish to worsen the relationship. Corruption scandals frequently hit US friendly regimes but nothing is done to rectify the situation as they are considered to be fragile democracies to be fostered and protected. Guatemala offers a plethora of cases related to human rights and freedom of speech violations. But this country is a regional ally, so it’s more blessed to attack Ecuador or Venezuela raising ballyhoo over single cases to blow them out of proportions.
Addressing the National Assembly on May 24, President Correa said Latin America faces the threat of military coups as rightist elites are at the end of their tether. As he put it, «South American cannot discard the possibility of coups, including traditional ones, the desperation of the elites is dreadful, just look at what’s happening in Brazil, where people shamelessly call for a military intervention against the constitutional government,» exclaimed Correa. The President recalled the days when he also faced hard times. The Ecuador crisis took place on 30 September 2010, when elements of the national police supported by snipers tried to stage a coup. The President barely escaped. Back then the government took urgent measures in response: the ambassador of the United States was declared a persona non grata, the US military and DEA (the Drug Enforcement Agency) missions were told to leave the country, the United States Agency for International Development, (USAID) had to suspend its activities in Ecuador. Philip Agee said the Agency was used for funding organizations involved in subversive activities and bribing venal trade union leaders. In the 1980s one more US agency – the National Endowment for Democracy (NED) – came into the country to conduct activities of destructive nature.

The disclosures of CIA and military intelligence operatives involved in anti-government operations have become routine in Ecuador. They are sent away from the country to be substituted by other seasoned experts on organizing conspiracies, destabilizing countries and staging «color revolutions».
U.S. Ambassador to Ecuador Adam E. Namm shies away from confrontational statements. He remembers how President Correa reacted when his predecessors went too far. Namm holds an M.S. in National Security Strategy from the National Defense College. He has seen hard work serving terms in such complicated countries as Columbia and Pakistan. Namm coped with flying colors. In Ecuador he is waiting for the moment to act. Meanwhile the ambassador is consolidating the leaders of «anti-populist» movements and accumulating the potential for protests to deliver a decisive blow. Washington believes that the overthrow is not possible without bloodshed. But a bloody scenario is better than stability in the country ruled by a populist.
President Correa is adamant in his allegiance to independent policies. He hinders the accomplishment of US strategic objectives in South and Central America. For instance, he stands in the way of forming the US-controlled Pacific Alliance to include Mexico, Colombia, Peru and Chile. Correa considers the members of the Bolivarian Alliance for the Peoples of Our America (ALBA) as is natural allies. He calls on other Latin American heads of state to intensify cooperation within the framework of The Community of Latin American and Caribbean States(CELAC). The Organization of American States could become a platform for a dialogue with the United States and Canada in case its Charter is reviewed. The idea of getting together to oppose the US influence is attractive for many countries of the region.

Correa fights US Corporation Chevron which has done great damage to ecology in the areas near the Amazon River. The Ecuadoran President has invited everyone who is interested to come and see the damage with his own eyes. He accused the oil giant of criminal behavior, saying that what happened in the Amazon was no accident. Chevron, through its sister company Texaco, deliberately caused the oil catastrophe in the Ecuadorean jungle, the Latin American country’s president, Rafael Correa claimed May 21. Speaking on the International Anti-Chevron Day, Correa accused the oil giant of intentionally destroying the famous biodiversity and homes of thousands of people. «The disaster caused in the Ecuadorean forest is worse than that of Exxon Valdez in Alaska or BP in the Gulf of Mexico,» the President posted to his official Twitter account. «The worst difference is that those were accidents, what Chevron did was deliberate».
According to an Ecuadorian court’s decision, Chevron is to pay the compensation of 9, 5 billion to the residents of the Amazon region. It was found responsible for dumping billions of gallons of toxic waste to pollute 5 million cubic meters of land. The US administration is ready to go to any length to protect the Chevron’s interests. That’s why the US has intensified its subversive activities in Ecuador. Since some time ago the President of the country started to get frequent threat of physical violence. He had to cancel public appearances and take measures to bolster personal security.
According to media sources, Deputy Chief of Mission Douglas A. Koneff is responsible for operational activities to prepare the conspiracy. He also serves as the „Chief Operating Officer“ for U.S. Mission Ecuador. Douglas came to country in July 2014. Upon arrival he said, «I’m happy to work with the excellent team at the embassy to strengthen our historic ties with Ecuador». Time will tell what exactly ties he meant. He has seen military service as navigator and then as mission commander on specially-configured P-3C and EP-3E aircraft, managing a crew of 20 to conduct intelligence collection and reconnaissance against targets of U.S. national interest in Pacific, Atlantic, and Mediterranean theaters of operation. He coordinated intelligence support to social, physical science, and engineering specialists to assist Department of Defense warfighters carry out assigned national security missions. Douglas has also managed State Department Task Forces to coordinate the federal government’s response to crises affecting U.S. national security interests and American citizens worldwide. He has served terms in Chile and Indonesia. Serving as the Deputy Principal Officer at the U.S. Consulate General in Ciudad Juarez, Mexico, where he coordinated US and Mexican anti-drug effort. As the Deputy Chief of Mission he directly supervises the work of 9 U.S. Government agencies in Ecuador, including nearly 250 American and local staff at the U.S. Embassy in Quito, about 110 American and local staff at the U.S. Consulate General in Guayaquil, and oversees about 160 Peace Corps officers and volunteers. Douglas reports directly to the Ambassador and serves as Charge d’Affaires in his absence.
His team includes experts on clandestine operations: Edward M. Blodgett, Regional Security Officer, Timothy Peltier, Political Section, he serves as CIA agent under cover in Cuba and Romania, Nicole Weber, Economic Affairs Section (he has distinguished himself in India), A.J.Collazo, the Drug Enforcement Agency, Patricia L. Fietz, Consul General, Guayaquil and others. All these people will do their best to get rid of Rafael Correa before his third term expires.
source:
http://www.strategic-culture.org/news/2015/05/31/cia-and-chevron-against-president-of-ecuador.html