Christoph de Margerie: „Europe Does Not Need Another Berlin Wall“ by Natalia MEDEN 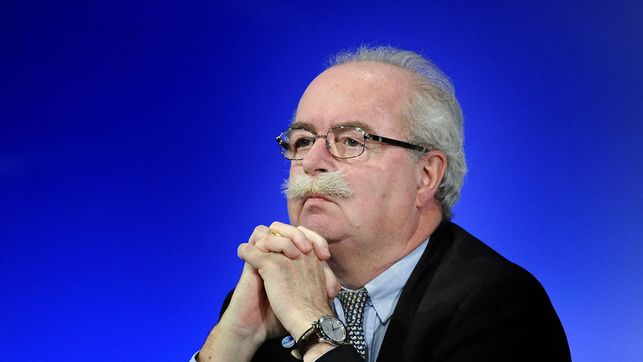 The tragic death of Christoph de Margerie, the chairman and chief executive of French oil company Total, took place at the time Russia badly needed the support of its friends abroad, especially the men of such stature. Mutual trust, respect of partner, the desire to get acquainted with the culture of the country one deals with to understand it better – these are the things that have always been the basis for developing international ties. In his piece To Settle the Ukraine Crisis, Start at the End published by the Washington Post Henry Kissinger said that understanding Russian history and psychology has never been «a strong point of U.S. policy makers». Perhaps not US policy makers only but their foreign counterparts as well.

The West closely surveys the public opinion and the way it evolves regarding international relationships. The sentiments are monitored to be directed the desired way. Take Germany, for instance. The official Berlin keeps on harping on that the Atlantic solidarity is irreversible. There are few German politicians who are not members of such organizations as the Atlantic Initiative, a non-profit independent organization founded in Berlin in 2004, the Atlantic Bridge, the leading private non-profit association founded in 1952 to promote German-American understanding and Atlanticism, the German Atlantic Community, a pro-US think tank founded in 1956 and the American Council on Germany, a private non-profit organization to promote reconciliation and understanding between Germans and Americans established in 1952. These are very influential organizations where bankers, businessmen and party leaders (except the Left Party) have seats on the boards of trustees. It’s kind of a mauvais ton not to take part in their activities. For instance, Angela Merkel is an Atlantic Bridge member.

A few generations of Germans have been brought up with the idea that America liberated them from two totalitarian regimes – fascism and communism. No matter that, anti-Americanism is very much alive among Germans, though it exists in a muted form. 57% of population believe that the United States is not a partner to trust, the same number of responders (57%) would like Germany to be more independent from the United States. Different polls (ARD Deutschlandtrend and TNS) conducted correspondingly in June and July 2014 confirm the trend.

At the same time 21% of Germans trusted Russia as a partner in May, the support for the partnership with the United States was higher – 38%. (1) Previously Russia enjoyed comparable level of trust -38% – in the autumn of 2010. After that the index went down to the lowest level in the March of last year. It’s worth to note that the Russia’s trust index among responders started to grow at the time it lowered for Germany’s allies – the United States, Great Britain and France. The overwhelming majority of Germans (89%) were against isolating Russia half a year ago, no surveys have been conducted since then. The German public opinion is divided on the issue of anti-Russian sanctions; the supporters of pressure on Russia had a small lead (54%) in early September before the sectoral sanctions were introduced. Still German politicians talk tough making no bones about what they say while the German media outlets look unanimous as if they were under censorship. Gregor Gizi, one of leading figures in the Left Party, spoke in spring in favor of return to détente and doing away with the ideas of confrontation in the spirit of Cold War. His remarks are hard to find in media even with a lamp in broad daylight. At that, he was once again accused of ties with East German Stasi intelligence service. What’s left of Stasi? A heap of paper to use as a source of finding something to incriminate when it comes to the citizens of former East Germany…

The German organizations that support good neighbor relations with Russia are no comparison to pro-Atlantic organizations; they are not so numerous and exert much less influence. For instance, the Union of Russian Economy in Germany (founded in 2011, its activities are not in spotlight as yet), the Petersburg Dialogue and the German-Russian Forum. It’s a known fact that Germany torpedoes the Petersburg Dialogue. A session did take place in April, but Germany eviscerated the format and essence of the event beyond recognition: the number of participants was reduced to 200 people, the discussions lasted only two and a half hours instead of two days as they normally last. In October the forum was prevented from taking place (Germany postponed it indefinitely) after a few public organizations (the German Green Party associated with the Heinrich Böll Foundation, Amnesty International and Greenpeace) sent a letter to the federal government calling for suspension of the event.

The Committee on Eastern European Economic Relations is normally considered to be an organization to lobby the development of economic ties with Russia. I believe this image has become a thing of the past. Indeed, some leaders (for instance, Eckhard Cordes, President, the Committee on Eastern European Economic Relations) have publicly spoken against the anti-Russian sanctions. But Dr. Rainer Lindner, the Executive Director of the Committee and at the same time the Chairman of the NGO German-Ukrainian Forum (founded in 1999), is an ardent supporter of the punitive actions. Recently he has taken part in a Germany-Ukraine energy cooperation forum held in Kharkiv. The Committee on Eastern European Economic Relations was established in 1952 as a joint organization of the leading associations representing German business to develop ties with Central and East Europe – the countries Germany did not have diplomatic relations with at the time. Today the committee supervises the relations with 21 countries including post-Soviet and Balkan states (the Republic of Kosovo counted as a country here).

It’s not organizations but rather people who lay down the basis for mutual trust between nations. The level of contributions differs; in some cases it by far exceeds the average like in the case of Christoph de Margerie. In July the head of Total told Reuters in an interview that Europe needs no Berlin Wall. «Are we going to build a new Berlin Wall?» he asked adding, «Russia is a partner and we shouldn’t waste time protecting ourselves from a neighbour … What we are looking to do is not to be too dependent on any country, no matter which. Not from Russia, which has saved us on numerous occasions». Before that, in June, the French company offered Gazprom to re-launch the Stockman project. Back then Russia and Austria agreed on a joint company to construct the Austrian arm of the South Stream gas pipeline. It was signed by Austria OMV (Austrian joint stock company «Österreichische Mineralölverwaltung») CEO Gerhard Roiss. Mr. Roiss resigned before time as was reported on October 14 and it’s hard to get rid of the impression that his stance on South Stream caused his resignation. The very same way the resignation before time of Peter Terium, former Chief Executive Officer of the Executive Board of RWE AG, looks like a punishment for his attempt to sell RWE DEA, a subsidiary company, to a Russian investor. The head of Siemens does not have to worry about his future as he was wise enough to move the headquarters of the company’s energy units to the United States. Transneft officials have reprimanded Siemens for delaying maintenance on work equipment, a thing unusual for Siemens. What made the company drag time on purpose? Wasn’t it the decision to relocate the units to the United States? Volens nolens the heads of Western companies have to play by the rules of the game imposed by politicians, otherwise they will be made to quietly submit resignations without attracting much public attention.