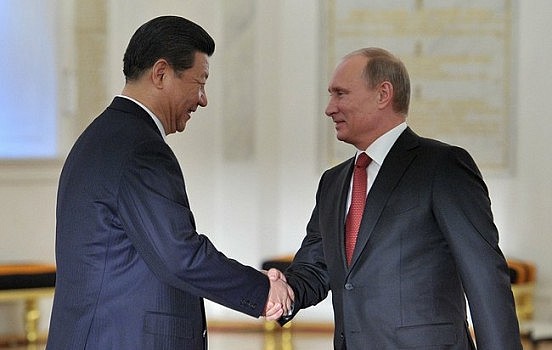 International relations seem to be at an intersection of choices, as the Western world still has ambiguous ties with the emerging economies. Both China and Russia have been pushed into a “non-Western” position.

The governments in both China and Russia play a vital role in guiding domestic recognition of the other nation within their own country. Non-governmental exchanges are not enough by themselves to support the strategic relationship. This relationship is vital for both sides as it is determined by the need for national interests, not out of simple utilitarianism.

The development of globalization expanded the Western political arena, and the process inspired non-Western countries’ political awareness but impaired their ability to independently select their own paths.

No country in recent years has succeeded by directly following in the footsteps of the West. Countries that do are caught in a dilemma since they have been deprived of the political legitimacy in exploring their own paths for development.

The biggest significance of the China-Russia partnership, in the foreseeable future, may be that it establishes an obstacle to the Western monopoly and protects the basic rights of the non-Western world, including the independence of national interests and the diversity of political systems.

Both China and Russia are world powers, and their emergence means a balanced global order. It is wrong for either China or Russia to perceive their relationship with the West as the source of their power.

China and Russia are capable of establishing a new strategic direction against the West and providing a promising future by securing their all-round partnership. This is in line with their national interests and will benefit their strategic position. Of course, China and Russia also have suspicions of each other, so it is everyone’s interests to build mutual trust.

Li’s first visit to Moscow offers a timely opportunity to consolidate bilateral relations for the future.

The visit demonstrates the confidence of both countries in securing relations in a year of global elections, and makes their partnership clearer and more attractive.