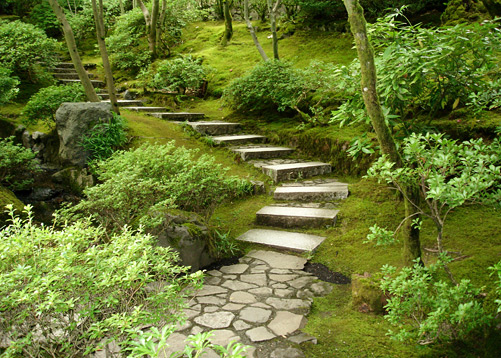 Over the last few weeks, the announcement of President Xi Jinping’s plan for modernizing China’s military, including building a second aircraft carrier, coupled with the recent announcement of China’s first-ever military support facility in East Africa’s Djibouti, revived the somehow repetitive but always interesting question on the «real intentions» of China.
Modernizing internally and speculating abroad
As a matter of fact, China’s military (like all other military establishments do), is cyclically updating, this time embracing its fifth modernization since the mid-50’s. And beyond its permanent concern for the state-of-the-art equipment, new reshuffle basically means more unified control by, first, strengthening the army leadership; second, moving away from its traditional land-centric system to a joint command system. In simple terms, «China wants to build a modern military system that can potentially win an information-based war».
As expected, speculations in the West started to appear that fit the hypothesis described in the «Coming conflict with China» book by Ross and Munro. The «China challenge» mentality gives rise to bizarre conclusions in articles published by institutions that contribute to the distorted views of the non-China specialized Western élites. It is the kind of approach that is traditionally and aprioristically applied to Beijing (and by the way to Moscow too).
The «China threat» vision is now adding to itself a paternalistic view arguing that the greatest challenge lies in dissuading Beijing from regional aggression while encouraging it to contribute to the international order, as it is contended in Christensen’s recent book, The China Challenge: Shaping the Choices of a Rising Power. As if recently Beijing had not been crucially contributing to combined international negotiation efforts to settle the Iranian crisis in 2015 and moderating in the unfolding North Korea «crisis» which follows Pyongyang’s allegedly fourth nuclear test since 2006. Not to mention Beijing’s contribution by hosting already scheduled 2016’s G20 Summit in Hangzhou. But most notably the misinformed and paternalistic view is neglecting Beijing’s contribution to the creation of major institutions and initiatives over the last months, such as the Asia Investment and Infrastructure Bank (AIIB), the BRICS bank (and BRICS-related initiatives), plus the One Belt, One Road initiative (including the new Silk Road Fund). As a whole, such moves in an amazingly short period of time represent the most important initiatives put forward by any power since the settling of post-World World II order.

Security planning implemented by Beijing over the last two years is coherent with the national interests of an emerging power on the international stage. In fact, it may even be behind its real international role, if we consider that China is, in the words of Lee Kuan Yew, «the biggest player in the history of mankind».
Pivoting and competing
In 2006 the US (who since George Bush’s administration turned China’s definition from «strategic partner» to «strategic competitor») was the main trading partner for 127 countries, compared to only 70 for China. In 2012 it was 124 for China, 76 for the US. Last year Beijing surpassed US’s economy at Purchasing Power Parity (PPP).
In 2014 Beijing’s military expenditure reached $216 billion, 2.1% of its GDP, compared to Washington’s $610 billion, 3.5 % of its GDP, according to the much commented Stockholm International Peace Research Institute (SIPRI)’s 2015 report.
And while Beijing has just announced its first-ever overseas military support facility in East Africa’s Djibouti, there are around 800 US military bases in 80 countries worldwide (40 in 1989). While evidence shows that Beijing is clearly willing to play an assertive role mainly in order to secure raw material supplies to bolster the growth which is a key component of world’s economy in times of uncertainty, Washington’s military expansion tries to secure US’s hegemony without signs of strategic effectiveness. In fact, overseas bases in distant regions and regional dynamics poorly understood have been adding to a less secure world, and absurdly enough, pushing against Washington’s long-term hegemonic designs.
In terms of conflict-engagement, global Pax Americana cannot compare with the emerging Pax Sinica in both, economic and defense terms.
Insights from the present, insights from the past
Last October the Permanent Court of Arbitration in Hague ruled that the case of territorial claims in the South China Sea filed by the Philippines against China falls under its jurisdiction. This case and the ruling are strongly opposed by Beijing, which, however, has not menaced Manila in any way. In contrast to that, last December US secretary of Defense, Ash Carter, onboard of a US aircraft carrier sailing in the South China Sea delivered a speech defending the principle of «free navigation» and Washington’s role as a regional «stabilizing» factor.
Would China be mad enough to disrupt a marine route through which more than $5 trillion in global trade passes every year? Apart from damaging China’s vital interests, such a scenario would lead to subsequent escalation, that would include not only the Philippines, but also Vietnam, Japan and the US, leading to brinkmanship. That would be too unreasonable to consider. As the Chinese saying goes, «Peace with neighbors brings prosperity at home».
In recent years and decades there was no trace in China’s international behavior resembling, for instance, the «accidental bombing» of the Chinese embassy in Belgrade by US bombers in 1999 (allegedly an act outside NATO’s framework). Or the 2001 US EP-3 plane spying «incident» south of Hainan’s island in Southern China. Or the above mentioned landing of the US Secretary of Defense on an aircraft carrier in the South China Sea. In other words, and conversely, showy and unnecessary Chinese surveillance of US territory from planes flying on relatively low altitude, or a Chinese deputy secretary of State landing on a Chinese aircraft to deliver a speech on sea freedom and promising support to Caribbean partners, let’s say in the Gulf of Mexico, has never taken place.
For years China has been following the «peaceful rise» theory, first made public by Chinese strategist Zheng Bijian at the Boao Forum in 2003, and this theory is fully valid for 2016. Zheng said that: «China will not follow the path of the great powers vying for global domination during the Cold War. Instead, China will transcend ideological differences».
How long will it last?
It’s practical to keep in mind Sun Tzu’s strategic thinking, with its classic dictum being: «if you know the enemy and know yourself, you need not fear the result of a hundred battles» – winning without fighting.
The facts confirm that today’s China is a cautious and peaceful power. And the facts don’t lie.http://www.strategic-culture.org/news/2016/01/21/china-on-peaceful-path.