China and Russia: The New Guarantors for Justice By Matthew Ehret 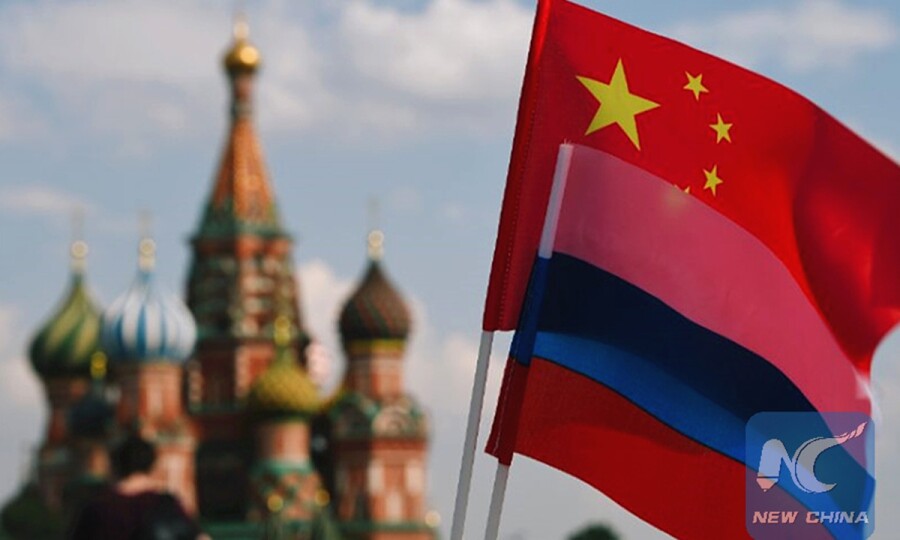 China and Russia have made it absolutely clear that they recognize the sad fact that the oligarchy in firm control of the western alliance is adamantly intent on burning all possible diplomatic avenues of cooperation and dialogue as the Hindenburg of the western financial system continues to careen towards a fiery oblivion.

It didn’t take long for the behaviorist zombies and NATO-philes managing the recent U.S. color revolution to undo any remnant of hope that some form of sane foreign policy might emerge from the U.S. establishment.

Nothing could be worse than the neocons running much of Trump’s foreign policy thought many of the leading members of both Chinese and Russian intelligentsias in recent months. However, with the recent barrage of sanctions launched upon both Russia and China this week in coordinated fashion by Canada, the USA and EU, preceded by accusations by America’s leading geriatric hologram that Putin is a soulless killer, it has become clear that unless a great systemic change occurs in the west, there is no hope for dialogue or cooperation. This was made absolutely clear in the malicious ambush set up by the U.S. State Department which attempted to publicly attack and shame the Chinese in Alaska on March 18.

The fact that the results of the March 23 meeting between Foreign Ministers Sergei Lavrov and Wang Yi in the South China Guanxi Zhuang Autonomous Region resulted in a renewed joint statement on Global Governance should come as no surprise. Calling for a tightened bond of brotherhood between the two nations, Yi stated that Russia and China must “act as guarantors of justice in international affairs” and stated that “China is ready to promote the international system established by the United Nations, protect the world order based on international law and abide by universal values such as peace, development, justice, democracy, equality and freedom.”

While the Five Eyes and other NATO-phile lap dogs of war sing the praises of the “rules-based order”, China and Russia have made the point repeatedly this week that the only international order they will adhere to is the one that involves all nations and not merely the handful of imperial hypocrites among the Trans Atlantic pushing for a unilateral world government. While these same self-righteous unipolarists self-adulate each other in their echo chambers, the victims of IMF-World Bank debt slavery, humanitarian bombings, drone assassinations, CIA-MI6 run regime changes, and color revolutionary conspiracies directed ultimately at Russia and China look hopefully towards the multipolar alliance as the only pathway to a future worth living in.

While praise for the UN Charter has confused some who naively believe the world body itself to have been the product of the unipolar world government agenda 76 years ago, there is a more nuanced reality to be discovered. When one actually takes the time to read the charter and study the battles waged during the time of the UN’s creation, it becomes clear that the leaders of Russia and China know exactly what they are doing. The UN charter which they defend firmly establishes respect for the sovereign of each nation state as a primary objective of the world organization and grants members of the Security Council on whose body both Russia and China sit, power to veto any military decision. Additionally, the charter mandates economic justice for all and mutual interest as primary goals of the organization. All of these things stand in direct opposition to the sort of thinking coming out of the dystopic minds of Davos luminaries and “rules-based orderists” trying to manage the new world order today like gods of Olympus.

The March 23 treaty re-affirms those commitments made in the 2001 Russia-China Treaty of Good Neighborliness and Friendly Cooperation whose 20th anniversary occurs this Summer. It also invokes the 2016 Joint Declaration on the Promotion and Principles of International Law which firmly embedded the Belt and Road Initiative and Russian-led Eurasian Economic Union into one unified package.

This during the meeting, Lavrov and Yi added the important component of economic liberation from the U.S. dollar hegemony to the discussion and made scientific and technological cooperation the driving force of the new economic/security system that needs to be brought online in short order. On these points Lavrov stated:

“In addition to strengthening cooperation under the UN framework on the immediate end to unilateral coercive measures, China and Russia should also take the opportunity to enhance their scientific and technological innovation and improve their national strength in response to the sanction.”

Lavrov alluded to the necessary new financial architecture that needs to arise out of the multipolar alliance by “promoting settlement by local and other international currencies that can replace the U.S. dollar so as to gradually move away from the western controlled payment system”.

This last point reflects a process that has already been well underway for some years implicitly as both Russia and China have begun managing their payment systems increasingly outside of the U.S.-controlled SWIFT system and instead have relied increasingly on the Russian-made System for Transfer of Financial Messages created in 2014 and the China International Payments System (CIPS). In his speech, Lavrov made the point that today China has become Russia’s largest trading partner, and after the Power of Siberia is completed, Russia will become the #1 supplier of energy to China. As of 2020, $107 billion of trade occurred between the two nations with 25% of that total occurring in local currencies. This is a huge step up from the mere 2% in 2014-16.

While the western governments are locked under the control of a Malthusian-minded priesthood ideologically committed to the deconstruction of civilization under a green financial dictatorship, the China-Russian alliance is founded upon sturdier stuff.

Premising their self-interest not upon the projection of power, and intimidation of the weak, but rather upon the Five Principles of Peaceful Coexistence outlined in the 1955 Bandung Conference, China and Russia have recognized that the only pathway to a viable future is located in the power of creation (aka: breaking free of zero-sum thinking). The leaders of these nations know that if resource scarcity press upon the potential to sustain the lives of people, it is better to inspire creative ideas, and unleash new discoveries under a dynamic of scientific progress rather than cut down the population to adapt to those limits which computer models attest is our carrying capacity.

Already both Russia and China have established a firm foundation for an alternative system which is open for anyone to join and which respects the developmental pathways, political systems and cultures of all diverse participating nations.

This harmony of the parts with the greater good of the whole is possible because the practice is founded upon a discoverable principle of Natural Law which has found the human species in a living universe where both freedom, law and duty all co-exist. This coherence of the whole and the parts once animated the minds of statesmen of the west who authored such foundational documents as the Treaty of Westphalia (1648), Declaration of Independence (1776), the U.S. Constitution (1787) and UN Charter (1945). This principle of statecraft was invoked by such great men as Abraham Lincoln, Franklin Roosevelt, Charles DeGaulle and John Kennedy (to name a few) who each in their own way defended the General Welfare while simultaneously upholding the unalienable rights of the individual to the chagrin of the financier oligarchy. These men did this via the use of strong federal power to build great projects, regulate private finance all while amplifying the power of private enterprise and individual rights of each citizen. Before the bipolar days of the Cold War brainwashed the majority of citizens into believing they had to plug themselves into either a “communist” or “free market capitalist” cage, this system was known around the world as “The American System of Political Economy”.

Sadly, this pre-condition for human survival has long been forgotten in the west.

It is now Russia and China who are leading the “guarantors of justice in world affairs” as both nations have united in co-constructing the first lunar base together, advance asteroid defense systems (which deal with an actual threat to our planet unlike those fake crises advocated by fear mongers at Davos and London), and are working on overtime to extend the New Silk Road across Africa, Asia, Latin America as well as the Arctic in the form of the Polar Silk Road. Whether or not the west is capable of rediscoveries its lost better traditions at this late date remains to be seen.

Matthew Ehret is the Editor-in-Chief of the Canadian Patriot Review , a BRI Expert on Tactical talk, and Senior Fellow at the American University in Moscow. He is author of the‘Untold History of Canada’ book series and in 2019 he co-founded the Montreal-based Rising Tide Foundation . Consider helping this process by making a donation to the RTF or becoming a Patreon supporter to the Canadian Patriot Review.

Help us grow. Support The Duran on Patreon!