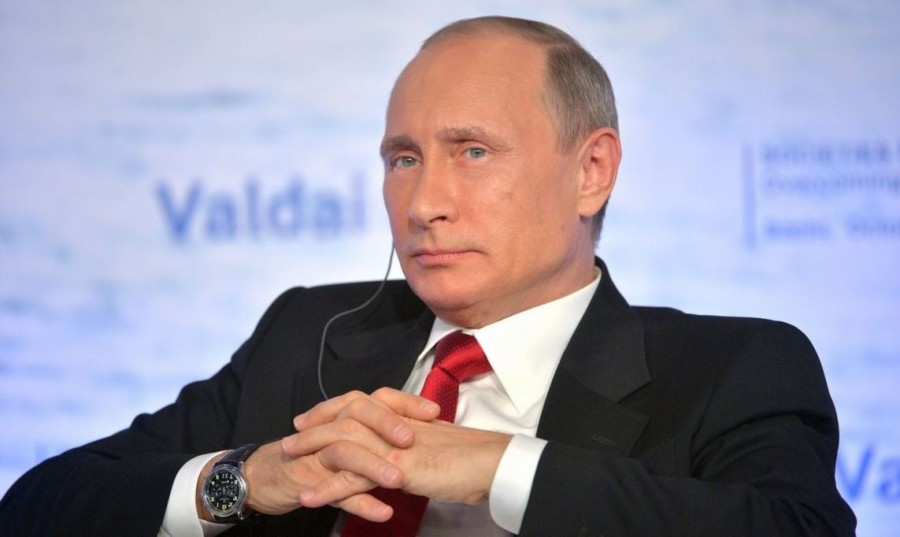 Future historians may well record 2016 a vintage year for Russian President Vladimir Putin. At any rate, at this point we can say it has been a good year for the Russian leader and his country’s international standing. Even Western media, which did its best to discredit, even demonize, Putin have had to admit so, albeit begrudgingly.

This week, the London Financial Times described the Russian leader as «Buoyant Putin». While last week, the Washington Post headlined: «Moscow has the world’s attention. For Putin, that’s a win».

The Washington Post surveyed some of the key developments over the past year as being in Putin’s favor, including a shaky European Union and the British Brexit vote to quit the bloc, an unwieldy NATO military alliance unsure of its purpose, the election of Donald Trump to the US presidency, and the retaking of the strategic Syrian city of Aleppo.

The victory by the Syrian army in Aleppo, crucially aided by Russian military power, was surely a crowning achievement for Putin. When Putin ordered intervention in Syria at the end of 2015, it was predicted by US President Barack Obama that the move would result in a quagmire for Russia. A year later, Putin’s decisive intervention has been vindicated as rolling back a jihadist campaign to destroy Syria.

Syrians celebrating the defeat of extremists in Aleppo have not only confounded earlier predictions; the «liberation», as it is being feted by Syrians, serves to expose Western governments and their media as having grossly distorted the war as some kind of popular uprising against a «tyrannical regime», rather than being what it is: a foreign-backed criminal conspiracy for regime change deploying jihadi terror proxies.

So the Russian-backed military campaign in Syria is a clear winning event for Vladimir Putin.

However, on the range of other world events outlined above, while they may be said to be in Putin’s favor, it is more a case of denial by Western leaders about their own failures, instead of attributing these setbacks to the alleged machinations of the Russian leader.

Putin may indeed be «buoyant». But it is also true that the mixed political fortunes are due to the sinking of Western mis-leaders through their own incompetence and baleful policies.

The Washington Post article cited above had this to say: «The Russian leader is winning because the post-Cold War order he has railed against has been thrown into chaos, and the Kremlin’s fingerprints are widely seen to be all over it».

Just who is «widely seeing» the Kremlin’s alleged depredations is not specified by the Washington Post. But a safe assumption is that the newspaper is being led by US intelligence and the CIA in particular, whose multi-million-dollar links to the outlet’s owner Jeff Bezoz have been documented elsewhere by Wayne Madsen.

It is true that Putin has often deplored the post-Cold War order of American unipolar ambitions, its disregard for international law and its conceited «exceptionalism» for unleashing military violence to enforce foreign interests. Putin has said that such policy is the fount of chaos in international relations. If anything, he has been proven right when we survey the conflict-ridden mess of the Middle East from US wars, supposed «nation-building» and regime-change operations. But to then attribute this chaos of the post-Cold War as having the «Kremlin’s fingerprints all over it» is an absurdity.

The same goes for other aspects of post-Cold War «chaos». The election of Donald Trump to the White House is alleged by the Washington Post, New York Times, NBC and other US media giants as being the result of Putin overseeing Russian computer hackers interfering in American democracy. Russia has rejected those claims as «ridiculous» – as has Trump.

Rather than dealing with political and social reality of internal decay, the American establishment has tried to divert the cause to alleged Russian malfeasance. The reality is, however, that popular American sentiment is one of disgust with the Washington establishment and its mis-leaders in both main parties, Democrats and Republicans. That disgust embroils the mainstream media which is seen to be an integral part of a corrupt, venal establishment.

To try to lay the «blame» for Trump’s election on Russian cyber-attacks is an insult to a large section of the American citizenry. It is also a sign of chronic denial by the Washington establishment that decades of economic and foreign policy are in shambles – a shambles of its own making.

The same too for the Brexit referendum held in June which saw the stunning result of Britons wanting to quit the European Union. On the back of CIA-inspired claims about Russian interference, British politicians who are miffed over the Brexit result have parlayed similar claims that the Kremlin’s meddling was behind that outcome. Russia has also hit back to rubbish the British claims.

But rather than getting a grip on reality, the official Western paranoia about alleged Russian subversiveness is becoming even more fevered.

With hotly contested national elections coming up next year across Europe, incumbent governments are decrying what they «discern» as Russian interference to push populist, anti-EU, anti-immigrant parties. Voice of America reported this week: «Europe braces for Russian cyber assault before 2017 elections» in Netherlands, France and Germany.

VOA added: «As the chief European architect of sanctions against Russia, analysts say German Chancellor Angela Merkel is the European leader Moscow would most like to see voted out of power».

As with the Brexit and Trump, it is an elitist insult to citizens’ intelligence and their democratic rights, by imposing what is a scare-campaign to discredit widespread popular discontent with establishment governments and the status quo.

People across the West, the US and Europe, are simply infuriated by elitist governments that pursue failed policies of economic austerity and a pro-Atlanticist Cold War geopolitical agenda of hostility towards Russia, inflating a NATO monstrosity based on Russophobia, and slavishly following American imperialism around the world.

Syria may have proven to be a triumph for Putin and his principled stand to defend Syrian sovereignty from a US-led covert war for regime change. But Syria also represents an unmitigated disaster for Washington and its Atlanticist European acolytes.

The massive influx of refugees from Syria and other Middle East war zones is the direct result of the US and its NATO allies waging illegal wars and sponsoring terrorist proxies – the latter in the mendacious notion of being «moderate rebels».

The terror attacks that have shocked France and Germany over the past year – the latest one in Berlin when 12 people at a Christmas market were killed by an alleged jihadist asylum-seeker plowing a 25-ton lorry into them – are the corollary of Hollande and Merkel being complicit in US imperialist wars across the Middle East.

Merkel’s «open door» policy to a million refugees is a failed policy. That judgment is not based on racism or xenophobia. Merkel’s failure is due to her allowing Germany to become an escape valve for US, British and French criminal machinations of regime change in the Middle East.

So it has been a good year for Putin and Russia’s international standing generally – the recent appalling assassination of ambassador Andrey Karlov in Ankara notwithstanding.

It’s also been an atrocious year for Western politicians of the Atlanticist mold. But their downfall is due to their own corruption and incompetence. To seek to scapegoat Vladimir Putin and Russia as «interfering» or «sowing chaos» is a contemptible denial of Western official culpability.

Such is the collapse in official Western politics and institutions, including the establishment media, that the more they spin the anti-Russian narrative, the more popular revolt will grow against their «mis-leaders».

If 2016 becomes a vintage year for Russia, for the West it is proving to be year when the official political vessels cracked open with bitter contents.